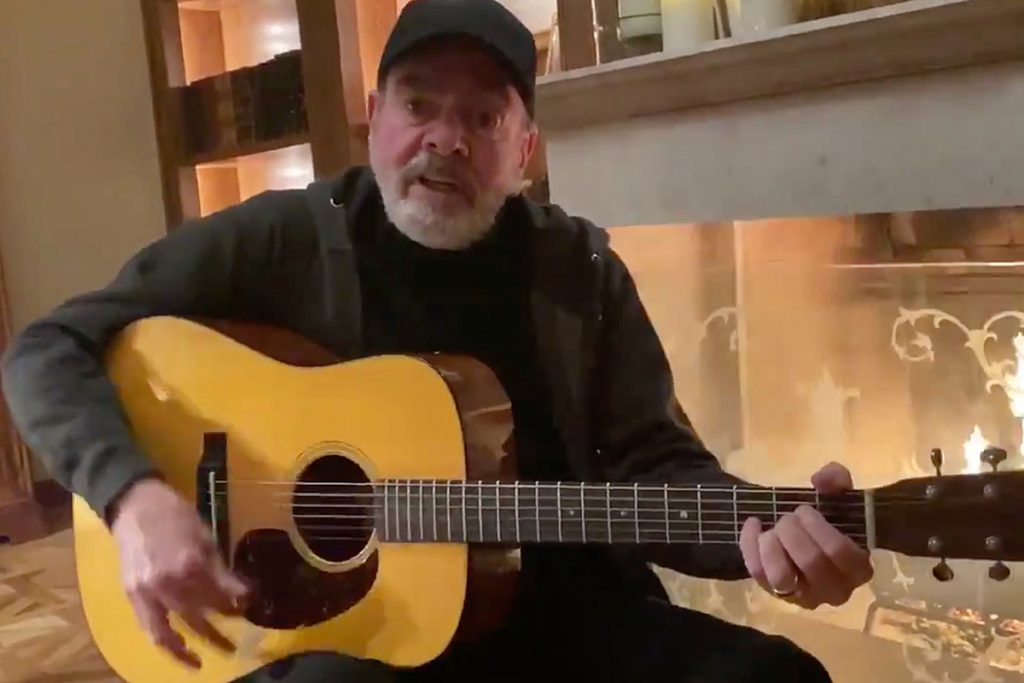 Neil Diamond has updated his classic song “Sweet Caroline” in response to the ongoing coronavirus pandemic.

“I know we’re going through a rough time right now, but I love ya,” the singer stated in a video posted to social media. “I think, maybe if we sing together, well, we’ll just feel a little bit better. Give it a try, okay?”

The Rock and Roll Hall of Famer, seen comfortably sitting by his fireside, then began strumming his acoustic guitar, launching into a rendition to his classic 1969 hit. But, as the song reached its famous chorus, Diamond revealed updated lyrics to reflect modern times.

This isn’t the first time the song has received increased spotlight during the coronavirus outbreak. Early in the pandemic’s news cycle, memes using “Sweet Caroline”’s famous lyrics appeared all over Twitter and Facebook (see example below).

Diamond originally penned “Sweet Caroline” in 1969, releasing it as a single later that year. It peaked at No. 4 on the Billboard Hot 100 chart and has since maintained a continuous place in pop-culture via cover versions, appearances in TV and movies and use by many major sports teams.

The rocker retired from touring in 2018 due to his battle with Parkinson’s disease, though he continues working on projects, including an upcoming musical.

In a separate tweet, Diamond took the time to honor the many unsung heroes fighting COVID-19 and its effects on society. “Thank you healthcare workers, first responders, supermarket employees, food service and utility workers, delivery drivers and everyone out there who is on the frontlines to keep everyone safe,” the rocker proclaimed. “We applaud you!!!”