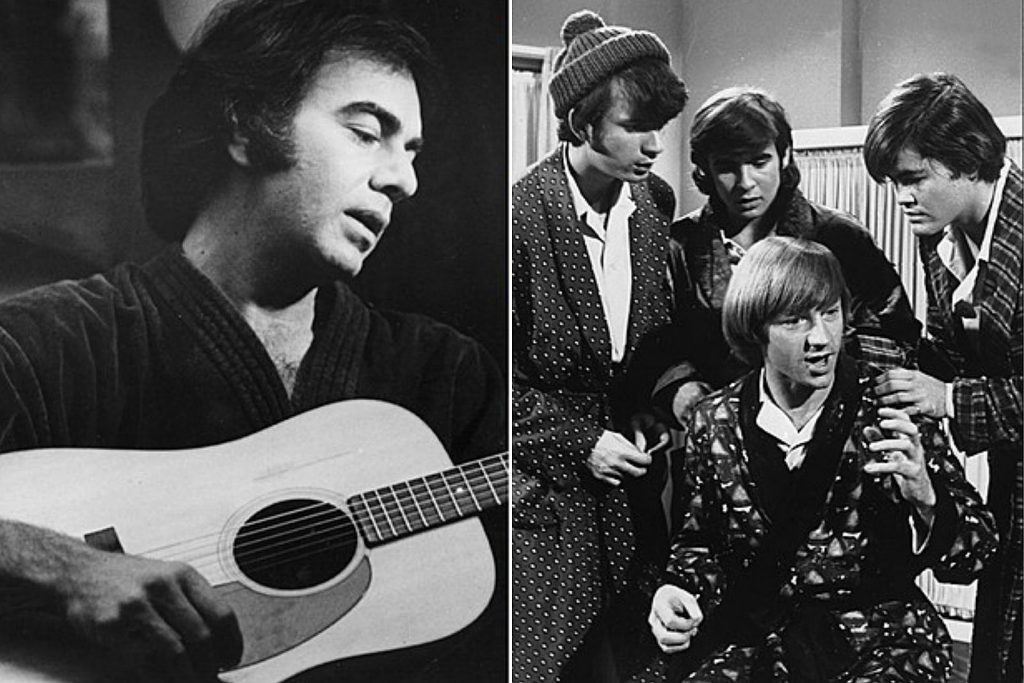 In January 1967, the Monkees had a No. 1 hit with “I’m a Believer,” a song originally penned by Neil Diamond.

Diamond said the head of his record label initially “freaked” and “went through the roof” over the Monkees’ recording of the track because, as Diamond told Mojo magazine in 2008, “he felt that I had given No. 1 records away to another group.” Diamond was of a different mindset, saying he “couldn’t have cared less, because I had to pay the rent, and the Monkees were selling records, and I wasn’t being paid for my records!”

The Monkees recorded the song for their 1966 album More of the Monkees, and Diamond also included the song on his 1967 album Just For You, but it turned out to be a bigger hit for the band that covered it.

When asked whether he resented the success the Monkees had with the song, Diamond refuted the idea. “I was thrilled,” he said, “because at heart I was still a songwriter and I wanted my songs on the charts…”

At first, “I’m a Believer” had nearly become a country song, and in fact, that’s what Diamond had envisioned for his tune. He wanted country crooner Eddy Arnold to record the song, but instead it found its way to the Monkees through producer and talent manager, Don Kirshner, who helped turn it into a pop hit via the made-for-TV boy band. Session guitarist Al Gorgoni, who also played on Diamond’s “Cherry, Cherry,” contributed to the Monkees’ recording, and Diamond himself played acoustic guitar on the track.

Listen to the Monkees’ ‘I’m a Believer’

The catchy song that Billboard described at the time as an “easy-go dance mover” turned out to be the biggest-selling single of 1967, and with over one million advanced orders, it went platinum within two days of its release. It also appeared in four consecutive episodes of the television series, The Monkees, in December 1966.

Ultimate Classic Rock takes a chronological look at the 100 best rock albums of the ’60s.