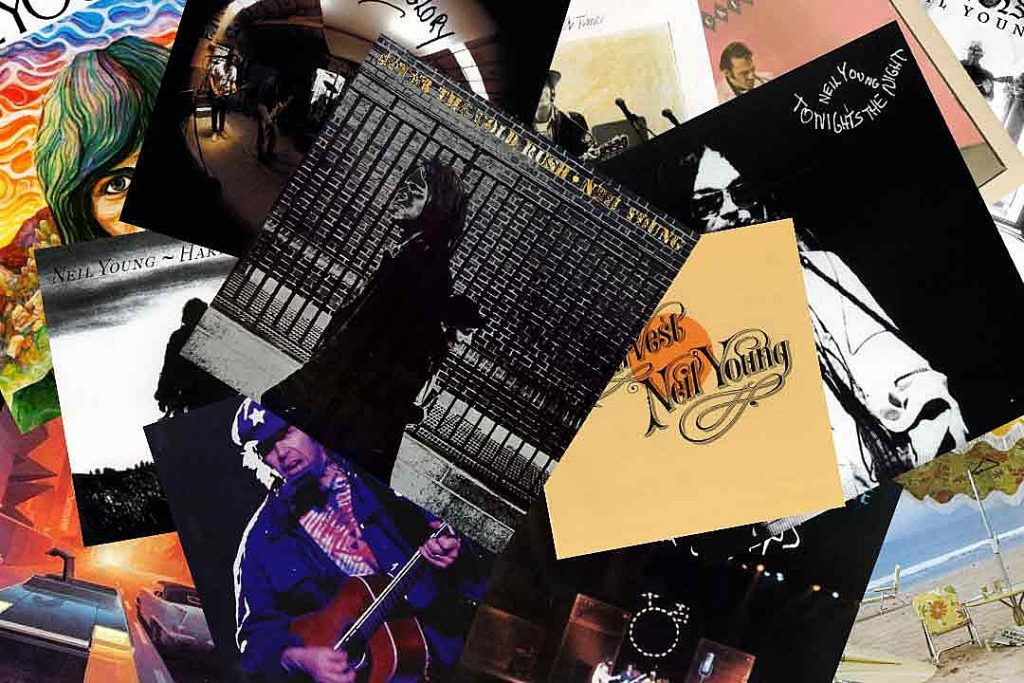 His long career as a solo act — which started in 1968 after he left Buffalo Springfield — is defined by alternately fascinating and infuriating records. Our list of his albums ranked worst to best reveals that his three dozen or so LPs can be pretty much neatly divided down the middle between records you should hear and records you can probably skip.

Starting early on, Young has never played by the rules. A huge chunk of his albums have been pieced together from leftover sessions. Some of his best and most defining works (including the landmark After the Gold Rush) started life as something entirely different.

And more than any other artist in history, except for maybe Bob Dylan, Young has nearly single-handedly killed his career on more than one occasion before rebounding with an era-encapsulating work.

Through it all, Young has remained one of rock’s most influential figures, a raging guitar god who also happens to make breathtakingly beautiful and stripped-down albums from time to time. Whether working on his own or with longtime backing band Crazy Horse, or any of the various pickup groups he’s assembled over the years, Young has been a singular, and often polarizing, artist.

He’s restless, aggravating, trailblazing and baffling. But he’s never followed trends, and his diverse and extensive list of albums over the past four decades and counting is worth celebrating, no matter their context. (Note: Studio albums released as part of Young’s Archives series – like Hitchhiker and Homegrown – have been left off the list.)