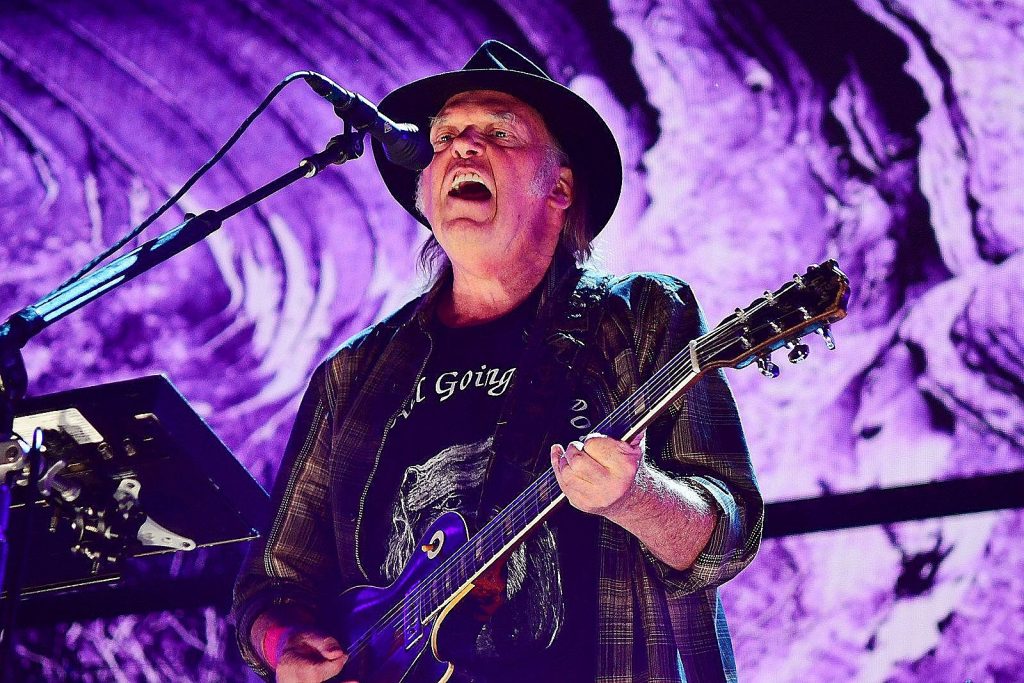 Neil Young and Crazy Horse will release a new album, Barn, on Dec. 10.

The songwriter announced the project through his Neil Young Archives site, issuing the track “Song of the Seasons” as a digital stream for subscribers. “Lookin’ through a wavy glass window / In this old place by the lake,” he sings on the cut. “In the colors of the falling leaves / I see that nature makes no mistake.”

Young writes that the song, the “oldest” on Barn, was “written in Canada about a year ago.” He adds, “There was a recording of the song done in my hometown that is the earliest. This is the first one with Crazy Horse! It starts the album.”

“Song of the Seasons” — produced by Young and Niko Bolas — features the front man on vocals, guitar and harmonica; Nils Lofgren on accordion and vocals; Billy Talbot on bass and vocals; and Ralph Molina on drums and vocals.

Young previewed the album’s recording sessions back in June, writing on the NYA that “we are so happy to be back in the barn, a barn built to replicate the 1850s barn that had collapsed in exactly the same place, high in the mountains of Colorado!”

In addition to Barn — which follows 2019’s Colorado — the former Crosby, Stills, Nash & Young member has been active recently with archival projects, releasing shelved studio material (1975’s Homegrown) and live records (1971’s Young Shakespeare, 1990’s Way Down in the Rust Bucket.) He’s also previewed a massive amount of other music, including 1982’s Johnny’s Island (previously titled Island in the Sun), the album that Trans replaced in his catalog.