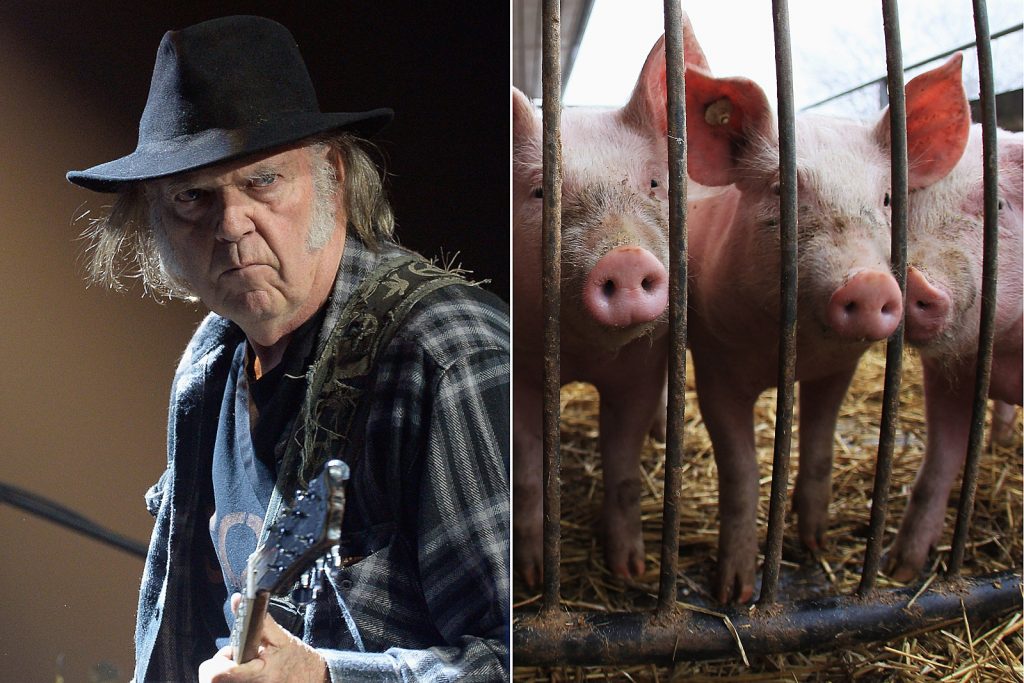 Neil Young is refusing to play concert venues that use factory farms, a decision that could seriously jeopardize his ability to tour.

“When I look at the compromise that I would have to make to do that, the things that I don’t believe in, that I’d have to endorse, it doesn’t turn me on,” Young explained during an interview with Canada’s CBC Radio.

Factory farming is a form of industrial livestock production, aimed to maximize product and minimize costs. It has come under harsh scrutiny for practices that many people consider to be cruel to animals, as well as being detrimental to the environment. Though controversial, the practice is nevertheless prevalent, with virtually every major foodservice and catering company receiving at least some of their food supply from a factory farm.

Though Young — a staunch environmentalist and supporter of sustainable family farming — can take measures to make his tour as green as possible, there’s little he can do about a venue’s catering contracts.

“I can deal with the power for the venue, I can make it clean. I can make the P.A. clean, the lights clean, the electricity in the building clean. I can clean up all my vehicles. I’ve got the right fuel. I can do all of that. But the food — all those places are fed by factory farms,” the rocker noted.

“I can’t support it,” Young continued, admitting he’d want “good food that has to be clean food, sustainably grown, and presented in a sustainable way.”

“Unless the venues are clean, and that they work that way, I won’t be there,” the singer declared.

Young’s last public live concert took place in September 2019, though he has played a spattering of private performances since then. The rocker previously said he was avoiding a return to the road out of caution surrounding the COVID pandemic. “Things have to be under control and going in one direction for a while before I’m going to go out and play,” he explained in December 2021.

Now, almost a year later, it appears his concerns over factory farming may continue to keep Young from touring.

“I’ve seen too much,” the Rock & Roll Hall of Famer declared. “I can’t do it. I believe in what I believe, and it’s grounded in science. I know what’s going on in the planet, what caused it, what we’re continuing to do, and I cannot support buildings, organizations and companies that will not change that. If they change it, then I can consider going.”