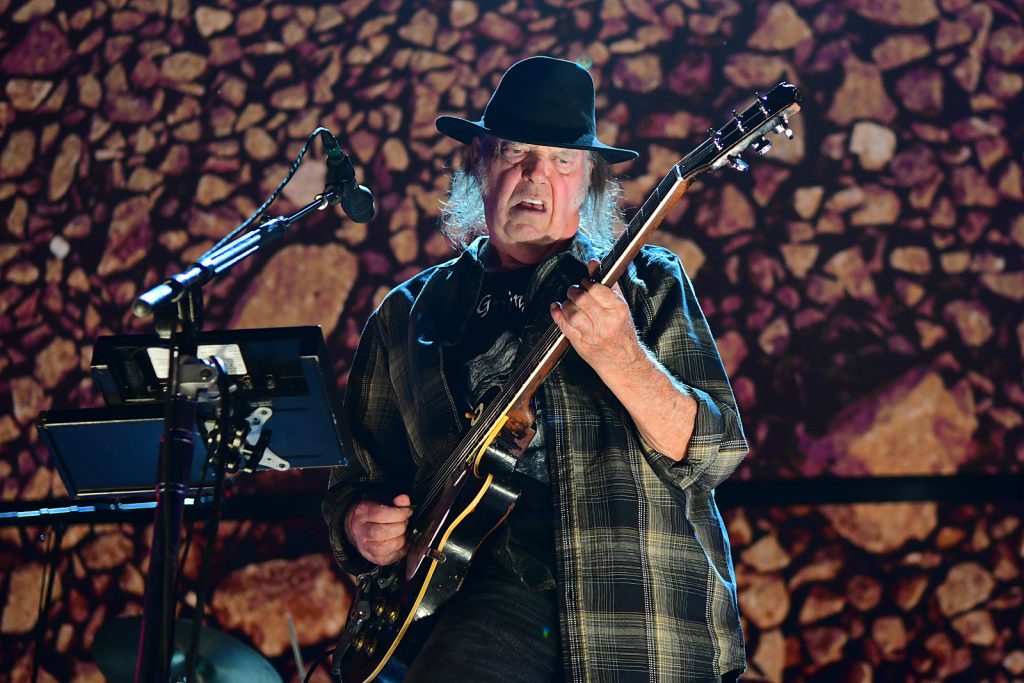 Hipgnosis Songs Fund has purchased 50 percent of the rights to Neil Young‘s entire back catalog in a deal that’s said to be worth $150 million, the BBC reports. There are nearly 1,200 entries in the prolific Young’s cache of songs.

The suddenly busy Hipgnosis was founded in 2018 by Merck Mercuriadis, who has previously managed Gun N’ Roses, Elton John and Beyonce. The news comes days after Mercuriadis acquired the rights to Lindsey Buckingham‘s catalog, both as a solo artist and with Fleetwood Mac.

It’s unclear how Mercuriadis will leverage this huge new acquisition, since Young’s 1988 song “This Note’s for You” made clear his anti-commercial stance. “There will never be a ‘Burger of Gold,'” Mercuriadis told the BBC, “but we will work together to make sure everyone gets to hear them on Neil’s terms.”

Mercuriadis earlier acquired the catalogs of Steve Winwood and Blondie, among others. Hipgnosis more recently purchased worldwide royalties associated with producer Jimmy Iovine’s career, which includes work with Bruce Springsteen and U2.

It’s apparently paying off: Hipgnosis reported market value of more than $1.5 billion in December, according to The Guardian, doubling its revenue year over year to $68 million in the first six months of 2020.

“This is a deal that changes Hipgnosis forever,” Mercuriadis told the BBC. “I bought my first Neil Young album aged seven. Harvest was my companion, and I know every note, every word, every pause and silence intimately. Neil Young, or at least his music, has been my friend and constant ever since.”