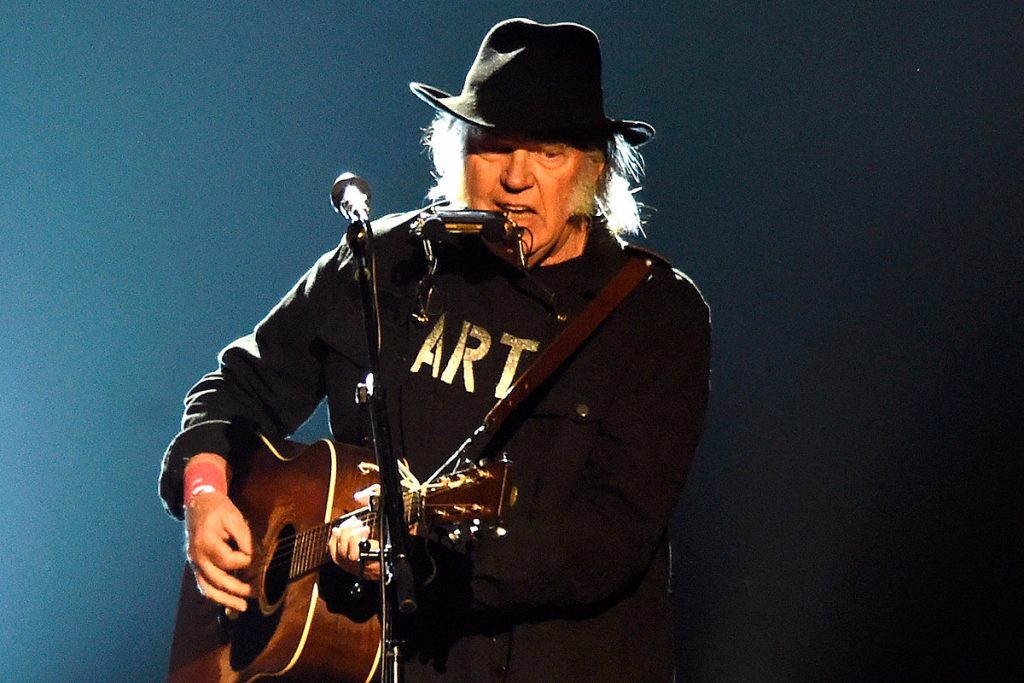 The performances will be low-key affairs, with his wife, Daryl Hannah, acting as camera operator and minimal distractions from Young’s screen time. They’ll be streamed on his website.

“Because we are all at home and not many are venturing out, we will try to do a stream from my fireplace with my lovely wife filming,” Young wrote. “It will be a down-home production, a few songs, a little time together. … We will soon be announcing the first one.”

He also reminded fans that he’ll soon be “dropping Facebook,” so they’d have to look for announcements on other social-media platforms.

Young previously said he was planning a “barn tour” with Crazy Horse in which they’d visit venues the band performed at decades ago while avoiding more modern establishments. The shows were never announced; they were discussed before the coronavirus issue was declared a pandemic.

“These are uncertain times,” he wrote. “The idea of announcing the tour and putting tickets on sale is questionable and needs to be thought through. … We are all super-ready to go, and the last thing we want to do is put people at risk, especially our older audience.”

(The most recent big-name tour postponements as a result of the virus came from Guns N’ Roses, Foo Fighters, Lynyrd Skynyrd and Elton John, with further changes of plans expected.)