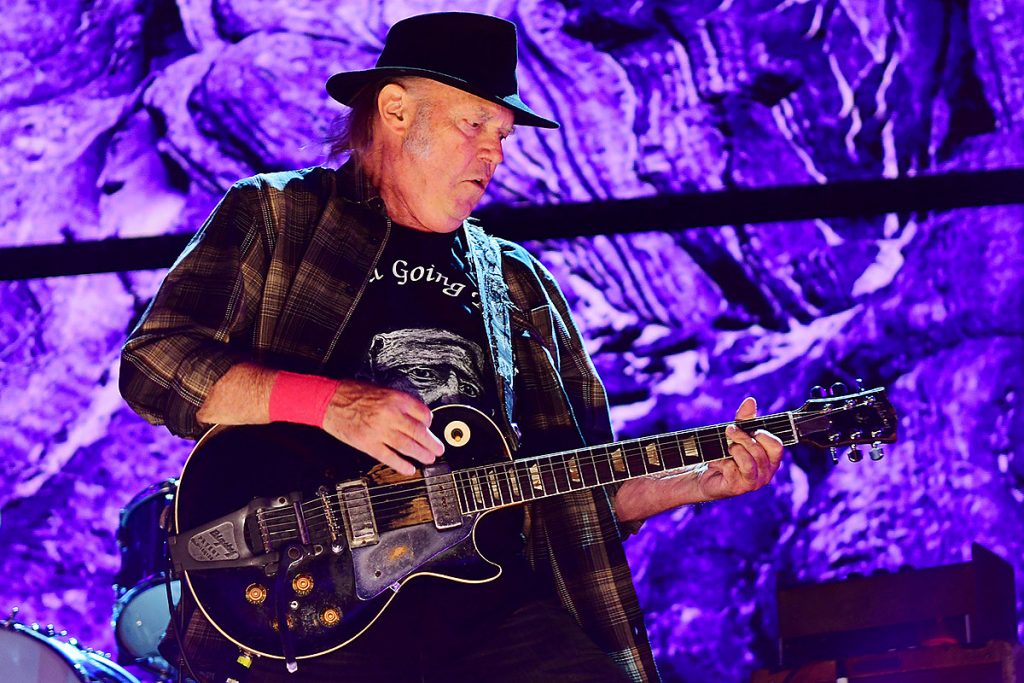 Neil Young is among the musical guests for an online rally in support of Bernie Sanders’ presidential campaign.

Large-scale political events are among those affected by the coronavirus pandemic, which has been confirmed at 3,802 cases in the U.S. to date, with 69 deaths as a result. Worldwide, 170,000 people have contracted it and 6,526 have died, with 78,000 confirmed recoveries.

The Bernie 2020 Digital Rally will be streamed at Sanders’ website starting at 7PM ET on March 17. Young, his wife Daryl Hannah, Jim James of My Morning Jacket and others will take part.

“There are so many of us that just want to find common ground with all living beings so that we can move forward together as a world to live in peace, good health and equality,” James said in a statement, explaining his involvement.

Young, who became a U.S. citizen earlier this year, announced his endorsement of Sanders last week. “I support Bernie because I listen to what he says,” he explained. “Every point he makes is what I believe in. Every one. In 2016, if Bernie had run instead of Hilary Clinton, I think we would not have the incompetent mess we have now. … The DNC will spread their talking point that ‘Bernie is divisive.’ … That’s because Bernie is not with the DNC. Bernie is with you. … I believe Bernie Sanders. I believe Bernie is the real deal.”

Meanwhile, Dropkick Murphys announced an online replacement for their annual St. Patrick’s Day party concert in Boston, which was called off over coronavirus concerns.

“For the first time in 24 years, we are not playing on St. Patrick’s Day weekend,” a band statement noted. “The current world situation is the only thing that would ever stop us from doing so. … So, we came up with an idea we’re going to pull off this Tuesday – the night of St. Patrick’s Day. … We’re going to bring a DKM livestream concert to everyone – all over the world!”