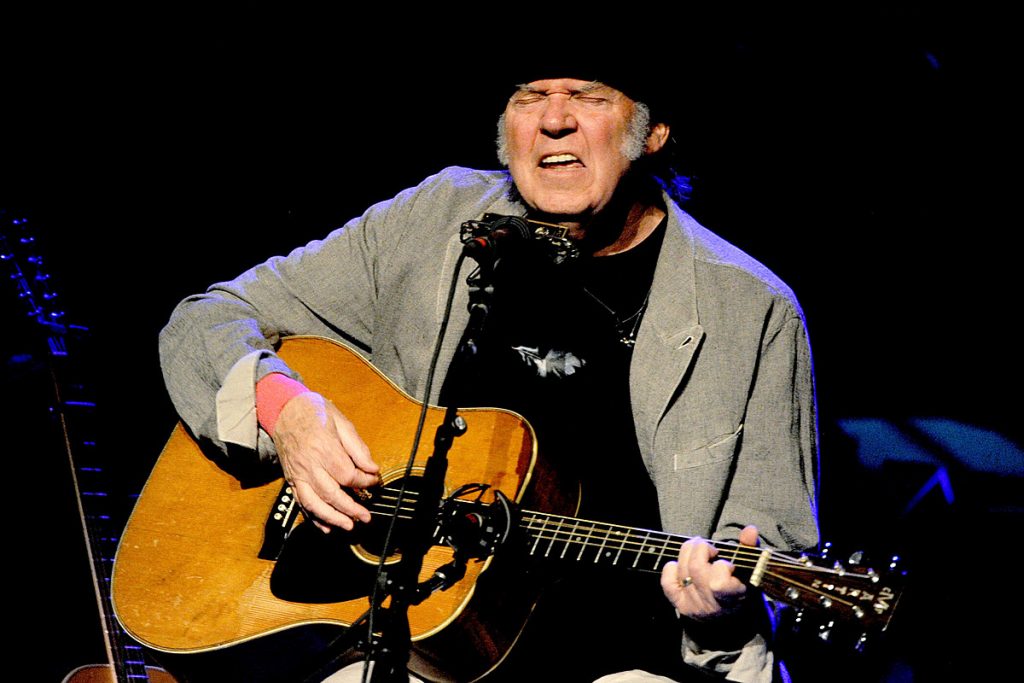 Neil Young said he doesn’t plan to play any shows in 2020.

A fan asked the singer-songwriter about dates for the upcoming year on his Neil Young Archives page. “Don’t expect anything,” Young replied. “I am not focused on playing. I am taking care of my music.”

He’s presumably referring to getting some of his unheard music out there. Earlier this year, Young mentioned he was planning a number of releases for 2020, including the live videos Way Down in the Rust Bucket and Greendale Live, which is also being slated for audio release.

But first up is Homegrown, the 1975 album Young intended as a follow-up to the hit Harvest LP. The record of love songs was shelved and replaced by the more intense Crazy Horse outing Tonight’s the Night. No release date has been set yet, but Young has promised Homegrown will be his first archival release of 2020.

Young hasn’t performed since Farm Aid in September, and the only date on his 2020 calendar is a previously announced gig on May 30 in Los Angeles with Stephen Stills at the Light Up the Blues autism benefit. Young made it clear last summer that he wouldn’t be touring in support of his most recent studio album, Colorado, a Crazy Horse collaboration that came out in October.

He did release a documentary called Mountaintop that played in theaters in late 2019 that chronicled the making of the Colorado album, Young and Crazy Horse’s first with guitarist Nils Lofgren in nearly 50 years.

Young, who became a U.S. citizen last month, played a handful of shows in the Midwest and in Europe last year, including one in Ireland where he and Bob Dylan shared a stage for the first time since 1994.

In another recent post on the Archives site, Young was asked if Crosby, Stills, Nash & Young might set aside their differences “for the common good” by supporting a candidate to take on President Donald Trump in the November election. “For the common good!” Young replied. “Anything is possible.”

That echoes something he said back in November, when Young told AARP that he wasn’t closing the door on a reunion with his former bandmates – though he said he would be surprised if it happened, considering issues he’s had with David Crosby over the years.

“Crosby should write an introspective book: Why People Won’t Talk to Me Anymore,” Young said at the time. “He made a lot of great music for a long time. I don’t know what happened with David. … I can hold a grudge with the best of them, but only if there’s a reason for it.”