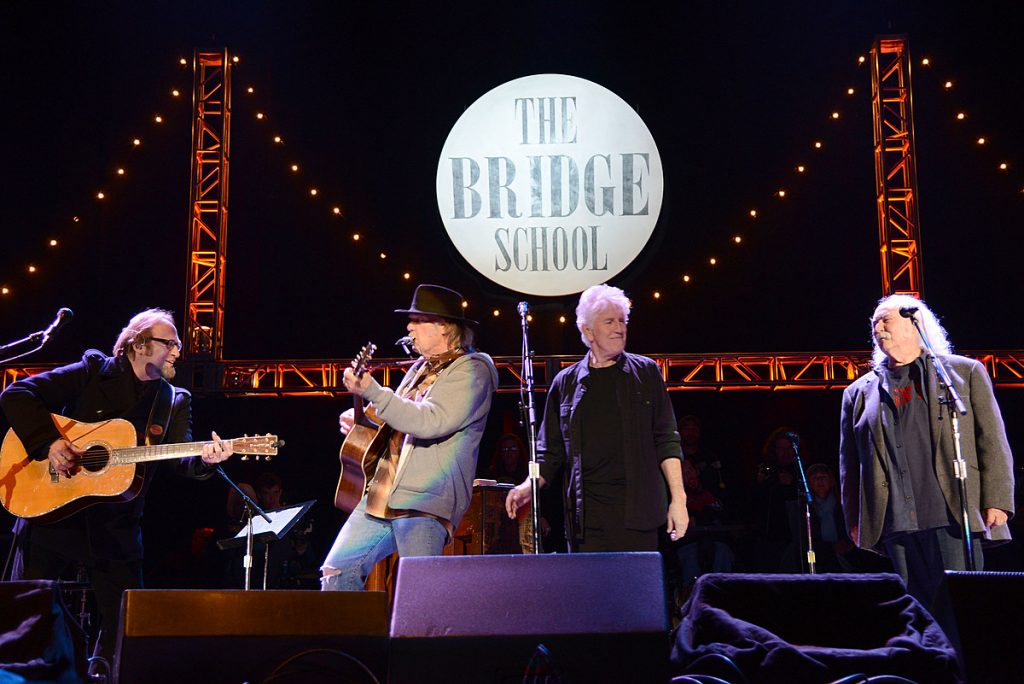 Neil Young refused to “close the door” on a Crosby, Stills, Nash and Young reunion, though he said it would a “surprise” if it happened.

The status of David Crosby, who appears of have upset Young and his other bandmates in recent years, remains the sticking point, with Young admitting he still has problems with his former colleague.

“Crosby should write an introspective book: Why People Won’t Talk to Me Anymore,’” Young told AARP in a recent interview. “He made a lot of great music for a long time. I don’t know what happened with David. I got nothing to say. I love Stephen [Stills]. I love Graham [Nash]. … If a reunion happens, it would be a surprise. I won’t close the door on anything. I can hold a grudge with the best of them but only if there’s a reason for it.”

Young’s studio commitments meant he abandoned plans to tour in support of his new album Colorado during 2019 at least, telling fans he’d be back next year. However, he suggested he hadn’t made a decision yet. “If I decide to go on the road, I’d like to do a democracy tour next year with different people that keep changing,” he said. “Not right or left. Democracy is not you on this side and me on that side just to see who wins.”

He noted that he was in good health for hitting the road, ascribing much of his current condition to wife Daryl Hannah. “I’m trying to take care of myself,” the 73-year-old said. “Daryl’s a big help. She’s very health-oriented, which I never have been. Now I’m walking, swimming. Maybe tomorrow morning I’ll be stand-up paddling. I lost between 30 and 35 pounds in six months. Nice that I don’t have to carry that around anymore.”

He also revealed he turned down millions of dollars to stage a tour performing his Harvest album in full, mainly due to the deaths of pianist Jack Nitzsche, Kenny Buttrey, Ben Keith and Tim Drummond over the past 19 years. “Everyone who played on Harvest is dead,” he said. “I don’t want to do that.”