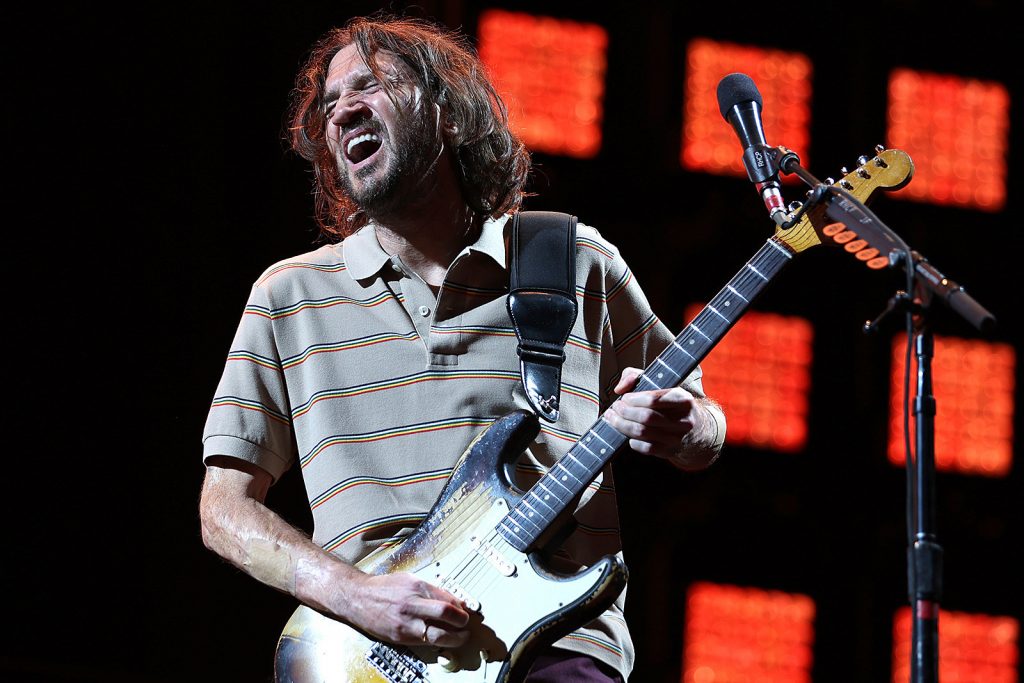 John Frusciante said his upcoming solo album was the result of a need to reset after working on two new Red Hot Chili Peppers records.

The band released Unlimited Love and Return of the Dream Canteen during 2022, leaving the guitarist keen for a different creative approach.

“After a year and a half writing and recording rock music, I needed to clear my head,” Frusciante wrote on Bandcamp. “I listened to and made music where things generally happen gradually rather than suddenly. I would set up patches… hearing one sound morph into others, making changes to a patch only after having listened for quite a while, gradually adding elements, and finally manipulating the sounds on the fly.”

Frusciante further emphasized how his membership in the Chili Peppers influenced the solo project. “I had previously spent 12 years programming and engineering my own music, and then spent a year and a half making music where my role was basically to write songs and play guitar,” he explained. “When the band’s recording phase was completed, I needed to go back to my adopted language. I had done enough with chords, rhythms, notes, defined sections, sharp transitions, etc.. What I needed was to create music from the ground up with nothing but sound, and have that music reflect ‘being’ rather than ‘doing.’ It was a therapeutic way of re-balancing myself, before and during my band’s mixing process.”

The result is a new album which will arrive in two different versions. The first, titled .I: (pronounced “one”), will be released on vinyl, while :II. (pronounced “two”) will be available digitally. The vinyl version is shorter because “some of the tracks have sounds that can not be pressed on vinyl.”

While Frusciante’s Red Hot Chili Peppers experience ignited the new solo effort, the guitarist also took a page from some of his favorite rock icons.

“I was also inspired by my mental image of John Lennon’s tape and mellotron experiments he made at home during his time in the Beatles,” Frusciante noted, “as well as events like the first minute of Bowie’s Station to Station, ‘…And the Gods Made Love’ by Jimi Hendrix, the synths in the song ‘Mass Production’ by Iggy Pop, and the general idea of Eno’s initial concept of ambient music.”

“This music seeks to just exist, and is not attempting to manipulate or grab the listener in any way,” Frusciante continued, explaining his new material. “I believe it works well if one listens loud and focuses on it, but also works well at soft volumes and in the background. It can compete with silence on silence’s own terms, and it can also happily wipe silence out.”

.I: and :II. will be released on Feb. 3 via Acid Test Records. Meanwhile, the Red Hot Chili Peppers will tour the world between January and June.