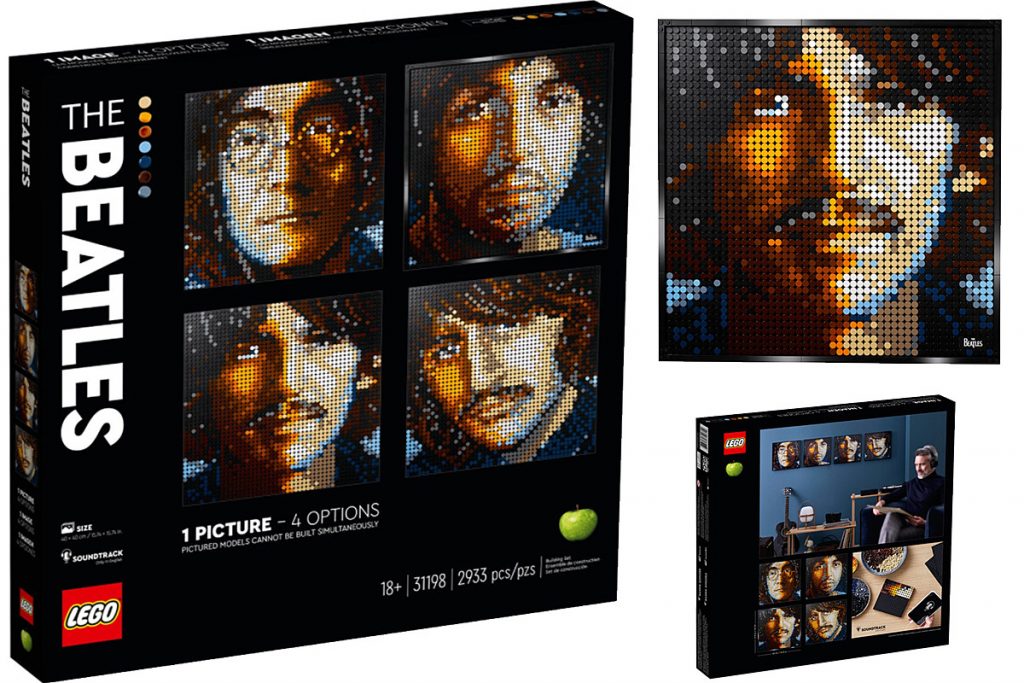 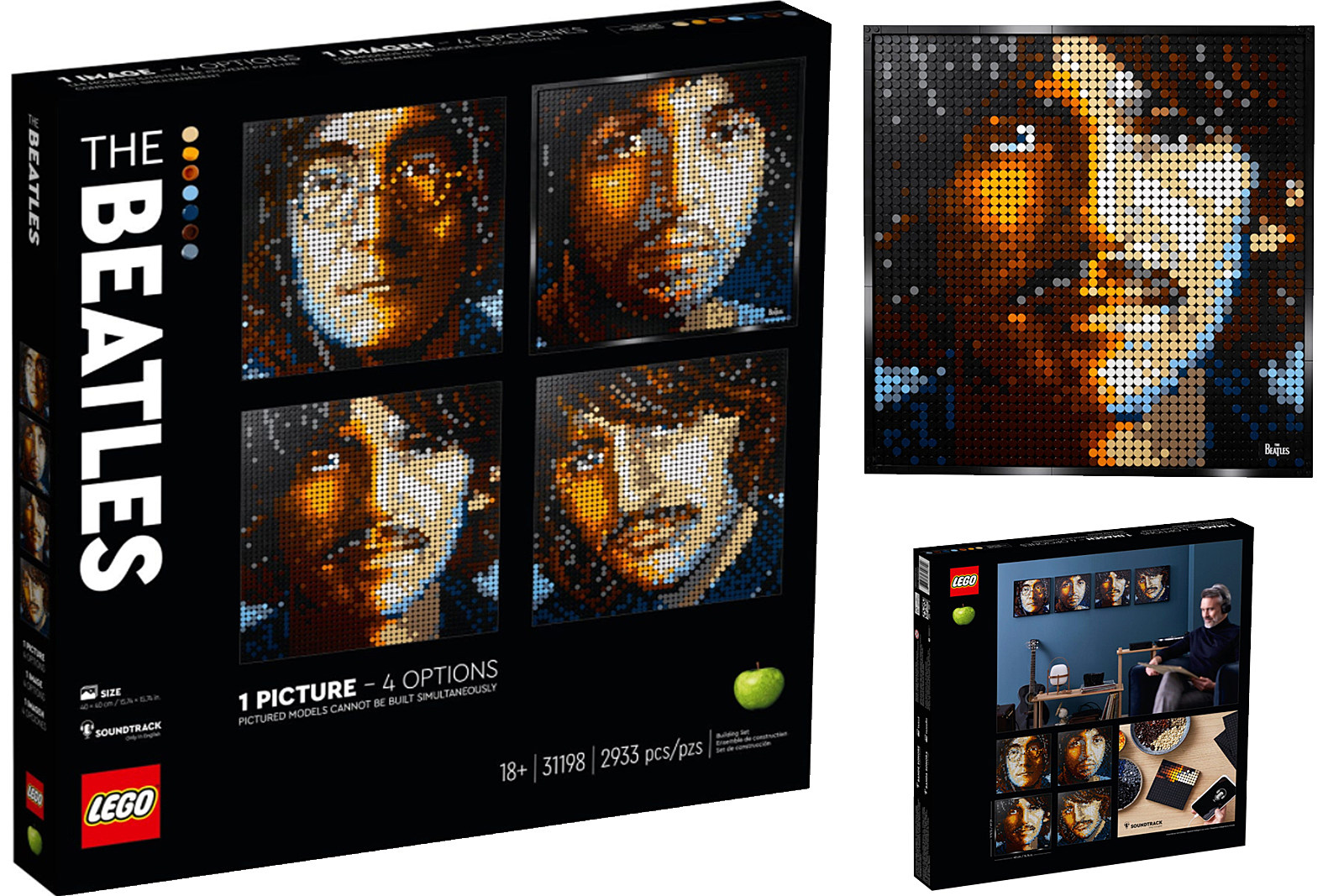 The release is part of a new product line from the toy manufacturer, geared towards an adult audience. Branded as “Lego Art”, these sets offer fans the ability to create wall decor themed around some of pop-culture’s most recognizable icons. Initial sets include Star Wars, Iron Man and Andy Warhol’s Marilyn Monroe art. The Beatles’ version is the only music related set announced thus far.

“Music lovers can bring Beatle-fandom into the home with a Lego portrait of their favorite band member, whether it’s John Lennon, Sir Paul McCartney, George Harrison or Sir Ringo Starr,” noted a press release announcing the line. “Each set can be used to create four unique portraits or collect four and display the full band side-by-side.”

The images are created with small, circular pieces, rather than the traditional brick blocks associated with Lego. With a total of 2933 pieces, the set will undoubtedly take some time to put together, but should offer fans a unique item to display once completed.

The Beatles Lego Art set also comes with an accompanying soundtrack, designed to “immerse you in stories and unexpected details about the band.”

See images of the new Beatles Lego set in our gallery below.

Each set is priced at $119.99, equalling a price tag of roughly $480 if you wanted to display all four members. Lego fan site Brick Fanatics states that the sets will be available in the U.S. in September, however the Lego official website simply says the items are “coming soon.”

This isn’t the first time the Beatles have been brought into the world of Lego. The toy manufacturer previously released a Yellow Submarine kit, styled after the Fab Four’s famous animated movie, and complete with Lego versions of all four Beatles members.