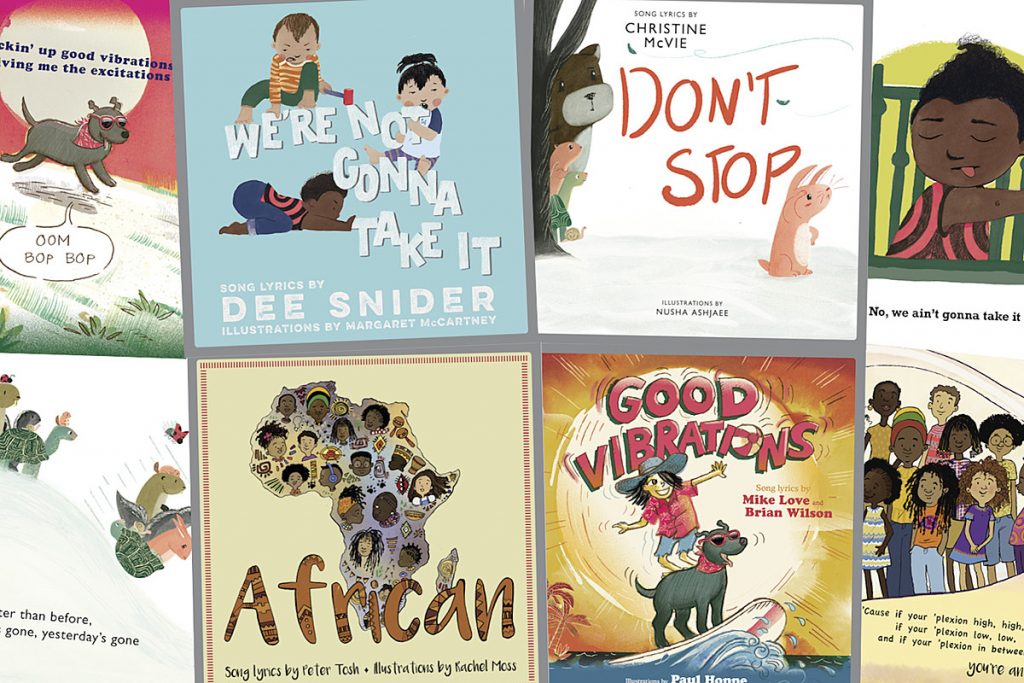 A new series of children’s books is adding illustrations to some of rock’s most famous lyrics.

“LyricPop represents two things I’m passionate about — music, and books for children,” Johnny Temple, publisher of Akashic Books, said in a press release. “As both a musician and a publisher, I hope LyricPop will inspire parents, grandparents and others to read (and even sing) these books aloud with the children in their lives.”

For her edition, McVie’s lyrics to Fleetwood Mac’s 1977 hit “Don’t Stop” were paired with images of a bunny rabbit encouraging her hibernating friends to come outside and celebrate the spring.

Snider’s picture book features images of stubborn toddlers refusing to eat, take a bath or go to sleep, all accompanied to the lyrics of Twisted Sister’s 1984 classic “We’re Not Gonna Take It.”

Meanwhile, the Beach Boys’ “Good Vibrations” edition depicts a girl and her dog enjoying a fun-filled adventure at the beach. The quartet of releases is rounded out by Tosh’s edition, featuring scenes of African communities combined with the lyrics to his 1977 reggae classic “African.”

You can see images from the LyricPop children’s book series in the gallery below.

Even though the picture books will not be released until June 2, all four editions are available for pre-order now through the Akashic Books’ website.