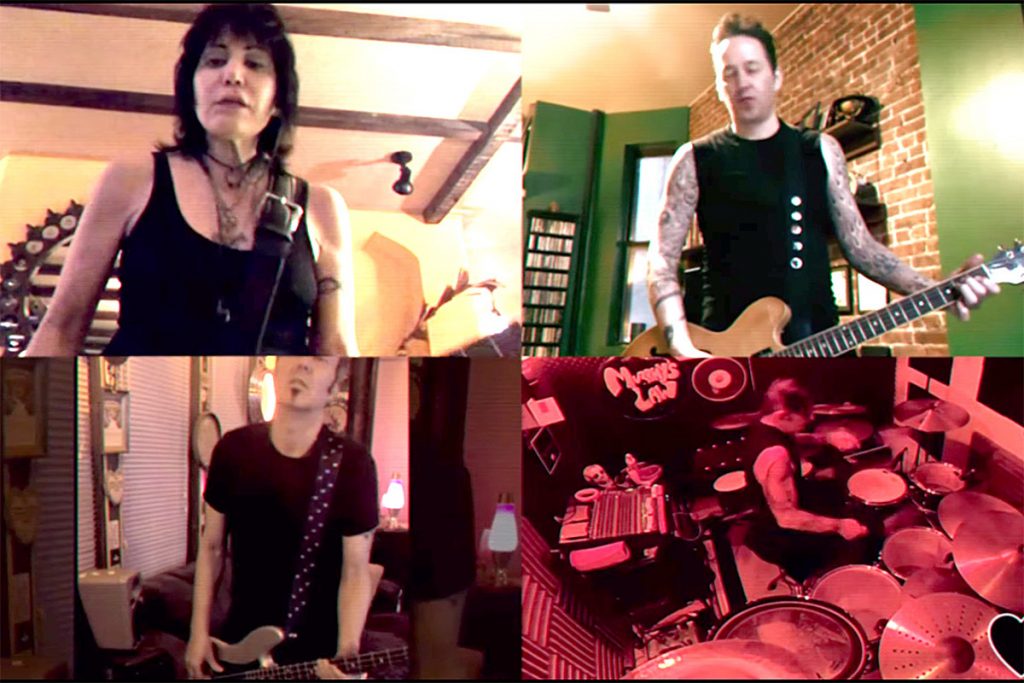 Joan Jett, Michael McDonald and Ritchie Blackmore are among the latest artists to perform from lockdown at home as a result of the coronavirus pandemic.

Jett connected with her Blackhearts bandmates to perform “Light of Day” – which was written by Bruce Springsteen and originally recorded by Jett for the 1987 movie of the same name – with all four members in their own homes.

The video was originally aired on MSNBC before Jett made it available on her channel. You can watch it below.

McDonald took part in a home-based edition of NPR’s Tiny Desk Concert series, performing “Matters of the Heart” along with the Doobie Brothers classics “Minute by Minute” and “What a Fool Believes.”

“Hope you’re all staying healthy and staying safe out there,” he told fans. “Wishing you all the best of luck and godspeed through this event we’re all living through. … If you know the words, sing along with me at home!”

Blackmore and his wife Candice Night took the home part literally, performing the Joan Baez song “Diamonds and Rust” as a renamed “Vacuum and Dust.” The couple said the performance took place “live in Minstrel Hall” while Blackmore was seated in the background wearing pajamas.

“We, just like you, are stuck inside, and we were talking to a good friend of Ritchie’s today, David Coverdale, who was saying that he’s really kind of rediscovered how to vacuum and dust,” Blackmore and Night said. “We thought, ‘That’s an interesting title!’ … We had a whole new inspiration thanks to David Coverdale.”

You can watch their video below.