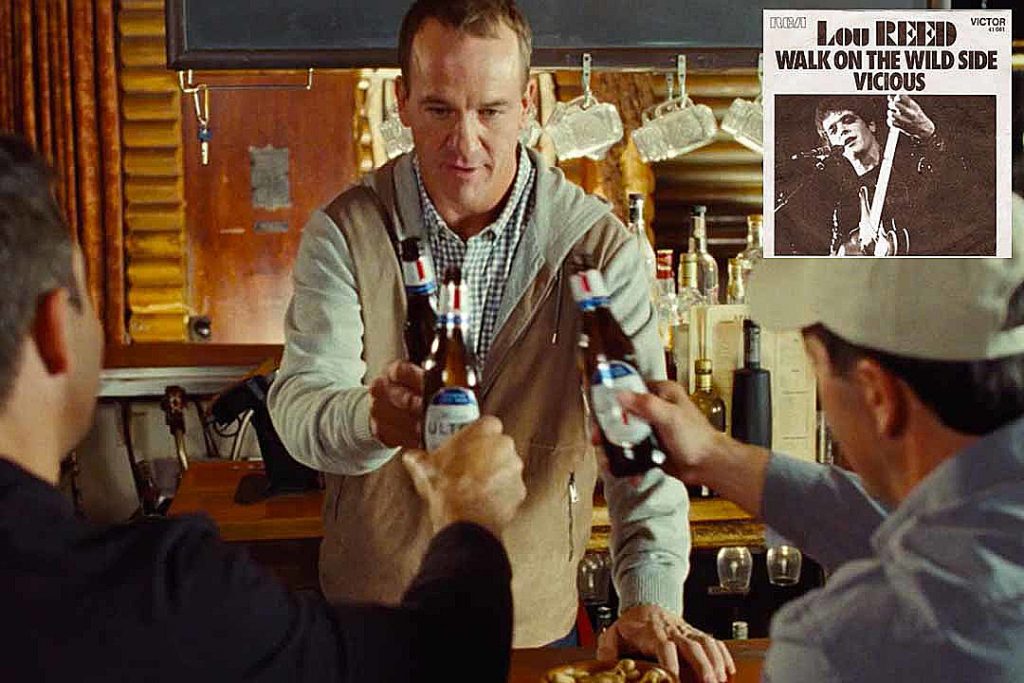 The familiar bass line to Lou Reed‘s “Walk on the Wild Side” is featured in a commercial for Michelob Ultra that will premiere during the upcoming Super Bowl.

The voiceover questions the time-honored concept that one must put aside all distractions in order to win. Instead, it poses the opposite: “What if joy is the whole game, not just the endgame? So ask yourself, Are you happy because you win, or do you win because you’re happy?”

That’s followed by the words, “It’s only worth it if you enjoy it” displayed onscreen.

You can watch the spot below.

The music that’s heard in the commercial, however, isn’t Reed’s 1972 hit, but rather hip-hop group A Tribe Called Quest‘s “Can I Kick It?,” which sampled Herbie Flowers’ bass part from “Walk on the Wild Side” for the 1990 single.

As rapper Phife Dawg told Rolling Stone in 2015, Reed found out about the sample after the fact and played hardball with the group. He tried to prevent Tribe from continuing to use the familiar bass line in their song, which was the third single from their debut LP, People’s Instinctive Travels and the Paths of Rhythm.

“I remember with [record label] Jive, there was a problem with the sample being cleared,” Phife Dawg, who died in March 2016, said. “I don’t think they cleared the sample, and instead of Lou Reed saying, ‘You can’t use it,’ he said, ‘Y’all can use it, but I get all the money from that.’”

Reed received full songwriting credit – “To this day, we haven’t seen a dime from that song,” Phife Dawg noted – but the rapper understood it was part of the business many hip-hop artists had to learn over the years.

“I’m grateful that [the song] kicked in the door, but to be honest, that was the label’s fault,” he said. “They didn’t clear the sample. And rightfully so. It’s his art; it’s his work. He could have easily said no. There could have easily been no ‘Can I Kick It?’ So you take the good with the bad. And the good is, we didn’t get sued. We just didn’t get nothing from it.”

Super Bowl LV will take place on Feb. 7, with the Kansas City Chiefs looking to defend their crown against the Tampa Bay Buccaneers.