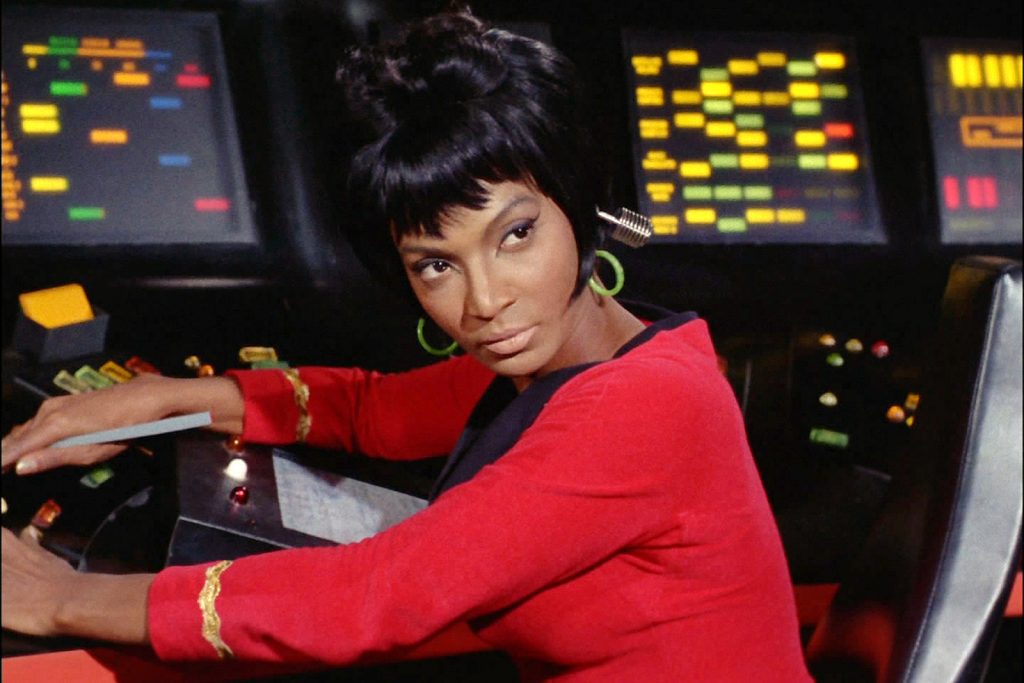 Nichelle Nichols, best-known for her groundbreaking role as Lt. Uhura on Star Trek, has died at the age of 89.

The actress’ passing was confirmed by her son, Kyle Johnson.

“Last night, my mother, Nichelle Nichols, succumbed to natural causes and passed away,” Johnson wrote in a message posted to Nichols’ official website. “Her light, however, like the ancient galaxies now being seen for the first time, will remain for us and future generations to enjoy, learn from, and draw inspiration. Hers was a life well lived and as such a model for us all.”

Born Dec. 28, 1932, Grace Dell Nichols grew up in the Chicago area. Her acting career began on the stage, including roles in Porgy and Bess and the short-lived 1961 Broadway musical Kicks and Co. A gifted singer, Nichols also toured alongside such musical luminaries as Duke Ellington and Lionel Hampton.

Still, it was the role of Lt. Nyota Uhura that brought Nichols to a worldwide audience. When Star Trek debuted in 1966, television series rarely showcased Black women in major roles. As a prominent part of the Starship Enterprise’s crew, Uhura broke from the norm.

Towards the end of the show’s first season, Nichols was offered another role on Broadway. She initially accepted, even handing series creator Gene Roddenberry her letter of resignation. However, the actress had a change of heart after meeting Dr. Martin Luther King Jr.

“I am your best fan. Your greatest fan. And my family are your greatest fans,” Nichols recalled the civil rights leader saying. “As a matter of fact, [Star Trek] is the only show on television that my wife Coretta and I will allow our little children to watch.”

When the actress revealed she planned to leave the show, King was shocked. “You cannot. You cannot,” he insisted. “For the first time on television, we will be seen as we should be seen every day. As intelligent, quality, beautiful, people who can sing, dance – but who can go into space. Who can be lawyers, who can be teachers, who can be professors. Who are, in this state, and yet you don’t see it on television until now.”

Recognizing the impact of her Star Trek role, Nichols opted to stay on the show. She’d portray Uhura across the original series’ three seasons, which included a historical interracial kiss between Uhura and Captain Kirk (William Shatner) in 1968. Nicholas reprised her famous role for six Star Trek films, running from 1979 to 1991.

Outside of acting, Nichols worked with NASA in an effort to make the agency more diverse. Among those she helped to recruit was Sally Ride, the first American female astronaut.

George Takai, who played Lt. on Star Trek, remembered his co-star thusly: “I shall have more to say about the trailblazing, incomparable Nichelle Nichols, who shared the bridge with us as Lt. Uhura of the USS Enterprise, and who passed today at age 89. For today, my heart is heavy, my eyes shining like the stars you now rest among, my dearest friend.”