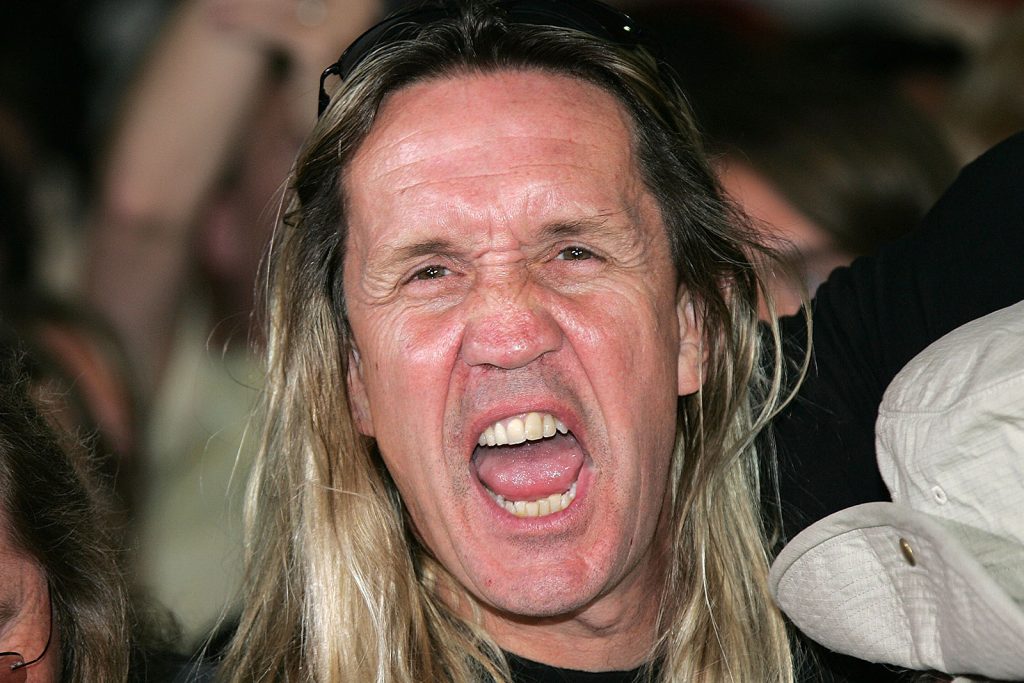 Iron Maiden drummer Nicko McBrain recalled the moment he was so sure he was about to be fired that he decided to quit first.

The moment took place in 1984, during the band’s Powerslave tour. In a performance at the iconic Hammersmith Odeon venue in London – which was being recorded for a live release by producer Martin Birch – McBrain forgot to follow a cue from singer Bruce Dickinson.

He immediately drew surprised glances from his bandmates, who found themselves caught out over his early start. McBrain remembered thinking: “I can’t stop, that would be really embarrassing. I’ll just carry on. How am I going to get out of this?’ So they all ended up flying up to the drum riser, and they were all standing in the steps in front of me going, ‘What the fuck are you doing?’”

McBrain admitted the moment was a “total embarrassment,” although he “got through the gig,” which he knew Birch was taping outside the venue. “I thought, ‘I’m not gonna get fired – I’m gonna leave the band,'” he recalled. “So, I’ve gone out when we finished the gig, I’ve gone into the dressing room, and I said to the guys, ‘I’m really sorry. You don’t have to fire me, I’ll just leave.’ Everyone started laughing. Martin Birch came in, he said, ‘That was priceless!’”

Birch, who died in 2020, later told McBrain that a recording of the mistake had indeed been made that night. “He said, ‘I’ve got that in my attic; I’ll get it out one day just to embarrass you,'” the drummer said. “So that was quite an experience.”