Nicolas Cage Knows Perils of a Wrong Name on ‘SNL’ 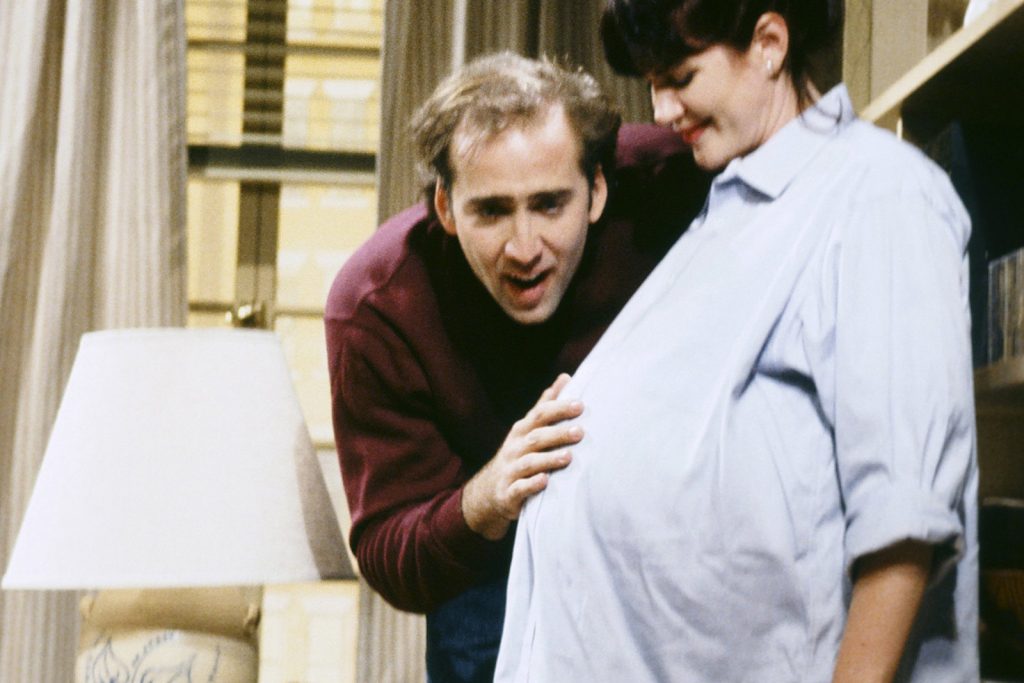 Not that Nicolas Cage hasn’t always been exceedingly busy, but it’s a shame that the infamously eccentric and unpredictable actor has never come back to host Saturday Night Live. Appearing for the only time on the Sept. 26, 1992, Season 18 premiere, Cage, there to promote the entertainingly silly comedy Honeymoon in Vegas, showed how his big-screen energy could enliven some late-night live sketch comedy like few others.

Just as fellow outsized talent Christopher Walken has become a fan favorite for bringing his inimitable acting style and distinctive cadence to SNL, one can imagine a yearly spot for Cage to channel some infectious strangeness into the writers’ most out-there ideas.

But except for a very funny cameo alongside Andy Samberg’s ranting “Weekend Update” version of Cage in 2012, viewers have been deprived of the spectacle of a Nicolas Cage-driven live comedy experience. It’s all the more disappointing when you look back at Cage’s only hosting stint, where SNL allowed just enough of Cage’s live-wire expressive comic energy to break through. Cage’s monologue sees the actor lash out and nearly attack producer Lorne Michaels after Michaels makes a point about Cage’s original monologue idea of complimenting female costars’ bodies. (“That’s my cousin!” Cage screams, grabbing Michaels by the lapels, after the producer illustratively brings up Godfather III star Sofia Coppola for a similar physical evaluation.)

Cage also committed with obvious pleasure to the high-concept premise of “Tiny Elvis,” where Cage’s foot-high Elvis Presley commands respect from his fawning Memphis Mafia, eventually breaking out his tiny but powerful karate moves when they call him “cute” one time too many.

But it’s in one particular, brilliantly written sketch where Cage’s unparalleled skill at channeling manic strangeness into a role truly shows what a Cage-hosted SNL could bring us. On a Tonight Show appearance, Cage told Jimmy Fallon that Robert Smigel and Bob Odenkirk were responsible for the sketch. However, Odenkirk had left the writers room by that point, so, as ever, sketch comedy writers continue to be underappreciated. Innocuously titled “Baby Names,” the sketch finds doting father-to-be Cage eagerly anticipating the birth of his son with scene costar Julia Sweeney. All is cooing and light until Sweeney’s very pregnant wife gingerly brings up the fact that the couple hasn’t even talked about a name for the imminently arriving child yet, with Cage’s expectant dad going ominously silent before consenting to have Sweeney run down her potential favorites.

There are limitless ways a promising sketch premise can go wrong, or thrillingly, unpredictably right. Saturday Night Live, for a long time, has too often adopted a joke structure where someone does something strange and someone else in the sketch is tasked with pointing out that that strange behavior sure is strange. Here, thankfully, there’s an escalation (expertly channeled by Cage), a straight person (Sweeney) whose understandable confusion never abandons the logic of the scene and then a payoff that contextualizes everything we’ve seen without further comment because none is needed.

But it’s Cage’s sketch, as he confidently (as in no cue cards in evidence) reacts to Sweeney’s every innocent and commonplace naming proposal with increasing wild-eyed contempt. “Joseph” leads off, with Cage rejecting it because other kids will immediately leap to hurtful nicknames like “Joe Blow,” “Sloppy Joe” and “Joe Schmo.” The same vehement response is given to everything from “John” (“Long John Silver,” “Let’s go to the John!”) to Peter (“No Peter, no Dick, no Rod!” Cage explodes incredulously) to William (don’t get him started on all the chocolate-factory material his boy’s bullies will have to work with.)

As Sweeney gamely attempts to find an acceptable moniker, Cage’s anticipatory objections become more fevered and elaborately reaching. This seemingly loving and normal guy has some issue we’re not being clued in to, as Cage, gradually building to full-on Cage mania mode, spits a disbelieving, “I want you … to be ostracized!” in response to the name “Sam,” and suggests the same inevitable outcome to the names “Ben” and “Paul.” (Either “Get me some ice cream” or “Where’s Peter and Mary — play me a folk song” followed by “or I’ll beat the crap out of you!”)

Nobody has to ask Nicolas Cage to go big. But the sketch smartly steers its premise right into Cage’s wheelhouse. We don’t know why, for example, the idea of a son named Nate makes the preemptively protective Cage leap to an improbable scenario where a schoolyard tormenter makes a Knute Rockne, All-American slam (“Where’s the Gipper?”). But, as the sketch plows ahead on Cage’s single-minded obsession with pun-based cruelty, the underlying comic tension only reinforces the gag.

The biggest laugh in a laugh-out-loud sketch comes from Cage’s labyrinthine logic in waving away the longer version of the previously rejected “Ben.” “Sure … Benjamin. Harrison! ‘Hey, Benjamin, how’s that tariff coming? Montana a state yet?’” Now, the prospect of an enraged and ranting Nicolas Cage screaming at the mother of his child could be a hard sell, but the sketch never abandons the basis (however mysterious) of Cage’s strange wariness. It’s only when Sweeney, breaking out an emergency baby-name book, comes out with the Hail Mary that is the Icelandic name “Bjaardker,” that Cage, unable to conjure a single possible name-based put-down, relaxes.

So many Saturday Night Live sketches build to a crescendo on the back of performance and profitably odd premises before throwing in the towel when it comes time to end the thing. And, hey, endings are tough. But “Baby Names” ends with one of the best kickers in SNL’s checkered history with acceptable sketch endings. It comes in the form of a telegram. One that reiterates Cage’s character’s full name. And, as with the aforementioned comic restraint, the sketch doesn’t over-elaborate or over-explain for the people in the back. Spoiling it is killing it, but Cage’s correction to Rob Schneider’s delivery guy of the proper pronunciation of his name re-contextualizes the loony spectacle we’ve just witnessed so succinctly, and yet with such understatement, that it makes even a jaded SNL viewer want to stand up and salute.