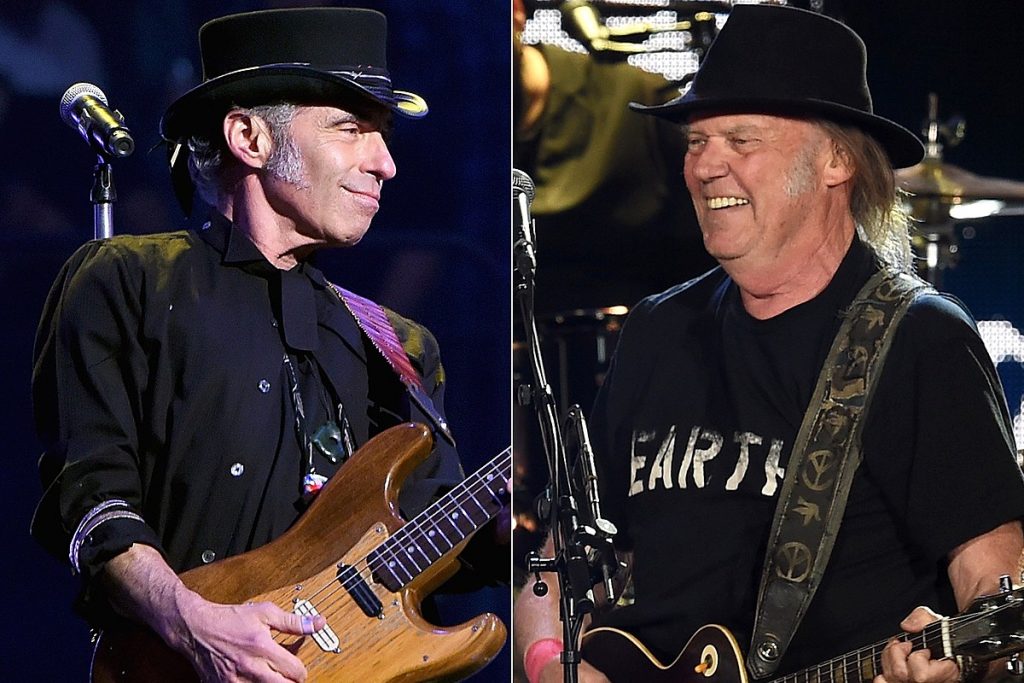 Crazy Horse guitarist Nils Lofgren said the making of Colorado, their new album with Neil Young, was a therapeutic experience for the band leader.

It was recorded after a period in which Young lost his home to a forest fire, his ex-wife Pegi died and he’d dealt with some health issues.

“I love Pegi, I love Neil, I have such a long history with them,” Lofgren told Uncut in a recent interview. “Just such a heartbreaking thing. And all the stuff he’s gone through with his own health, that I just felt that he wanted to play it all – he kept going out and singing and letting the music, which I believe is the planet’s sacred weapon, work through him and help him and his family.”

He added the experience was also good for himself and his bandmates, noting, “We get older, we all got stuff going on. It was very therapeutic and healing – the ragged inspiration of it, playing with old friends and creating something new. It won’t bring anyone back, but it reminds you their spirits are with you and they want you to carry on.”

Lofgren said he wasn’t aware of speculation that Colorado started out as a Young solo album, though he recalled playing some of the songs on tour last year. “I remember how ‘Green Is Blue’ deeply affected me,” he recalled. “I didn’t realize I’d be recording it with Crazy Horse months later!”

When the band completed the sessions, which are detailed in the new documentary movie Mountaintop, there were plans for further recordings, but, Lofgren said, “when we left, we all felt really good about it. Neil was off to Europe to play festival shows with Promise of the Real. He thought maybe we’d get back together in August and do some more recording. Then, as the weeks went by, he did some serious listening and figured he had a record he felt great about already. We didn’t need to keep going at it.”