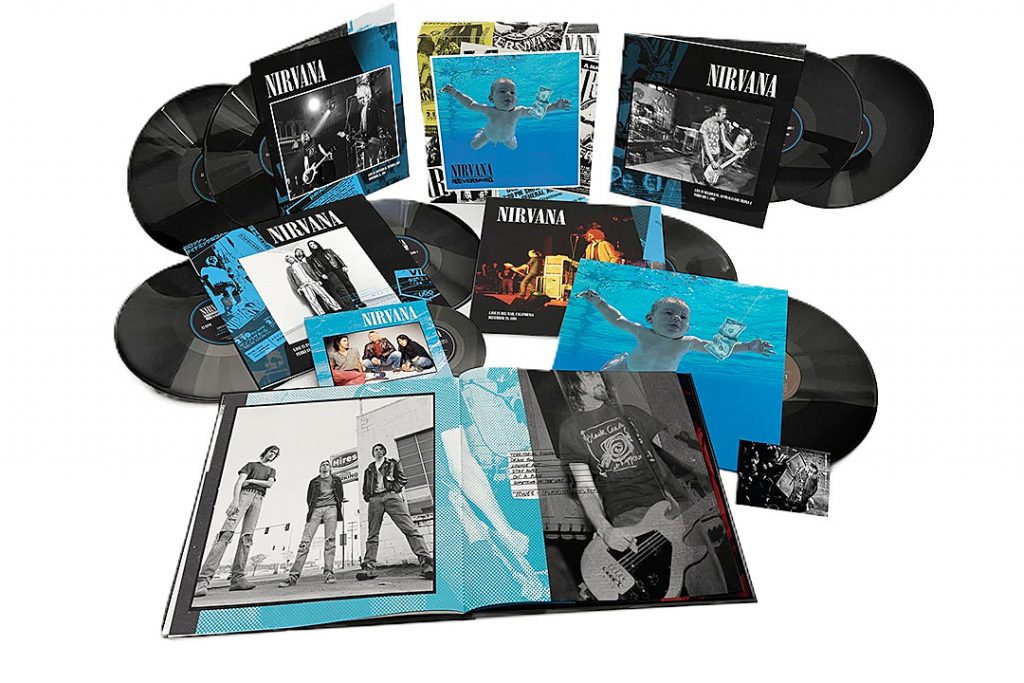 Critics often default to breathless hyperbole when discussing Nirvana‘s Nevermind. Can you blame them?

The band’s 1991 sophomore album single-handedly revolutionized rock music at the dawn of a new decade, a zeitgeist shift whose scale has not been matched in the decades since. It distilled a generation’s worth of suburban ennui and despair into a 42-minute punk-pop blitzkrieg, turning bandleader Kurt Cobain into first a prophet and later a martyr. It also marked a windfall for every department store with an excess stock of oversized flannel shirts.

Strip away the exhausting “legacy” discourse, though, and a more modest, fundamental truth remains: Nevermind is a flawless display of economical songwriting and airtight hooks, executed with militaristic precision and blunt-force aggression. Its accolades were inevitable; its superlatives are facts.

Few albums are more deserving of a deluxe reissue than Nevermind. Unfortunately, the 30th-anniversary “super deluxe” edition doesn’t add much to the group’s towering mythology. The hulking box set pairs the newly remastered album with previously unreleased footage from four concerts on the Nevermind tour: Nov. 25, 1991, in Amsterdam; Dec. 28, 1991, in Del Mar, Calif.; Feb. 1, 1992, in Melbourne, Australia; and Feb. 19, 1992, in Tokyo.

The live discs vary in sound quality, but they all show a band at the peak of its powers. Cobain shouts with feral intensity and wrings massive slabs of distortion from his Fender Jaguar (or Mustang), bolstered by Dave Grohl‘s pulverizing drumming and Krist Novoselic‘s nimble bass lines. The Amsterdam show is the best of the bunch, featuring an absolutely obliterative rendition of Bleach cut “Floyd the Barber” and a wry snippet of Village People’s “Macho Man” during “Love Buzz.”

Ironically, Nirvana sound most energized on the Bleach material, making the Nevermind songs — which still pack an incredible punch — sound almost perfunctory by comparison. With “Smells Like Teen Spirit” burning up the charts by the time of these shows, it’s possible Nirvana were already disenchanted by the album’s success. That might explain why Cobain sings “Come as You Are” in an exaggerated, tuneless shriek during the Amsterdam gig.

The problem with this previously unreleased live footage is that it doesn’t reveal anything about Nirvana that even casual fans didn’t already know. Sure, the band is on fire, but none of these virtually identical shows are going to displace the elegiac MTV Unplugged, the charmingly unpolished From the Muddy Banks of the Wishkah or the near-flawless Live at Reading as definitive Nirvana live documents. Listening to one of these concerts at a time is a treat; playing all four in one sitting is punishment.

As for the actual Nevermind remaster: It sounds, well, perfect, just like the original. Nirvana were smart enough to see the profitability in engineering rough-and-tumble punk songs for mass consumption, and Butch Vig’s production remains one of the greatest technical achievements in hard rock. Grohl’s snare drum pops like a firecracker; Cobain’s larynx-shredding screams could peel the paint off walls; Novoselic’s bass tone might just be the greatest of all time.

Still, without a single demo, B-side or outtake, it’s hard to recommend this reissue to anybody but hardcore completists. Are the archives really that bare?