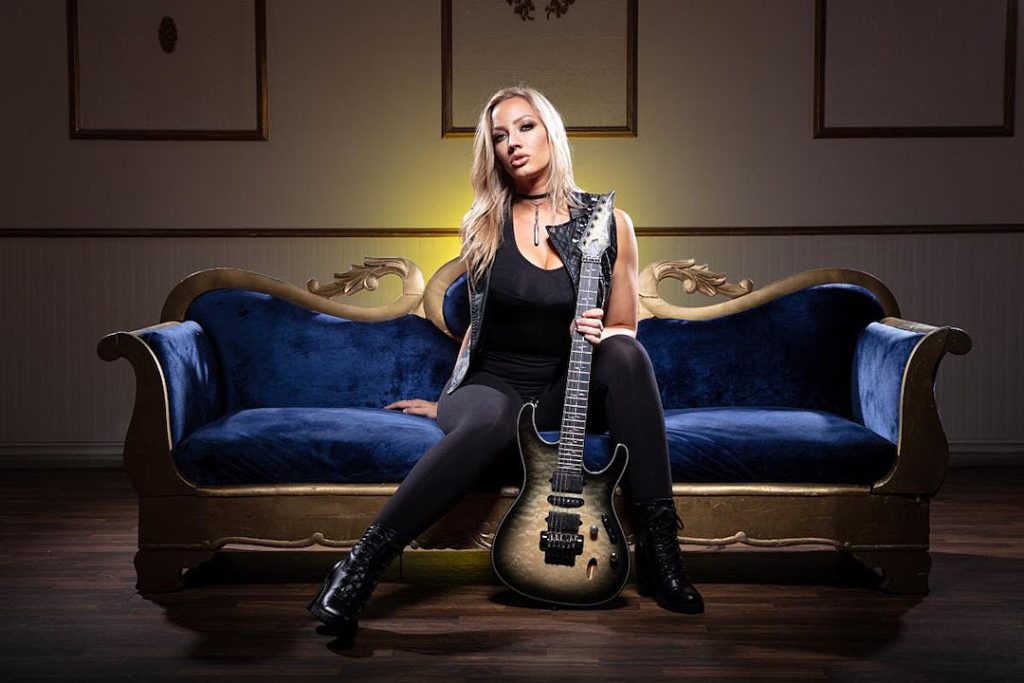 “Summer Storm” finds Strauss getting back into her solo comfort zone of pulverizing instrumental metal, blending harmonized guitar riffs, brutal one-note breakdowns and dizzying solos. The video alternates between live performance footage and behind-the-scenes moments with her band, including soundchecks, load-ins and backstage and tour-bus bonding.

“Instrumental music is where my heart is, and ‘Summer Storm’ might be the song I feel captures my personal style the most: cathartic, driving and emotional,” Strauss said in a statement. “While a lot of the upcoming record will have guest vocalists, I’m also so proud of the instrumental tracks and excited to officially unleash this one on the world!”

Strauss, who joined Cooper’s touring band in 2014, announced in July that she would not be joining the rocker on his upcoming fall tour and revealed her plans to tour with Lovato a few days later. Still, she hasn’t ruled out a return to Cooper’s band in the future.

“There’s no shutting of a door and changing of the guard, it’s just I’m taking a step back a little bit,” she told Louder. “Depending on what the schedule looks like next year, I may have the chance to come back, I may not. But it definitely doesn’t feel as final to me and to the people in Alice’s band and the inner circle as it has been portrayed out in the world.”