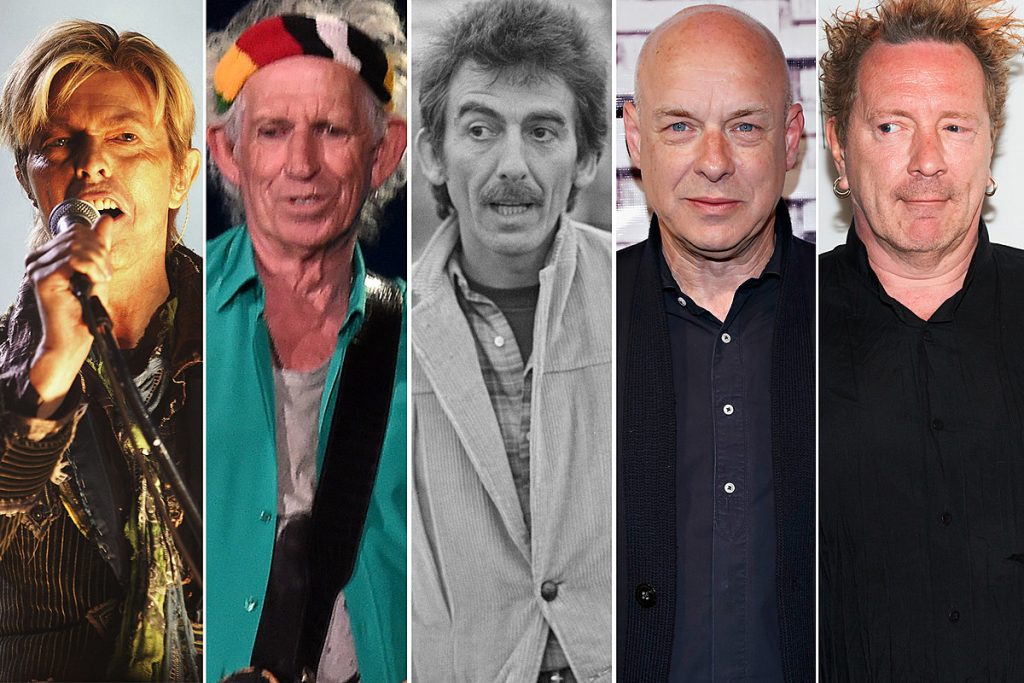 Elton John has a long, close association with the British Royal Family, so it’s no surprise he was proud to accept a new honor in the Queen’s 2020 New Year list. He was knighted in 1998, but he’s now being elevated to the Order of the Companions of Honour. (Queen drummer Roger Taylor will also receive a O.B.E.; bandmate Brian May received the award in 2005.)

However, the annual announcement was marred by the fact that blundering government officials managed to publish the address details of most of the recipients, which could carry a number of personal, privacy and security implications. Perhaps it would have been better if John and Taylor had followed the example of some of their peers who refused honors when the invitation was extended.

The reasons for saying no are as many as the honors available, though most artists will find themselves with decorations within the Order of the British Empire, including K.B.E. (the one that means you can call yourself “Sir” or “Dame”), C.B.E., O.B.E. and M.B.E.

(The abbreviation K.B.E. stands for Knight Commander of the Most Excellent Order of the British Empire, then in descending rank, C.B.E. means Commander, O.B.E. means Officer and M.B.E. means Member.)

Refusal can be a form of protest against the concept of empire, against monarchy, against current or general government policies, or even a statement against becoming part of the “establishment.” It’s not normally made public when someone rejects an honor, so there are many more rock artists on – well, off – the list than the Five Rockers Who Refused British Honors below.

David Bowie refused a C.B.E. in 2000 and then, three years later, also refused a K.B.E. knighthood. As someone who spent his life pursuing artistic achievement, and also as far away from the rigors of “normal life” as he could, it seems sensible he wouldn’t be interested in such forms of recognition. “I would never have any intention of accepting anything like that,” he said in 2003. “I seriously don’t know what it’s for. It’s not what I spent my life working for.” Asked if he had anti-monarchy feelings, the London-born U.S. resident replied, “I’d only have a serious answer to that if I was living in this country.”

When Mick Jagger accepted his knighthood in 2003, his friend David Bowie distanced himself from any drama by saying, “It’s not my place to make a judgment on Jagger, it’s his decision. But it’s just not for me.” But Jagger’s Rolling Stones bandmate Keith Richards had much more to say on the matter. “It sent out the wrong message. It’s not what the Stones is about, is it?” the guitarist claimed at the time. Referring to the pair’s drugs bust in 1967, he added, “I thought it was ludicrous to take one of those gongs from the establishment when they did their very best to throw us in jail.” No surprise then that Richards refused to accept a C.B.E. when the offer came. In fact, he predicted he’d never be asked because “they knew I’d tell them where they could put it.”

Like his Beatles bandmates, George Harrison accepted an M.B.E. in 1965, though John Lennon returned his in a poltiical protest four years later. However, in 2000 Harrison rejected the offer of an O.B.E., and even though he didn’t discuss it at the time, it was later suggested he was angry at being offered an honor two orders lower than the knighthood Paul McCartney was given in 1997. “Whoever it was who decided to offer him the O.B.E. and not the knighthood was extraordinarily insensitive,” journalist and friend Ray Connolly told the Mail on Sunday. “George would have felt insulted – and with very good reason.” Despite attempts to have Harrison and Lennon knighted posthumously, especially now that Ringo Starr is also a Sir, they’re doomed to failure because no honors are bestowed after death.

In 2007, Brian Eno declined the chance to become Brian Eno C.B.E., and even though he didn’t discuss his reasons – he’s frequently said he’s not interested in talking about himself – it’s possible to guess it had to do with his belief that society needs to be restructured and concepts such as empire and monarchy are outdated. “If you think of the classical picture of how things were organised in an orchestra – where you have the composer, conductor, leader of the orchestra, section principals, section sub principals, rank and file – the flow of information is always downwards,” he told the Guardian in 2017. “The guy at the bottom doesn’t get to talk to that guy at the top. Almost none of us now would think that hierarchic model of social organisation, the pyramid, is a good way to arrange things. … If you transpose that argument into social terms, it’s the argument between the top down and bottom up. It is possible to have a society that doesn’t have preexisting rules and structures. And you can use the social structures of bands, theater groups, dance groups, all the things we now call culture. You can say, ‘Well, it works here. Why shouldn’t it work elsewhere?’”

It’s not much of a surprise that the man who sang “God Save the Queen” as Sex Pistols‘ frontman refused an honor. It’s probably more of a surprise that someone saw fit to offer John Lydon an M.B.E. around 2015 or earlier. “I’ve heard the rumors,” he told NME that year. “Oh, they’re trying to give me an O.B.E. or an M.B.E. or whatever that is. Nope, not interested.” When it was suggested to him he’d become a “national treasure” over the decades, he replied, “You wouldn’t say that if you saw the state of my underpants.” Some fans thought he sold out long ago anyway, after taking part in reality TV shows and butter commercials, but the former Johnny Rotten argued that “people are prepared to absolutely condemn me, but then behind my back, rush off and copy it. I’ve spent my whole life trying to be myself. I’m not emulating other human beings, not trying to fit into what society thinks it has the right to dictate to me about what is right or wrong. Who’s right or wrong here? Well, it’s either me or the whole of society.”