Ozzy Osbourne Album Could Have Gone ‘Sideways in a Hot Second’ 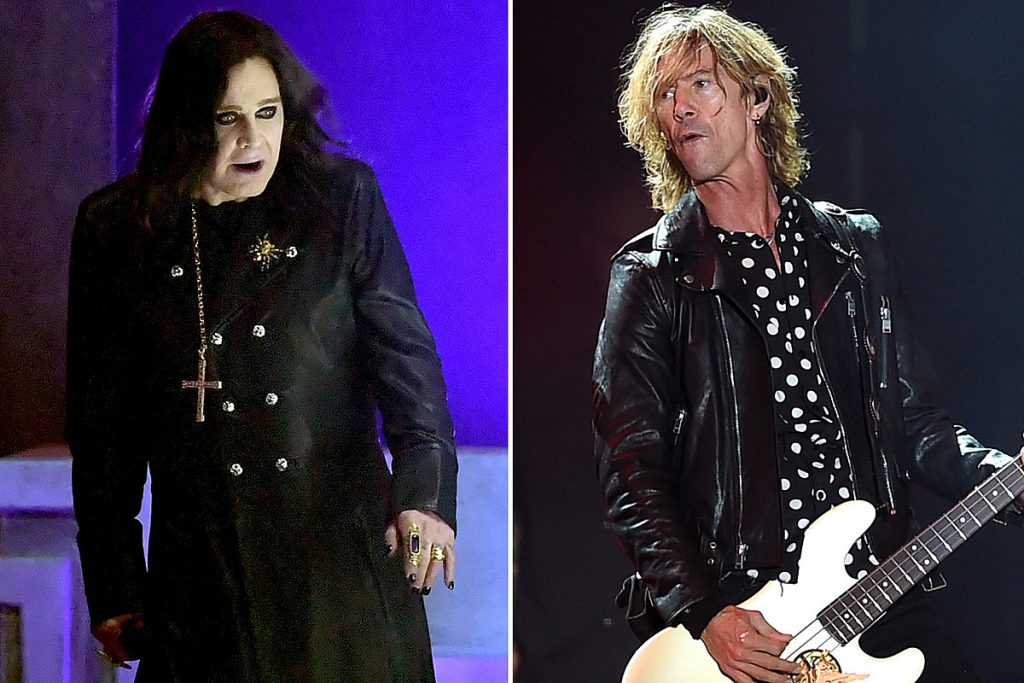 Duff McKagan recalled the experience of helping write and record Ozzy Osbourne’s new album Ordinary Man over a four-day period, and said the project could have gone “sideways in a hot second.”

The Guns N’ Roses bassist collaborated with Red Hot Chill Peppers drummer Chad Smith and guitarist-producer Andrew Watt on the songs, including “Straight to Hell,” “Under the Graveyard” and the title track, a duet between Osbourne and Elton John.

Ordinary Man is set for release on Feb. 21.

“This guy Andrew Watt called,” McKagan told former Sex Pistols guitarist Steve Jones on his Jonesy’s Jukebox radio show. “He said, ‘Do you have some days this week in the daytime? I need to write an Ozzy record. We have four days to do it.’ So we showed up at Andrew’s studio. Everything was kind of set up — Chad’s drum kit was set up – and it was basically one of those things: ‘Who’s got a riff?’ It was really inspired. … The three of us – Andrew Watt and Chad and myself – we’d never written together, and you know that can go sideways in a hot second. But it didn’t.”

McKagan suggested that one of the reasons it worked out was because he and Smith shared an “aggressive” element in their playing and enjoyed the experience of performing together in covers bands. He said his bass tech reminded him that Osbourne is a Beatles fan and to “make sure there’s some Beatles in there,” which is how the title track came about.

“Ozzy came, and Ozzy just loved it,” McKagan noted. “He just came in and started writing words and laid down the vocals. And it was kind of like that. There was definitely urgency to the whole situation. We had so much time to do it, which was only four days. … I think the record is really, really good.”