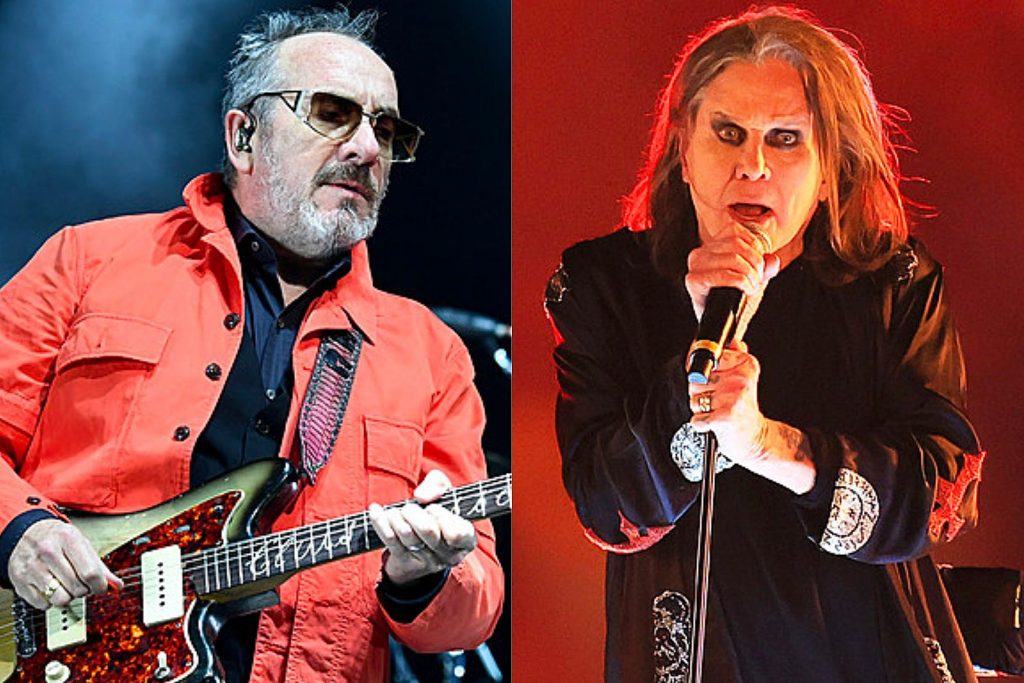 Ozzy Osbourne, Elvis Costello & the Imposters, the Black Keys and Spoon have been nominated for Best Rock Album at the 2023 Grammy Awards.

ABBA, Bonnie Raitt, Christine McVie, Robert Plant and Alison Kraus, Megadeth, Blondie, Neil Young and Sheryl Crow are also up for awards. (The 2023 Grammys are scheduled to take place on Feb. 5 in Los Angeles and will air live on CBS and Paramount+.)

The Black Keys’ Dropout Boogie, Costello’s The Boy Named If, Osbourne’s Patient Number 9 and Spoon’s Lucifer on the Sofa all received nominations for Best Rock Album. Osbourne picked up a few more nominations, including Best Metal Performance for “Degradation Rules,” as well as Best Rock Performance and Song with “Patient Number 9.” (Other songs nominated for Best Rock Performance include “Wild Child” by the Black Keys, “So Happy It Hurts” by Bryan Adams and “Old Man” by Beck.)

Plant and Kraus were also nominated in the Americana category with Best American Album for Raise the Roof, Best American Roots Song for “High and Lonesome,” co-written with T Bone Burnett, and Best Country Duo/Group Performance for “Going Where the Lonely Go.” Meanwhile, in the Best Folk Album section, Judy Collins was nominated for Spellbound.

Blondie’s first box set, Against the Odds: 1974-1982, earned a nomination for Best Historical Album, as did Wilco‘s Yankee Hotel Foxtrot (20th Anniversary Super Deluxe Edition). (The latter was also nominated for Best Album Notes by Bob Mehr.) The Grateful Dead was named in the Best Boxed or Special Limited Edition Package section for In and Out of the Garden: Madison Square Garden ’81 ’82 ’83.

Young and Crazy Horse were nominated for Best Music Film with A Band A Brotherhood A Barn and Elvis also got a nod for Best Compilation Soundtrack for Visual Media.

For Best Traditional Blues album, Gov’t Mule‘s Heavy Load Blues, Buddy Guy’s The Blues Don’t Lie, Taj Mahal and Ry Cooder’s Get On Board and John Mayall‘s The Sun Is Shining Down all earned nominations, while Edgar Winter‘s Brother Johnny is up for Best Contemporary Blues Album.

Other nominations include McVie’s “Songbird (Orchestral Version)” for Best Arrangement, Instruments and Vocals, Crow’s “Forever” for Best American Roots Song and Dan Auerbach of the Black Keys for Producer of the Year in the Non-Classical category.

Why Haven’t These Acts Ever Won a Grammy?