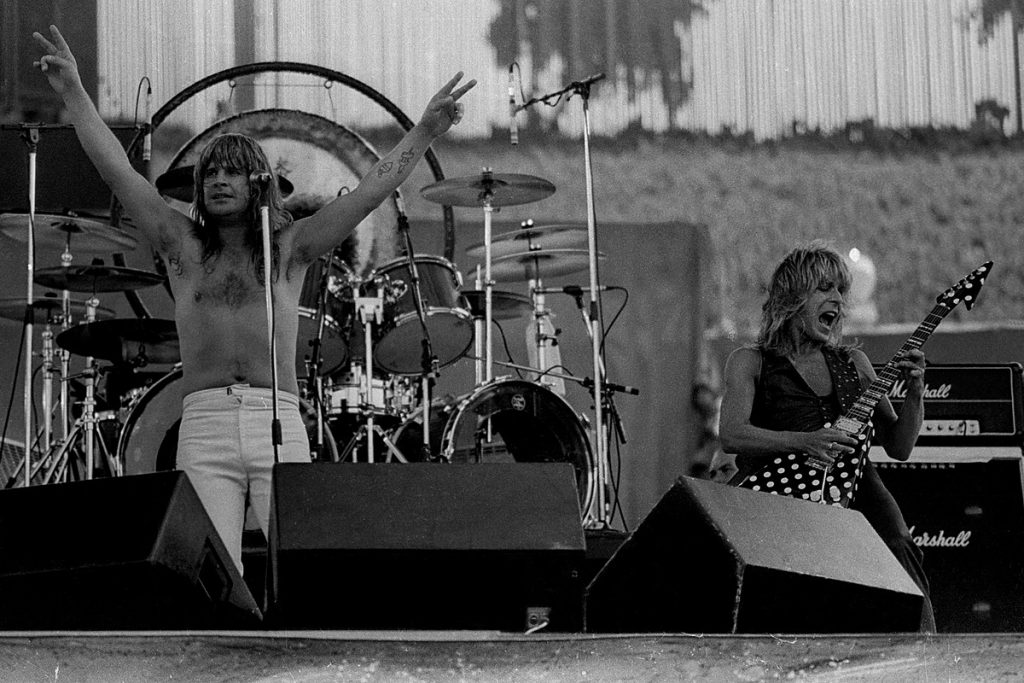 Ozzy Osbourne has offered a $25,000 reward for the recovery of equipment that belonged to late guitarist Randy Rhoads.

The gear was recently stolen from Delores Rhoads’ music school, which has become a shrine to her son since his death in 1982. The musician died in a plane crash on tour as a member of Osbourne’s solo band at age 25.

“As many of you have heard, the Musonia School of Music in N. Hollywood, CA (the school where Randy Rhoads famously taught guitar) was viciously robbed on Thanksgiving night,” Osbourne wrote on Instagram. “Musonia was run by Randy’s late mother, Delores, and after his death 37 years ago, the school became something of a pilgrimage to his fans from all over the world. It is a place where the Rhoads Family happily opened their hearts to share the life of Randy. As you can imagine, the items that were stolen, including Randy’s first electric guitar, are irreplaceable to the Rhoads Family.”

He continued: “I am heartbroken that these treasured physical memories of Randy and Delores have been taken from the family so I’ve decided to personally offer a $25,000 reward for information leading to the arrest and conviction and/or return of all stolen items.”

Osbourne listed the most important missing items, including Rhoads’ first-ever electric guitar (a Harmony Rocket from around 1963), a Peavey amplifier head, a prototype Marshall amp head and Delores’ first trumpet. “This was given to her as a child by her medical doctor father in exchange for medical services as a barter during the great depression,” the former Black Sabbath singer said, noting the instrument sparked her lengthy music career.

Also stolen were “40 years of fan gifts to the Rhoads Family, memorabilia, all photos of Randy Rhoads, the Osbournes, Delores Rhoads and miscellaneous instruments,” he continued, adding that “the main room was cleared out.”

Rhoads’ brother Kelle told The Metal Voice that the break-in was “bad,” explaining, “The Rhoads family essentially has no more pictures or memories … It’s all gone. It’s devastating. … They spent some time here. They even turned one of the heaters on so they’d be warm while they were robbing us blind.”

He added that local police weren’t being “real cooperative right now.” “They’re kind of like, ‘We’ll make a report,’ which they did, and, ‘Too bad for your loss. A lot of people have been burglarized lately so good luck. We’ll see you. Bye,’” he said. “It’s real hard to even communicate with the police — either too many burglaries and the police don’t have the manpower or they found a really good place to get coffee and the donuts.”