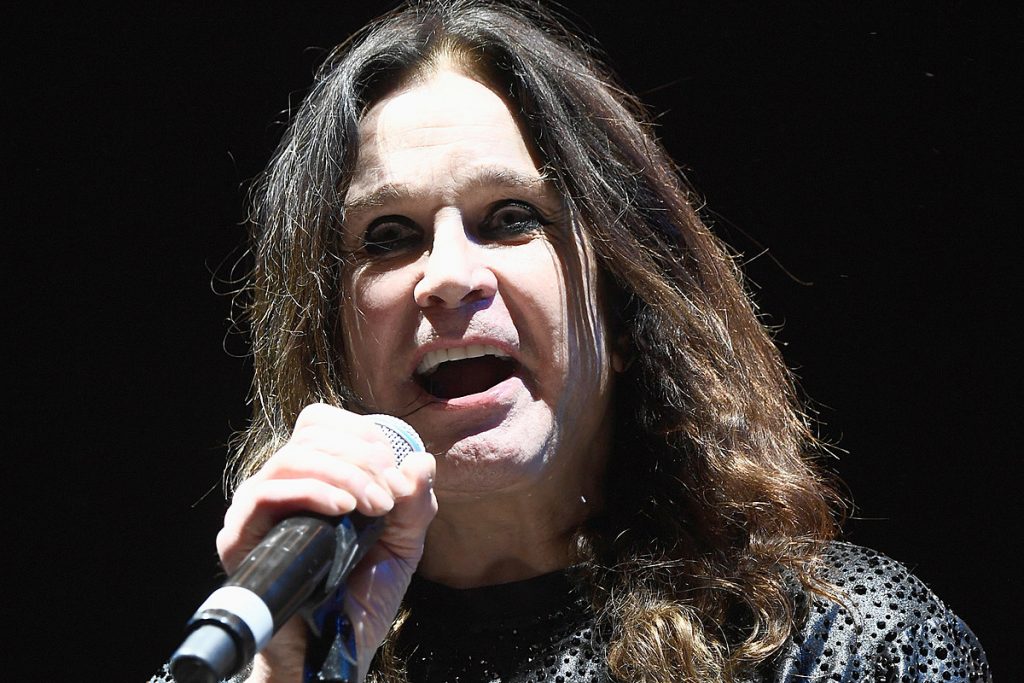 Ozzy Osbourne has produced a video for his new single “Under the Graveyard” that revisits his battles with substance abuse in the late ’70s.

The clip was directed by Jonas Akerlund and stars Jack Kilmer and Jessica Barden as Ozzy and Sharon Osbourne, respectively. The story is told documentary-style, beginning in a Hollywood hotel where the Ozzy character is surrounded by alcohol, drugs and groupies. After about two minutes, Sharon discovers him, flushes all the drugs down the toilet and is there for him during the withdrawal symptoms.

As the song reaches its conclusion, they leave the hotel room. “I knew that it was going to be hard,” Barden says, “but I knew that, together, it would be stronger. I will never give up on him.” The last shot is a photo from Ozzy and Sharon’s wedding.

“For ‘Under the Graveyard,’ Jonas developed the story into a ‘mini movie,’” Osbourne says in a news release. “But, to be quite honest, it’s hard for me to watch because it takes me back to some of the darkest times in my life. Thankfully, Sharon was there to pick me up and believe in me. It was the first time she was there to fully support me and build me back up, but it certainly wasn’t the last.”

“Under the Graveyard” comes from Ordinary Man, which is set to arrive early next year. It was produced by Andrew Watt, who also plays guitar, with a rhythm section consisting of Duff McKagan of Guns N’ Roses on bass and Chad Smith of the Red Hot Chili Peppers on drums. McKagan’s bandmate Slash performed on another of the album’s songs, “Straight to Hell.”

Osbourne’s No More Tours 2 will resume on May 27 in Atlanta after he had to postpone a year’s worth of dates to deal with health issues. Marilyn Manson is slated to be the opening act, and last week we learned that occasional guitarist Zakk Wylde will be with the tour.