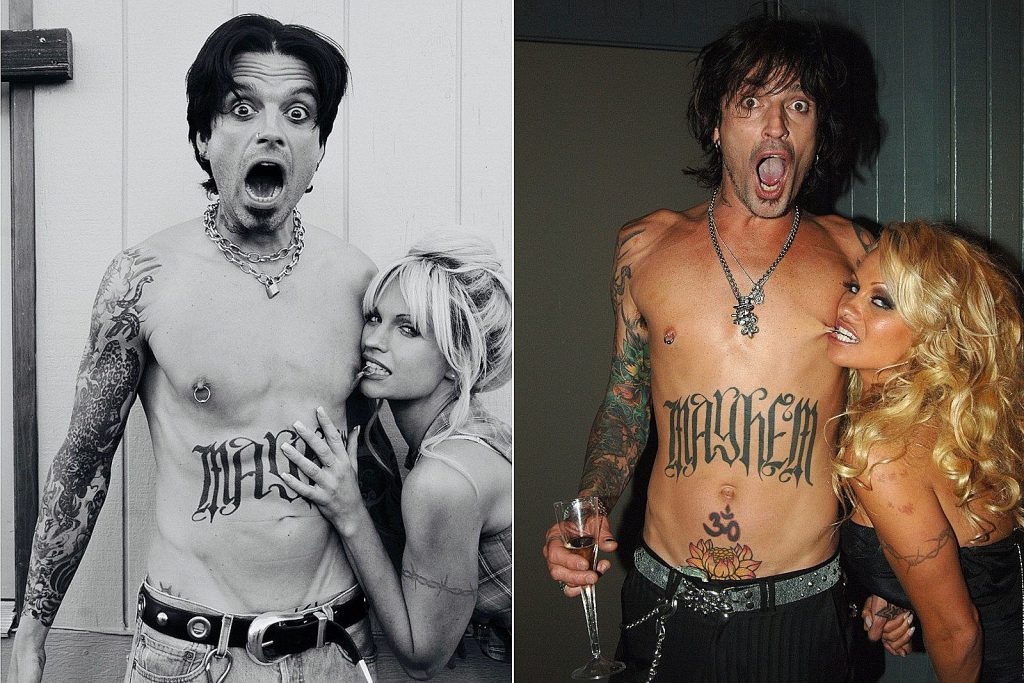 He plays Lee opposite Lily James as Pamela Anderson in the limited TV series that begins airing on Feb. 2. In a recent interview with Variety, he revealed he spent months behind a drum kit ahead of shooting.

“It’s not easy to do,” he said of Lee’s stick-twirling trick. “My fingers were swollen for a good week and a half. I kept hitting myself in the head with it.” His preparations also included fasting to slim down and undergoing hours of temporary tattoo application, which required regular touching up.

“I looked at the tattoos as sort of being a costume in itself,” he explained, adding that the nipple rings are artificial. He noted he was “blown away” when he saw the publicity shot. “The hair and makeup team deserve all the accolades that they can get.”

Showrunner Robert Siegel hailed both Stan and James for their hard work. “They were so committed and also protective of their characters,” he said. “They never let up. They were constantly working with it, trying things and finding that nuance. It’s that thing of not doing an impersonation but trying to capture the essence of what the [real people] were feeling. That’s the tricky part, and I think they both nailed it.”

Stan argued that the drama surrounding Lee and Anderson’s stolen sex tape was an “important story.” “For them as a couple but particularly for her as a woman,” he said. “I can’t imagine what having a private home video stolen from you – how that wouldn’t impact a newlywed couple.”