Pantera Will Tour in 2023 With Zakk Wylde and Charlie Benante 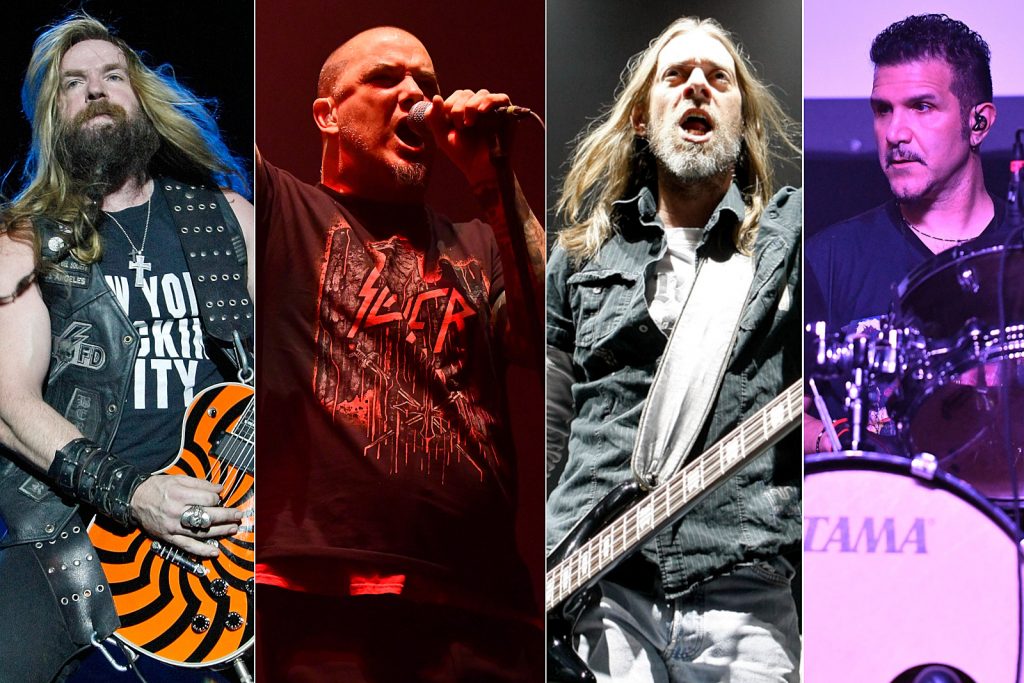 The surviving members of Pantera will tour in 2023, with guitarist Zakk Wylde and Anthrax drummer Charlie Benante rounding out the lineup.

According to Billboard, “The lineup has been given a green light by the estates of the band’s founders, Vincent ‘Vinnie Paul’ Abbott and ‘Dimebag’ Darrell Abbott, as well as Brown, who last year said Wylde wouldn’t tour with a reunited Pantera if that were to happen. It’s unclear what changed his mind.”

An earlier report noted that singer Phil Anselmo and bassist Brown hired Artist Group International to book a 2023 tour. “We are thrilled to be working with such an iconic band and bringing their music back to fans,” said agent Peter Pappalardo.

Pantera guitarist Dimebag Darrell was murdered onstage with Damageplan in 2004, and drummer Vinnie Paul died at age 54 in 2018. Pantera formally broke up in November 2003, almost two years after what became their then-final show. Now Wylde and Benante will fill the voids left by the departed metal giants.

Billboard noted that the band is expected to headline “a number of major festivals across North America and Europe,” as well as staging their own headline shows.

Both Anselmo and Brown have previously addressed the likelihood of playing Pantera music together. In April 2021, Brown Told Eon Music that they still receive offers for a tribute tour: “But if you don’t have the other guys in the band, it’s not going to sound the same,” he added. “If we were ever to do something like that, it would have to be spot-on, or I wouldn’t do it. It would be a tribute.”

Anselmo, who has frequently performed Pantera material live with his backing band the Illegals, noted to Humo Negro in 2019 that such a project would be taxing. “I know from all the hard work with the Illegals [that] to make those songs right, all of us, we would have to take time off and really practice together and get everything perfect,” he said (as transcribed by Blabbermouth). “So it’s a lot of work. And I’m doing a lot of bands, man, right now. [But] if everything was lined up, I would do it — sure. Fuck yeah! Why not?”