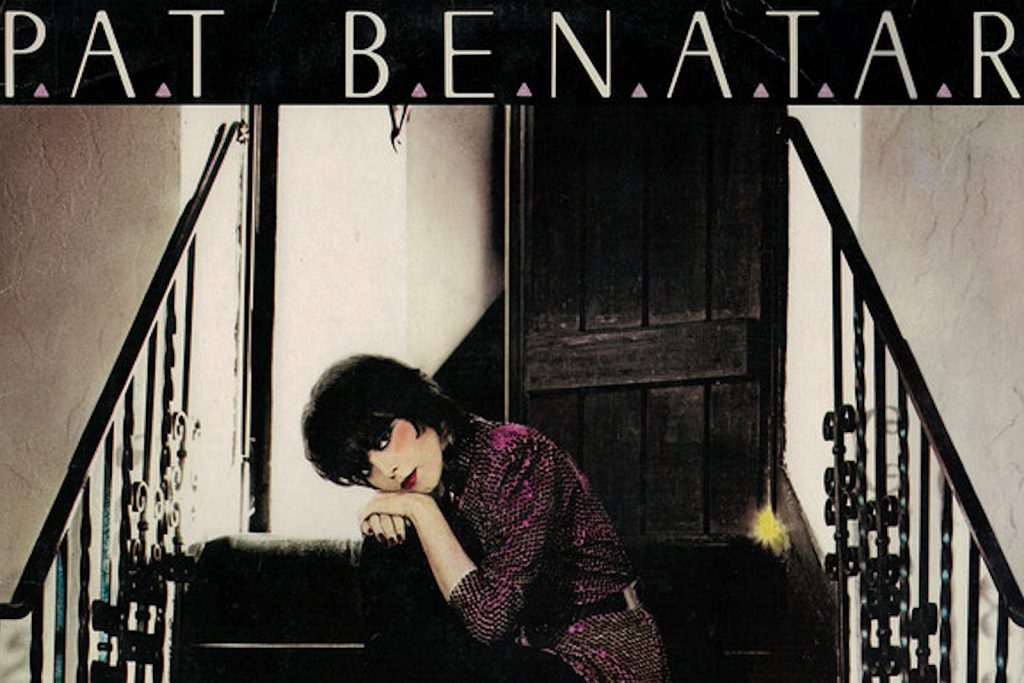 The third time was indeed the charm for Pat Benatar.

Precious Time — released on July 6, 1981 — could well have been a pressure-packed affair for the singer. It followed a pair of blockbuster albums, 1979’s In the Heat of the Night and 1980’s Crimes of Passion, along with five Billboard Hot 100 hits. But all of that instilled confidence, more than anything else, into the making of her third LP.

“There was no doubt that we’d made strides,” Benatar wrote in her 2010 memoir, Between a Heart and a Rock Place. “The cushion of success that we’d earned was enough to make everyone relax a bit.”

That wound up paying great dividends, too. Precious Time was Benatar’s first No. 1 album on the Billboard Top 200, went double platinum and added two more Top 40 hits (“Fire and Ice” and “Promises in the Dark”) to her resume. The former also delivered the second of Benatar’s four Grammy Awards, for Best Female Rock Vocal Performance.

Precious Time was also a personal triumph for Benatar and guitarist and songwriting partner (and future husband) Neil Giraldo. Making Crimes of Passion had been turbulent: The couple felt producer Keith Olsen was often AWOL, leaving Giraldo to pick up the pieces. For Precious Time, Chrysalis Records granted Giraldo coproduction credit, which Benatar termed “either a peace offering or a consolation prize.”

Nevertheless, she added, “there was a lot of tension. Keith clearly had been forced to give [Giraldo] the production credit and he was not happy about it. As a result, he did even less than he had on Crimes of Passion. On that record he at least had a face of involvement. This time he was much more blatant about checking out. His attitude … was basically, ‘You want to coproduce? Have fun. I’m outta here.’

“In all honesty, we were glad. At least this time it was more up-front, and we knew how to react. Things ran much smoother in his absence.”

There was a pre-recording hiccup, however. Benatar and Giraldo, who had been living together, decided to split up. That made the recording process a bit strange but productive. They’d still have dinner every night, Benatar recalled, talking about the songs, the album, the upcoming tour. “There was no outward display of emotion,” she wrote. “It was like we were back to the beginning again. …The worst part was that instead of feeling like we were moving toward something, we were moving farther way.”

Ironically, Precious Time‘s opening track, “Promises in the Dark,” had been written about their relationship, from lyrics Benatar wrote during the Crimes of Passion cycle and slipped under the door of the music room in the house she and Giraldo were sharing. “I was so new to songwriting that I wasn’t at all confident about my skills,” she acknowledged. “I was also embarrassed to write about anything personal.” Giraldo took Benatar’s idea and came up with a blazing rocker, writing the last verse during sessions at Sound City Studios.

“Fire and Ice,” meanwhile, was a more generic rumination on romantic angst, written by Benatar with Tom Kelly and band guitarist Scott St. Clair Sheets. In another irony, Kelly’s future songwriting partner Billy Steinberg penned Precious Time‘s title track (about his mother); he and Kelly went on to team up on hits for Madonna, Cyndi Lauper, the Bangles, Whitney Houston and others, and they were inducted into the Songwriters Hall of Fame during 2011.

Precious Time also featured covers of Paul Revere & the Raiders‘ “Just Like Me” (No. 15 on the Billboard Mainstream Rock Songs chart) and the Beatles‘ “Helter Skelter,” while drummer Myron Grombacher teamed with Giraldo on the track “Hard to Believe.” Performance videos for “Fire and Ice” and “Promises in the Dark,” meanwhile, cemented Benatar’s stature as an early MTV darling; a clip for her cover of the Young Rascals’ “You Better Run” from Crimes of Passion was the second video aired by MTV on Aug. 1, 1981, following the Buggles’ “Video Killed the Radio Star.”

Amidst all the drama, Precious Time simply continued Benatar’s upward trajectory, also hitting the Top 10 in Canada, France, Australia, Sweden and New Zealand. Benatar and Giraldo’s relationship issues led to rough patches on the road — Grombacher labeled it the “Hell Is for Us” tour, according to Benatar — but the two eventually reconciled, marrying in Maui in 1982. “We lost the romantic relationship for a minute but never the creative relationship,” Girlado said years later. “The wife and I were always able to make the music together. I don’t think that’ll ever change.”