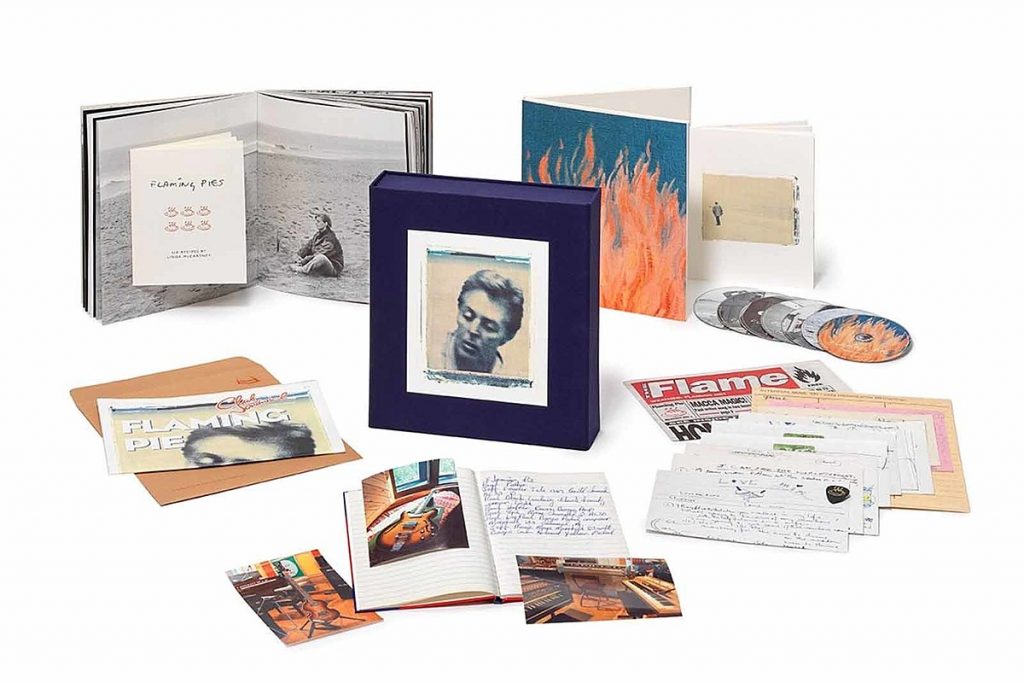 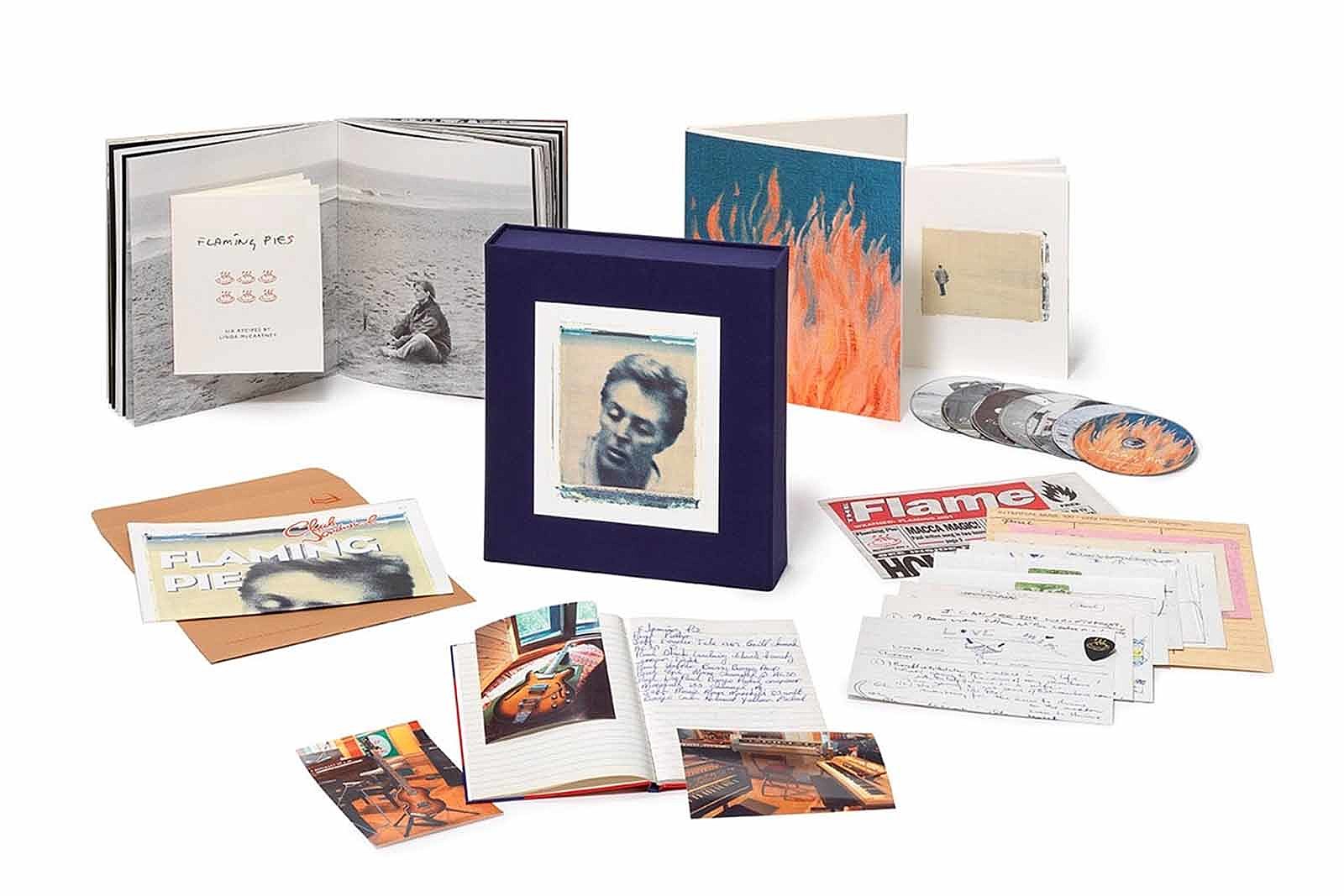 Paul McCartney is set to give 1997’s Flaming Pie the full-scale reissue treatment.

The box also includes a 128-page book featuring previously unpublished photos by Linda McCartney, other artwork, an essay by Chris Heath, new interviews with the people involved in the making of the album, track-by-track information, recipes, handwritten lyrics and more.

A Collector’s Edition, limited to 3,000 copies, adds four vinyl discs – the original double LP plus one record of home recordings on a hand-stamped vinyl sleeve and another featuring “The Ballad of Skeletons,” McCartney’s collaboration with Allen Ginsberg. There’s also a portfolio featuring six silk-screened prints by Linda. It’s all housed in a cloth-wrapped, two-piece box.

You can watch an unboxing video below.

The album is also being re-released with 21 extra tracks on two CDs, as a double-LP and as a three-LP set with the home-recordings disc found in the Collector’s Edition. You can get full info on all formats and pre-order at McCartney’s online shop. All pre-orders come with a re-creation of the “Young Boy” maxi-single, which contains the home-recorded version of the song “Looking for You” and excerpts of “Oobu Joobu Part 1.”

For Flaming Pie, McCartney brought in Jeff Lynne, with whom he had recently worked on the Beatles‘ Anthology project, and George Martin to co-produce the record with him. It would up being his highest-charting LP since 1982’s Tug of War, debuting at No. 2 on the Billboard album chart.