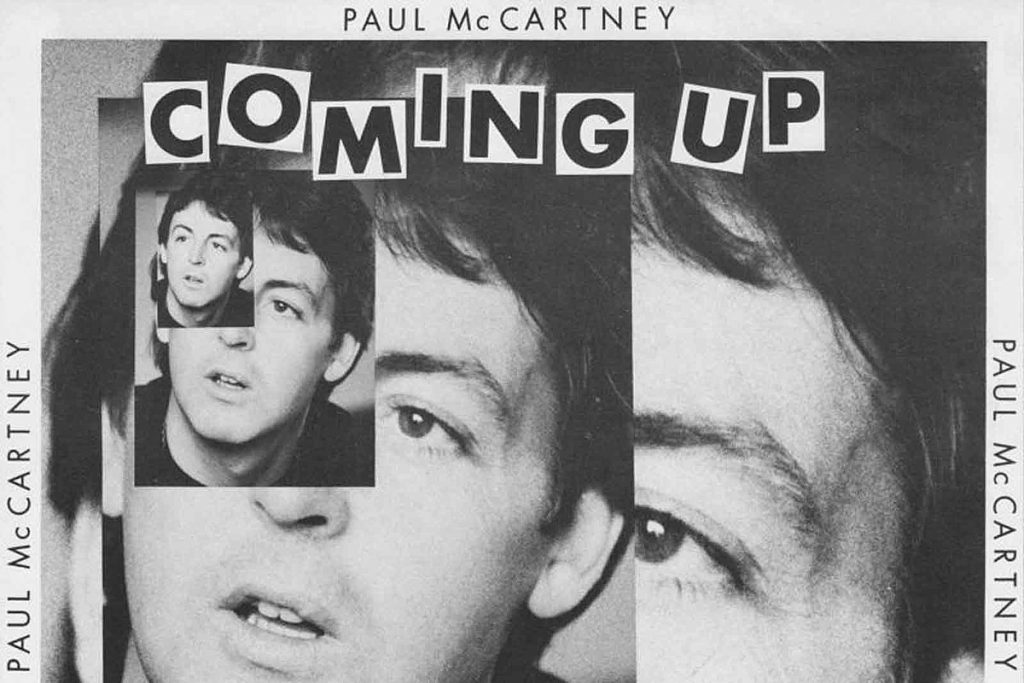 Paul McCartney was so itching to break free from the group constraints of the Beatles in 1970 that his self-titled debut solo album was truly a one-man show.

Except for a few harmony vocals by wife Linda, every guitar, percussion, keyboard, voice and noise heard on McCartney was made by the 27-year-old artist who announced the breakup of the world’s most popular band just a week before his record came out.

But the solo trip was brief. After one co-billed LP with Linda, 1971’s Ram, McCartney formed a new band, Wings, that pretty much became his sole musical vehicle for the next decade. As the ’80s dawned, however, he was ready to go totally solo again.

Wings wouldn’t come to an official end until 1981, but 1979’s Back to the Egg ended up the band’s final album, a relatively commercial disappointment that was also their most underwhelming record. It tried to make sense of the New Wave sounds around them but came off lost and confused in the end.

So McCartney tried again a year later with his second solo album, the appropriately titled McCartney II that arrived in mid-May. A month before, he teased the LP with its first single, “Coming Up.”

Listen to Paul McCartney’s ‘Coming Up’

Like the last couple Wings singles (“Goodnight Tonight,” “Arrow Through Me”) and McCartney’s own solo hit from a few months earlier, the holiday-themed “Wonderful Christmastime,” “Coming Up” – like much of McCartney II – was a synth-driven pop song that had more in common with contemporary bands like Blondie and Devo than the rock ‘n’ roll pioneers (Little Richard, Fats Domino) who informed McCartney’s past.

He started recording the song the previous summer on his farm in Scotland. McCartney started with the basic drum track and, as he told Rolling Stone in 1980, “built it up bit by bit without any idea of how the song was going to turn out.” By the time he finally finished “Coming Up” a month later, he had laid down a vocal that was later sped up to achieve a sort of off-planet version of a Paul McCartney song.

In that sense, it wasn’t all that different from the other 10 tracks on McCartney II, all of which featured McCartney on guitars, percussion, keys and whatever else was heard. (Linda once again added some backing vocals.) But “Coming Up,” which opened the LP, still sounds the like most obvious single from the album. It was, in fact, the only one to chart in the U.S.; follow-up “Waterfalls” stalled outside of the Top 100, and a third single, “Temporary Secretary,” which was released as only a 12″, didn’t make a showing at all.

But a funny thing happened to “Coming Up” on its way up the chart.

Listen to Paul McCartney & Wings’ ‘Coming Up (Live at Glasgow)’

On Dec. 17, 1979, McCartney and Wings performed the penultimate show of a monthlong U.K. tour in support of Back to the Egg in Glasgow. They played “Coming Up,” which was edited and included as one of two “Coming Up” B-sides. (The other, “Lunchbox/Odd Sox,” was left over from 1975’s Venus and Mars LP.)

Unlike the one-man studio version of “Coming Up,” the full-band live take was less experimental, and therefore sounded less weird to U.S. radio programmers, who began playing the B- instead of the A-side. McCartney’s record company wanted to include the concert recording on McCartney II, but he fought the suggestion and won, even though a 7″ of the live track was included in U.S. and Canadian copies of the LP. He had no idea that was the song being pushed at radio.

The Wings version shot up the chart, thanks to record-company support; “Americans like the sound of Paul McCartney’s real voice,” a Columbia Records executive reportedly explained as the reason for shoving aside the artist’s minimalist and vocal-manipulated original, according to the 1980 Rolling Stone article.

Ten weeks after its April 11 release, “Coming Up” became Wings’ sixth and final No. 1 single, staying there for three weeks. (McCartney reached the spot two more times in the ’80s, both times in duets.) The McCartney II album made it to No. 3.

When McCartney returned two years later with Tug of War, it was once again just his name on the cover. But his third solo album enlisted a small army of guests, ranging from early influence Carl Perkins and R&B legend Stevie Wonder to former Wings bandmates Denny Laine and wife Linda to past Beatles collaborators Ringo Starr and George Martin, producing McCartney for the first time since 1973’s James Bond theme “Live and Let Die.” Since then he’s released more than a dozen solo albums, none of them returning to the one-man-band approach he used to such charmingly curious effect on McCartney and McCartney II.