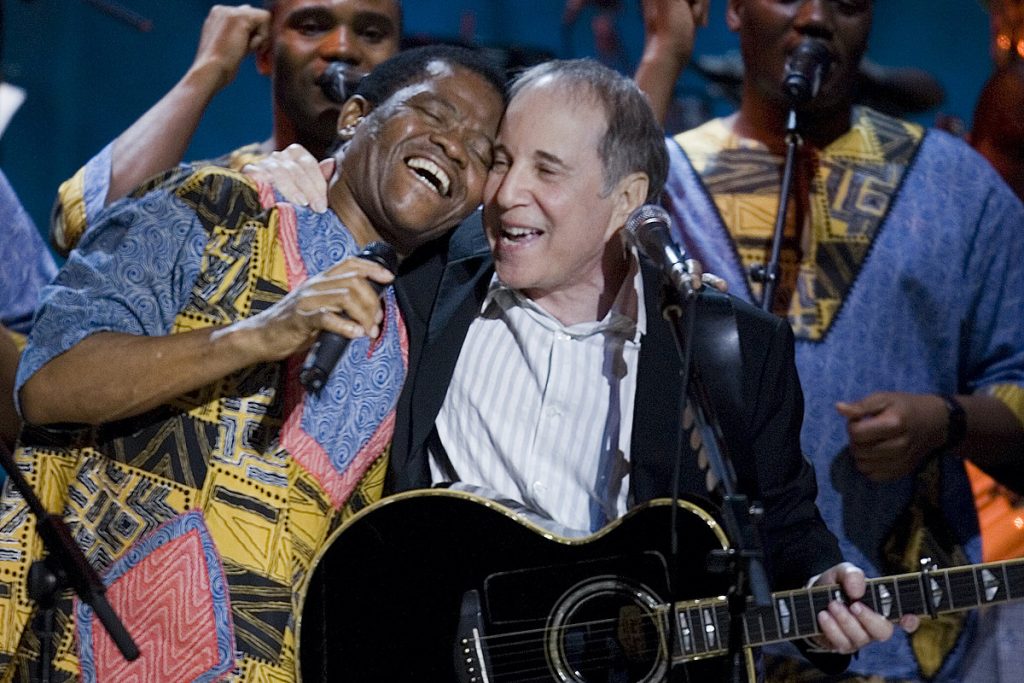 Joseph Shabalala, the retired founder of Ladysmith Black Mambazo who rose to wider fame after appearing on Paul Simon‘s Graceland, has died at age 78.

Shabalala had been off the road since in 2014 and in ill health after undergoing spine surgery a few years later, the South Africa Times reports. He died earlier today at a Pretoria hospital with his wife by his side, according to the BBC. “Yes, it’s true. Mr. Shabalala passed on this morning,” band manager Xolani Majozi told the Times.

Simon initially heard Ladysmith Black Mambazo on a collection called Gumboots: Accordion Jive Hits, Volume II, and sought them out in the mid ’80s. They sang on two songs from 1986’s Graceland – “Diamonds on the Soles of Her Shoes” and “Homeless,” both of which Shabalala co-wrote – before appearing with Simon on tour.

The singer-songwriter later produced the group’s next three international recordings for Warner Bros., including 1987’s Shaka Zulu, which earned a Grammy for Best Traditional Folk Recording.

Ladysmith Black Mambazo also took a cover of “Swing Low Sweet Chariot” to No. 15 on the U.K. charts with the reggae duo China Black. They earned Emmy and Academy Award nominations for the 2000 documentary On Tiptoe: Gentle Steps to Freedom, as well.

Shabalala was working at a factory when he first began singing with a precursor a cappella group to Ladysmith Black Mambazo, whose name was derived from combining their hometown (Ladysmith), the color of the Shabalala farm’s strongest oxen (Black) and the Zulu word for axe (Mambazo). The latter was meant to project strength, as they planned to “cut down” musical competitors.

The group signed a record deal at the turn of the ’70s, then saw 1973’s Amabutho become the first African album to be certified gold. The aging Shabalala handed leadership of Ladysmith Black Mambazo to his son Sibongiseni a few years ago. They are currently on tour in the U.S.