Paul Stanley Has a Message for His Critics 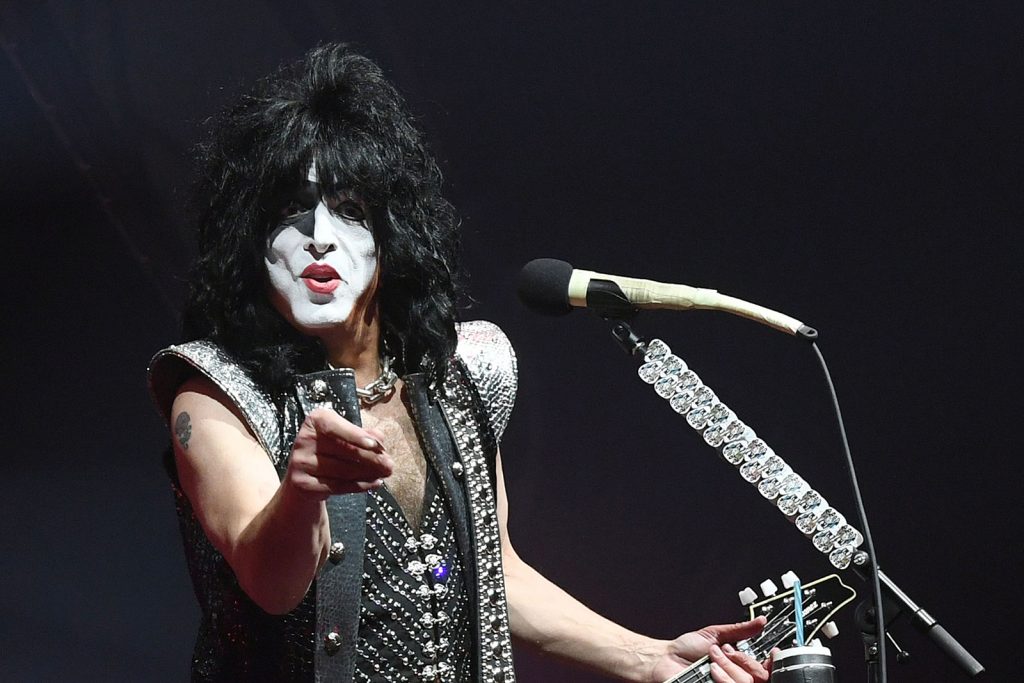 Critics. Who needs them? According to Paul Stanley of Kiss, nobody.

The legendary vocalist has weathered his share of critical drubbings from the day Kiss first stepped on stage nearly 50 years ago. He remains unfazed. “Critics want you to believe that you need them,” he tells UCR. “And you don’t. You don’t need anybody to tell you what good food is. If it’s good, you swallow it. If it’s bad, you spit it out.”

He applies the same thought process to the art that he’s been making as a painter for 20 years now. “If it moves you and if you’re inspired by it, that’s what makes it valid,” he explains. “Not somebody else’s opinion.”

Stanley is set to unveil the Black Series and more of his latest art pieces beginning this weekend at the Short Hills, N.J. location of the Wentworth Gallery. He’ll mount subsequent exhibitions in January in Florida followed by further appearances in Washington, D.C. in February.

In addition to sharing updates on the ongoing End of the Road farewell tour as well as the future of Kiss, Stanley spoke with UCR to discuss his art.

You’re finally getting a chance to do some art exhibits, which were delayed by the pandemic. What are some of the things you’re excited about?
You know, over the years, people have gotten a chance to see my art change. I don’t want to say that it’s progressed, but it’s moved through different styles. I hate saying “styles,” but Picasso was once asked — and God knows, that’s rarified air, so I’m not comparing myself — but he was asked how he saw himself and if he could define himself as a painter. He said, “I would say that I’m a painter without a style.” I think that’s great, the idea that you’re on this endless journey. You are always moving, if not forward, you’re always moving. [Laughs] I’m really pleased when I go to one of the exhibits and see the scope of what I’ve done.

I never could have imagined in the beginning doing an art show in the first place. I certainly couldn’t imagine having too much art to actually install into a gallery. I’m thrilled. I love the idea that perhaps I can break down some of those boundaries and intimidations that people have about art or theater or music. The people who tell you that you need an education to have an opinion, are on salary to make you believe that.

How far back do some of these pieces go?
Probably 20 years. I’d say pretty much all of the originals from the first 18 years or so are all spoken for. They’ve all been acquired and taken into people’s collections. But we also have what are called giclees, which are hi-res scans that are done on canvas. They are also available with me having painted over it. There’s really something for everybody. I think art just makes your home, your apartment, your car — wherever you’re living — it’s just more of a reflection of who you are.

What do you like doing on the road in between the concerts? Are you able to do anything art-wise?
I love just having the time to do nothing. Because our schedule is pretty much more intense than a lot of other bands. Certainly, bands of our stature or our age, frankly. When I hear about bands doing two shows a week — if I was doing two shows a week, I’d stay home. On those days off — unless there’s a great exhibit around that I’d like to see, for the most part, it’s either going to a great restaurant or staying in my room.

Since you mentioned food, how did you get into cooking? I’m often hungry looking at your social media posts when you share what you’ve been making.
Cooking, for me, I started doing it probably 20-some odd years ago when I was getting divorced. It was important to me that [my son] Evan, at the time, knew that everything was okay and that we were going to be fine. I started cooking. He needed breakfast, he needed dinner. That’s when I started. I don’t consider myself a chef — I’m a cook — and there’s a big difference. Most of my friends who are chefs, I tell them that I cook as well as they probably play guitar. But nonetheless, it doesn’t take a lot to combine flavors. You know, you don’t have to start with something difficult. Good cooking, the thing that’s so great about Italian food is that it just respects the ingredients and lets them do the talking. That’s why I find myself doing pastas and pizzas — things where it’s just a matter of combining great flavors. It’s hard to go wrong.

Reunions, farewells and long-awaited shows are on the horizon.