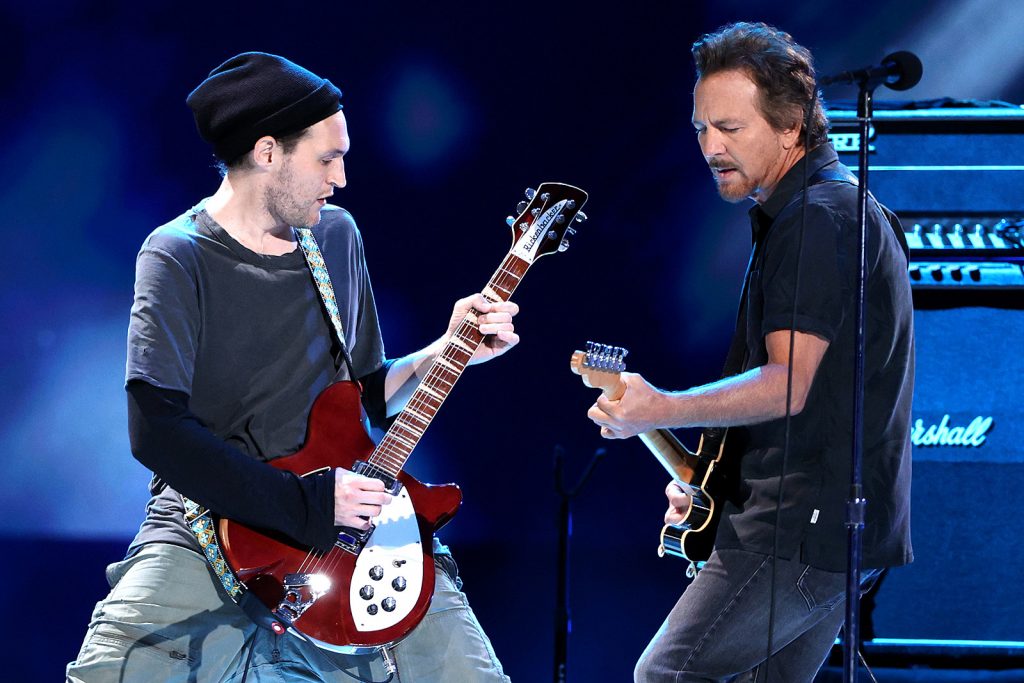 According to Consequence, a representative for Pearl Jam confirmed that Klinghoffer has been added as a touring musician, meaning the festival performance was not a one-off affair. The guitarist was a member of the Red Hot Chili Peppers from 2009 to 2019, replacing — and later replaced by — John Frusciante.

During their Sept. 18 Sea.Hear.Now set, Pearl Jam delivered an eclectic selection of 20 songs from throughout their legendary career. Classic hits such as “Alive,” “Daughter,” “Better Man” and “Even Flow” were sprinkled throughout the night, while material from the band’s latest album, Gigaton, was also featured heavily. In total, six songs made their live concert debut during the performance, the majority of which were tracks from the band’s 2020 LP.

Pearl Jam also mixed some covers into their set, performing part of the Rolling Stones’ “Waiting on a Friend” in dedication to drummer Charlie Watts and comedian Norm Macdonald, both of whom died recently. The night’s encore included a rousing rendition of Bruce Springsteen’s “My City of Ruins,” while Pearl Jam later covered Neil Young’s “Rockin’ in the Free World” to close out the night’s performance.

The complete set list, along with fan shot video from the concert, can be found below.

While the festival performance was Klinghoffer’s first show with Pearl Jam, the guitarist has been in their orbit for some time. The rocker contributed to Eddie Vedder’s upcoming solo album, Earthling, and performed alongside the Pearl Jam frontman during Global Citizen’s VAX Live Event in May. Klinghoffer had been scheduled to open Pearl Jam’s 2020 U.S. tour with his Pluralone project, before the COVID-19 pandemic brought live performances to a standstill.

Watch Pearl Jam Perform ‘Even Flow,’ ‘Wishlist’ and Part of ‘Waiting on a Friend’