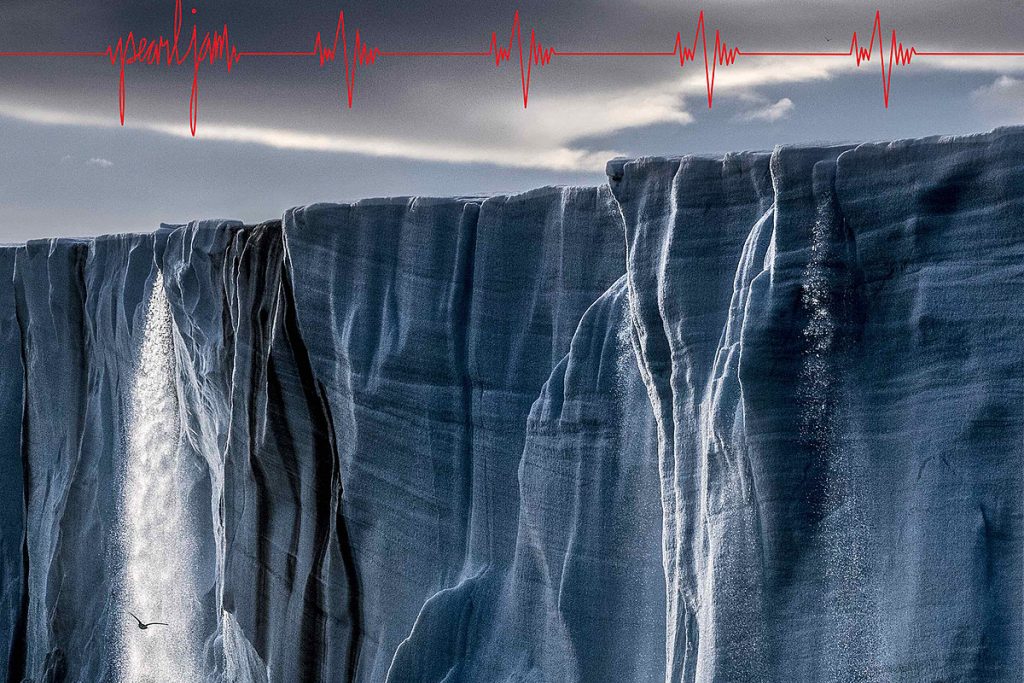 “Making this record was a long journey,” guitarist Mike McCready said on the band’s website. “It was emotionally dark and confusing at times, but also an exciting and experimental road map to musical redemption. Collaborating with my bandmates on Gigaton ultimately gave me greater love, awareness and knowledge of the need for human connection in these times.”

The first single, “Dance of the Clairvoyants,” is expected in the next few weeks. You can pre-order the album on CD and vinyl at Pearl Jam’s webstore.

News of the album was accompanied by dates for a North American tour. They’ll play 16 shows across North America, starting March 18 at the Scotiabank Arena in Toronto and concluding April 19 after the second of two shows at the Oakland Arena. You can see the tour dates below and get full ticket details at the band’s website.

Produced by Josh Evans and the band, Gigaton is Pearl Jam’s first record since 2013’s Lightning Bolt, marking their longest stretch between releases. In January 2019, bassist Jeff Ament revealed they had trouble focusing their energies in the studio, with 2018’s standalone single “Can’t Deny Me” arriving as the only new music heard since Lightning Bolt.

“We’ve gone in, probably, four or five times in the last couple of years, so we have a whole ton of unfinished stuff,” Ament told Rolling Stone. “We’re just sort of in a little bit of limbo. I’m sure everybody’s got a bunch more riffs, and I’m sure [Eddie Vedder]’s got a handful of journal lyrics. It’s just going to take us all getting into a room together for six weeks and just knocking something out.”

“We’re going to make a record, and we’re in the middle of it,” guitarist Stone Gossard added. “We’re just going to keep plugging away until we get one done.”

Hints that Pearl Jam were planning to announce a new album began last week, starting with a couple of images on social media — one with the band name spelled out like an electrocardiogram and a more ambiguous one that looked like an animal’s footprints or raindrops. Over the weekend, their website was updated with an interactive map that showed locations of large billboards featuring the EKG logo and a photograph of a polar ice cap, when viewed through an Instagram filter, melted.