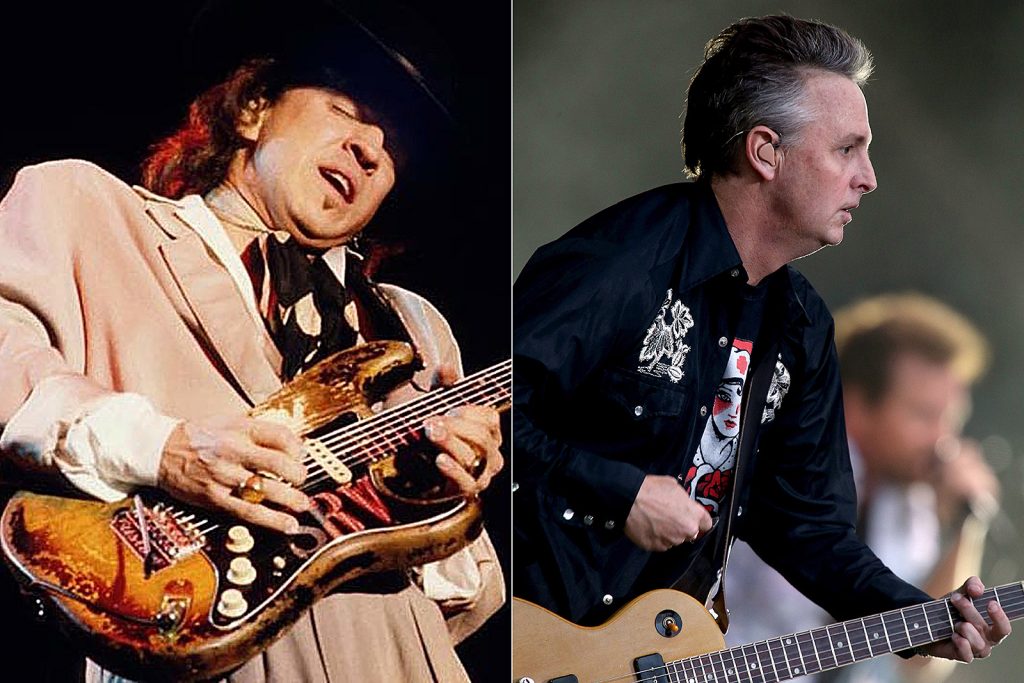 Live concerts can be a life-altering experience. Just ask Pearl Jam’s Mike McCready, who said he had stopped playing guitar about a year before he joined the band.

He shares the revelation in Enormous: The Gorge Story, a new documentary about the history of the Seattle-area music venue. (The movie, presented by Trafalgar Releasing, will screen for one night only on July 21 to celebrate the reopening of theaters and the return of live music.)

McCready had been going through changes as a music fan. He had grown up going to concerts with future bandmate Stone Gossard, and as he recalled in a Guitar World interview, they went to see Judas Priest and “learned how to head bang at Iron Maiden shows.” He then discovered “a classic-rock thing” with bands like the Rolling Stones coming into his orbit. But getting into B.B. King, Stevie Ray Vaughan and other blues legends added another layer to his musical development.

Vaughan played the Gorge twice during his tour for the In Step album, in 1989 and 1990. McCready was in the audience at both shows. “That was life-changing,” he says in an exclusive clip from Enormous that you can watch below. “I had given up on music.”

He says it was “a long struggle” from age 11 until “about 22,” when he first started taking music seriously. “It was fun, but it wasn’t really happening and I felt like, ‘I’ve got to figure out what I’m going to do here,’” he remembers. “I was kind of lost.”

McCready viewed his future in a new way thanks to Vaughan. “After seeing him play here, that was an amazing kind of spiritual change for me,” he says. “The next day, I was like, ‘I have to play the guitar again. I have to do it.’ That Stevie Ray Vaughan concert there at the Gorge put me back on the path to music. I know that for sure.”

Pearl Jam played the Gorge for the first time three years later, sharing the stage with Neil Young and Blind Melon, and giving fans a preview of music from their second album, Vs., which came out a month after the September 1993 concert.

The band has performed at the venue many times since then, even documenting its 2005 and 2006 performances with a seven-disc box in 2008.

Located “150 miles from nowhere” in an area of rural farmland, the Gorge remains McCready’s favorite venue. “You had to drive all the way here and drive all the way back to Seattle – I did that a bunch,” he recalls. “But it was worth it. It was worth the trip. I’d watch a whole show and get home at five in the morning or whatever, and go back to work.”