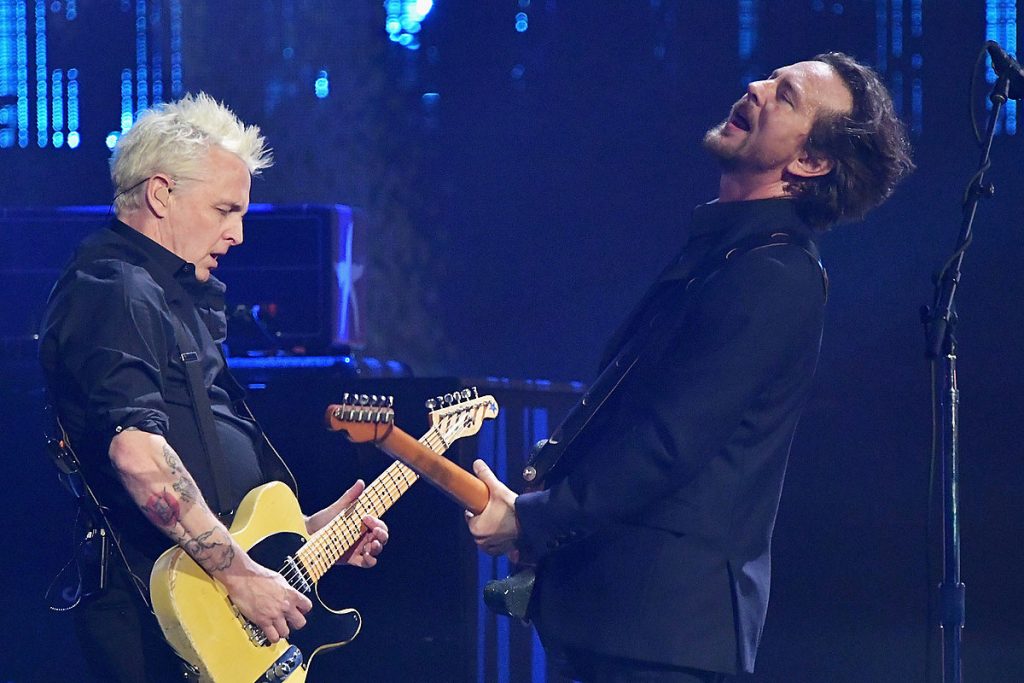 Pearl Jam have released “Dance of the Clairvoyants,” the lead single from their upcoming record Gigaton, which you can hear below.

The song opens with a drum and bass beat, delivering arguably the funkiest groove of the band’s career. From there, a buoyant keyboard kicks in, driving the song forward to Eddie Vedder’s first lyrics. “Confusion is to commotion, what love is to our devotion / Deceptively big, big as the ocean / and equally hard to control,” the frontman sings before ratcheting up the aggression in his voice for the song’s ensuing lines.

In the chorus, Vedder warns of pitfalls of being passive, asserting: “When the past is the present and the future’s no more / every tomorrow is the same as before.” Throughout the track, Mike McCready‘s jangling guitar part adds frantic energy, stabbing through the tune with each emphatic note.

In a message posted via Twitter, bassist Jeff Ament said that “Dance of the Clairvoyants” was “a perfect storm of experimentation and real collaboration… We’ve opened some new doors creatively and that’s exciting.”

Fans got their first taste of the song when an 11-second snippet was heard on Bill Simmons’ podcast in mid-January, with the host saying, “First, some new music.” Although he didn’t give any details, running the audio through the Shazam app revealed the name of the song and the artist. For more than two years, Simmons has used live versions of “Corduroy” and “Yellow Ledbetter” as his intro and outro themes.

Arriving March 27, the 12-track Gigaton, Pearl Jam’s 11th album, was co-produced by the band and Josh Evans. It’s his first full-length project with the group, although he engineered their 2018 single “Can’t Deny Me” and their cover of Brandi Carlile‘s “Again Today,” as well as worked on side projects by Ament and McCready.

“Making this record was a long journey,” McCready said in a press release announcing Gigaton. “It was emotionally dark and confusing at times, but also an exciting and experimental road map to musical redemption. Collaborating with my bandmates on Gigaton ultimately gave me greater love, awareness and knowledge of the need for human connection in these times.”

On March 18, a little more than a week before the album hits record store shelves, Pearl Jam will embark on a North American tour at the Scotiabank Arena in Toronto. After four shows in Canada, they’ll cross the border and play 12 dates in the U.S., concluding with two nights at the Oakland Arena on April 18-19. You can see all their tour calendar here.