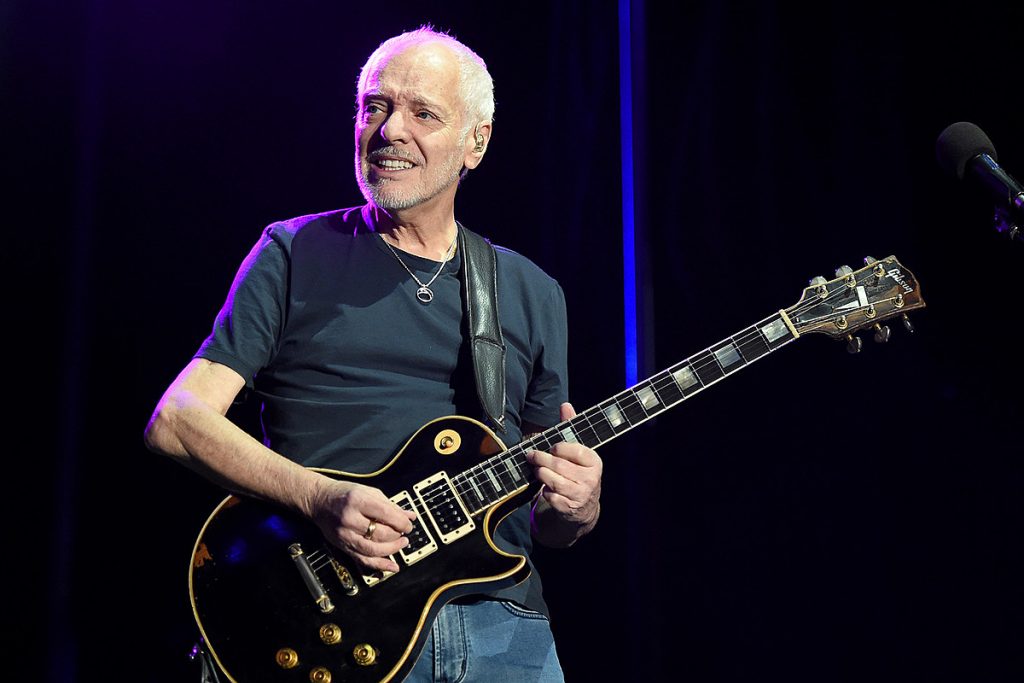 Peter Frampton predicted he’ll keep recording music after his wasting disease makes it impossible for him to continue performing live.

The 69-year-old guitarist announced last year that he was suffering from inclusion body myositis (IBM), and embarked on a farewell tour, which may be interrupted by the coronavirus pandemic. In a new interview with Guitar World, he reported that he was beginning to feel the effects of the illness onstage.

“It’s more the fretting hand that’s affected,” he said. “The left side is ahead in the progression of the disease, more than the right. Luckily, my left hand is doing really well, and I’m sure for the rest of this year, I’ll be okay. … I’m doing good. I’m on a drug trial. I’m in a control period right now. I’ve had testing done and then … I start taking the test drug. That’s for 10 months. So we’ll see how we do.”

Asked if performing meant more to him now than ever, Frampton replied, “Yes, and the audience really add to that feeling. We did about 50 shows here in the States, and there’s an incredible warmth that’s coming from them toward us onstage. It’s like they’re trying to heal me. There are no words to explain that particular feeling. It’s sad. It’s happy. It’s everything.

“But I can’t lose it onstage, because I have a whole show to do. So I don’t say goodbye at the end. I wave. And I think that’s the moment. When I turn my back and walk off the stage – I don’t have a dry eye at that point.”

Frampton explained that he doesn’t want to wind up in a position where he’s not able to perform to his and his fans’ standards. “I know that poor Keith Emerson – who was a dear friend – had some hand problems, and that was awful, that he started getting criticized for his playing,” he noted. “I don’t want that for me. I can’t ever go onstage knowing that I’m not going to be able to play my best.”

He said he believed his playing has become “more soulful” in recent times. “I don’t know if that’s because I treasure every moment I can play, or if it’s just that I love playing,” Frampton explained. “And I’m going to go on playing. I might not be able to play in front of an audience in a couple of years, but I’m going to be battling on and recording. And with recording, you can touch things up a bit. So I think I’ll have a longer recording life than I will a ‘live’ life, as it were. I feel positive about the future.”