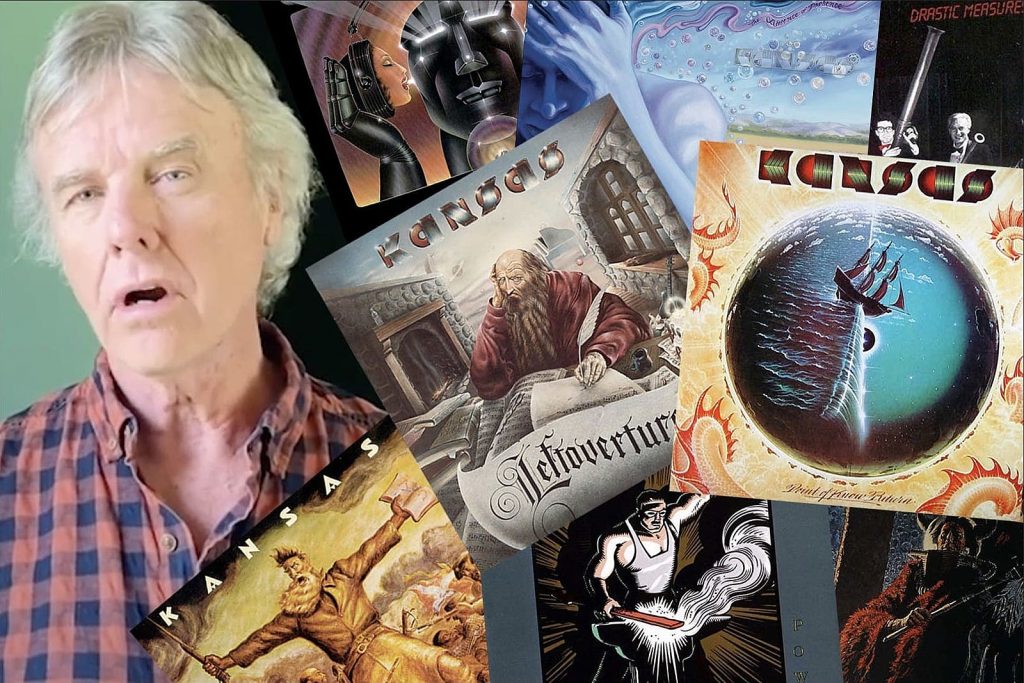 “It’s been such a long trip,” he tells UCR. “Fifty years is a long time. The good news is I can remember it all. As far as how I feel about it, [I’m] really happy to be here and really happy that the band is doing well. Very happy about the new music that we’ve made. Still good friends with all the previous members of the band. It’s nothing but good news.”

Along the way, Kansas racked up gold and platinum albums (highlighted by 1976’s Leftoverture and 1977’s Point of Know Return), memorable hit singles (including “Carry On Wayward Son” and “Dust in the Wind”) and endless tour miles. More recently, they’ve staged a well-received comeback with 2016’s The Prelude Implicit and 2020’s The Absence of Presence.

Ehart and original guitarist Richard Williams are the stalwarts, having steered the Kansas ship through different rosters and changing musical tastes. The current lineup – including singer Ronnie Platt, bassist Billy Greer, keyboardist Tom Brislin and violinist Dave Ragsdale — is now gearing up for a golden anniversary tour. Fans can expect to see and hear Kansas perform both classic and newer material that spans the wide arc of their career.

They’ve also just released a career-spanning three-disc anthology titled Another Fork in the Road: 50 Years Of Kansas. This historic moment sparked some deeper thoughts from Ehart, who joined UCR for a look back on eight career-changing Kansas albums.

Founding drummer goes in depth on a series of career-changing Kansas LPs.