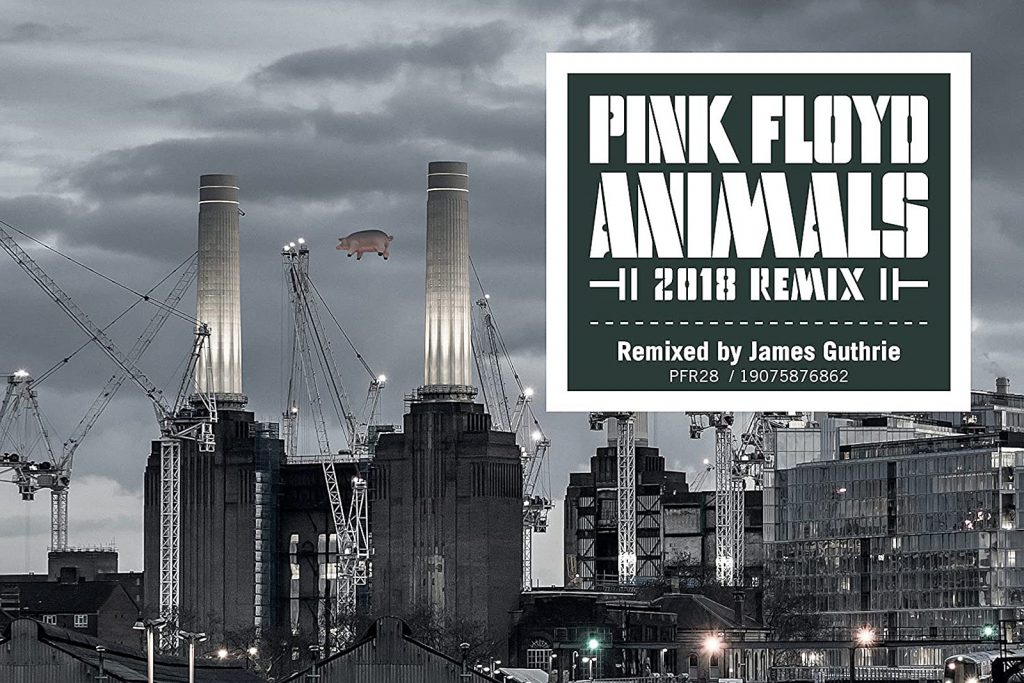 The lawsuits, the interview insults, the angry pull-quote headlines over all matters Pink Floyd — it’s been depressing to watch Roger Waters and David Gilmour, the onetime yin-yang of an all-time great rock band, constantly butt heads in public.

Part of that’s the fan worship talking. Who wouldn’t prefer the fairy tale notion that all ex-bandmates stay friends, preserving legacy above all else? But in this case, it’s also a practical concern: A “new” remix of Animals, the band’s 1977 LP, was finished in 2018, but liner note disputes (yes, seriously) contributed to the project’s long delay.

Ironically, the original Animals offered the last taste of their creative balance. Sure, you could make a good argument for their 1979 follow-up, The Wall — a concept album almost entirely spearheaded by Waters — as Pink Floyd’s masterpiece. But Animals, at least sonically, highlighted the old-school all-hands-on-deck spirit that defined their ’70s peak.

Not to say the vibe was fully democratic. Gilmour (guitar and vocals) and Richard Wright (keyboards), who’d both made significant contributions to The Dark Side of the Moon and Wish You Were Here, were less involved this time around: Between the two, they managed only one co-write (Gilmour on the 17-minute “Dogs”). Still, unlike The Wall, which often sounds like Waters with elite backing, Animals is often more about atmosphere and mood than conventional songwriting anyway — Waters’ lyrical concept, comparing human flaws to animal behavior, creates underlying darkness that the musicians build upon.

Gilmour never played with more naked aggression, from the gritty talk-box and funky slap bass of “Pigs (Three Different Ones)” to his syncopated acoustic strumming and harmonized leads on “Dogs.” Wright, while never as assertive as he was on Wish You Were Here, is still a master of texture: His glowing electric piano intro to “Sheep” is crucial to that track, creating a sense of jazzy introspection that’s gradually uprooted and subverted over 10-plus minutes.

James Guthrie’s remix offers no major revelations — Animals, like most middle-period Floyd albums, was already perfect on a fidelity level. The alterations here are interesting but subtle, modernizing the sound a bit: punchier drums and more prominent vocal effects on “Pigs (Three Different Ones),” a more pronounced dissolve from Waters’ shouted vocal into the swirling synth during the verses of “Sheep.” (One strange choice: The tasty little bass riff at 4:25 in “Dogs” sounds noticeably quieter.)

Fans will probably argue the merits of one version over the other. Fair enough, really — it wouldn’t be a Pink Floyd project without a little drama.