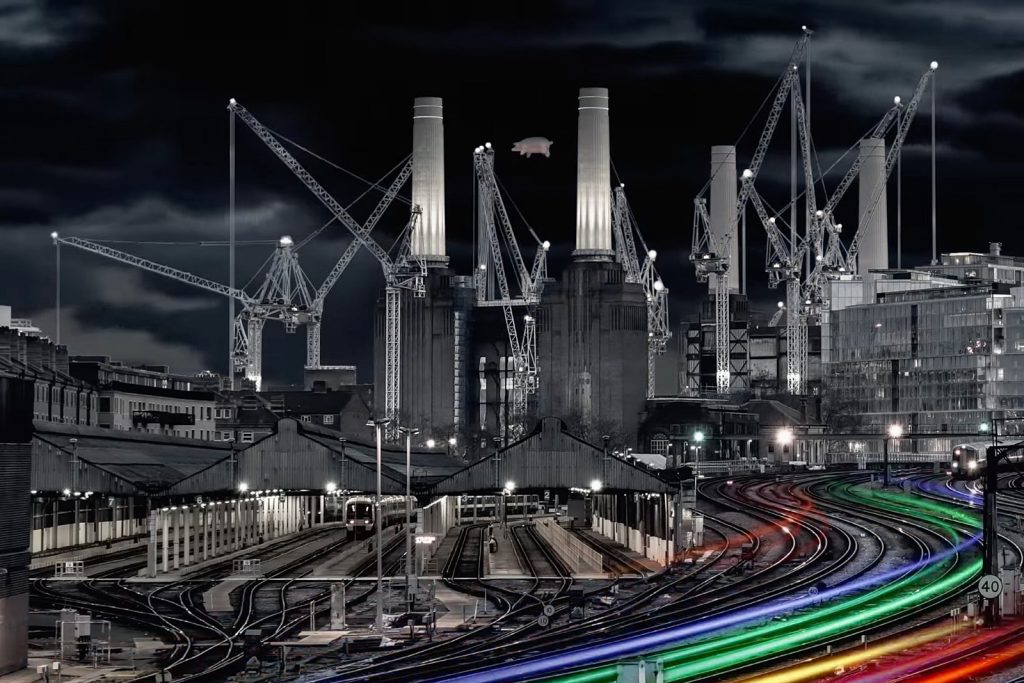 Pink Floyd previewed their upcoming Animals remix with the updated 2018 version of “Dogs.”

The 17-minute track, which caps off Side One of the original 1977 LP, is a signature full-band epic: Roger Waters and David Gilmour tag-team the vocal; the former anchors the rhythm section with some of his most melodic bass parts; Gilmour moves from syncopated acoustic strumming to densely orchestrated electric leads; and Richard Wright adds constant color with Fender Rhodes, organs and Minimoog.

The 2018 remix doesn’t change the song’s arrangement, but there are some noticeable sonic tweaks — including Nick Mason’s crisper cymbals and a more upfront Gilmour vocal.

You can hear the song below.

Animals 2018 Remix will be released on Sept. 16 in multiple formats: CD, LP, Blu-ray and SACD, all packaged with an expansive booklet. A deluxe, limited-edition set, out Oct. 7, bundles the CD, LP, audio Blu-ray and audio DVD with a 32-page book featuring behind-the-scenes photos.

The Blu-ray and audio DVD include the 2018 remix (completed by longtime Pink Floyd collaborator James Guthrie) in stereo and 5.1 surround sound, along with the original 1977 stereo mix.

As the title suggests, these remixes were finished four years ago, but disagreements contributed to the project’s long delay. In respective 2021 interviews, both Waters and Gilmour mentioned discrepancies over potential liner notes. Three years earlier, Mason noted that archivists were struggling to find enough material to flesh out the set.