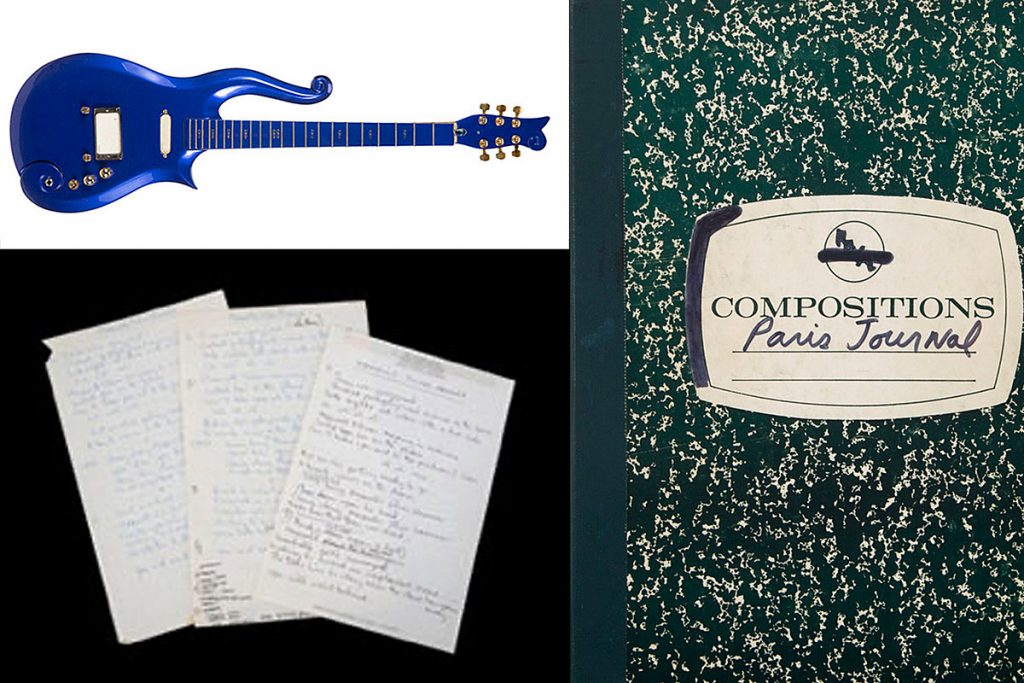 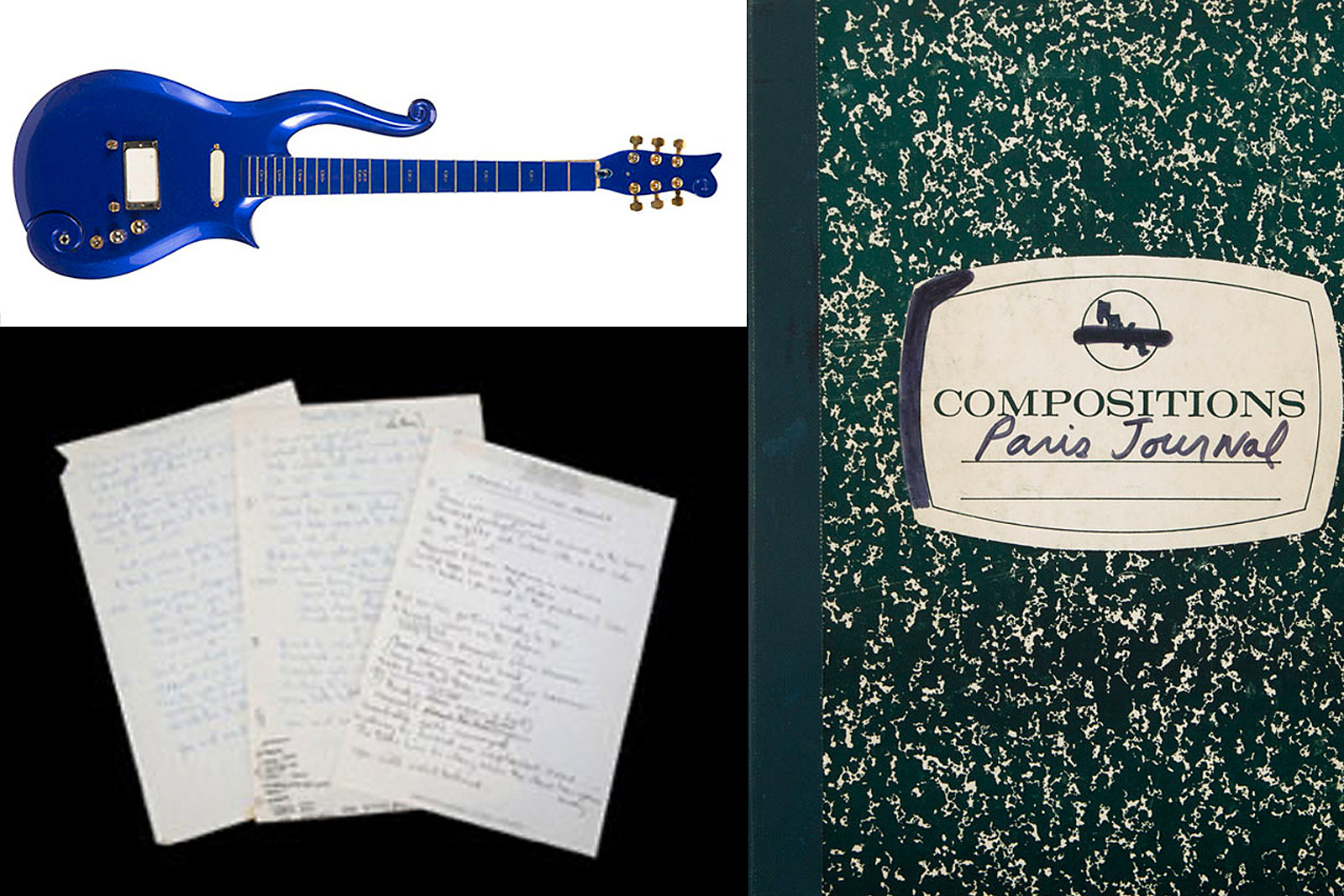 Julien’s Auctions has unveiled its Music Icons 2020 collection and it features an impressive assortment of one-of-a-kind material.

One of the top pieces available to the highest bidder is a blue cloud guitar formerly owned by Prince. The instrument was custom built for the Purple One in 1984 and is adorned with the musician’s distinctive love symbol. The guitar is estimated to go for in excess of $100,000. Other Prince-related items up for auction include the late artist’s two-piece purple suit, his love-symbol belt buckle and a 14-karat white gold “NPG” pendant mounted with 75 round diamonds.

Another of the auction’s most distinctive items is a page of handwritten lyrics for “Maxwell’s Silver Hammer,” penned by Paul McCartney. The lines, written in 1968 on a sheet of “Apple Corps Limited, 3 Saville Row”-headed stationery, display a work in progress – with changes, edits and alterations noted throughout. The track was eventually featured on the Beatles’ 1969 album Abbey Road.

Elsewhere, an assortment of material previously owned by Morrison is sure to get the attention of Doors fans. The singer’s “Paris Journal,” comprised of notes and poems written by Morrison before his 1971 death, is also up for grabs. A piece of David Bowie history is also going to auction. A handful of the late singer’s 1966 unreleased studio recordings will be available, including alternate versions of the songs “Silly Boy Blue,” “Sell Me a Coat” and “Please Mr. Gravedigger,” all of which would appear on Bowie’s 1967 self-titled debut.

Presley is represented at the auction with a collection of colorful jewelry and belt buckles. Other less gaudy items – such as his prescription pill bottle, fighting knives, chest x-ray and an unused deposit slip – will be available too.

The list of items continues with a guitar previously owned by Eddie Van Halen, a drum kit played by the Police’s Stewart Copeland and a guitar signed by the Rolling Stones. Prefer your memorabilia in clothing form? There are outfits worn by Elton John, Mick Jagger, AC/DC, and Queen’s Freddie Mercury available to bid on. Rather something handwritten? Original lyrics by Oasis and Steely Dan could be yours. There’s even an MTV Moon Man that previously belonged to Guns N’ Roses up for auction.

“This year’s edition of Music Icons offers an unsurpassed collection of over 700 music items to our thriving international market with something for every music lover and serious collector,” Darren Julien, president and CEO of Julien’s Auctions, noted in a press release. “Julien’s Auctions is proud to present these important artifacts, all of which occupy an unparalleled place in music history and pop culture.”

The auction will take place over two days, June 19 and 20, in Beverly Hills. Perspective buyers can bid in person or online at JuliensLive.com. Full details, including registration information, is available at juliensauctions.com.