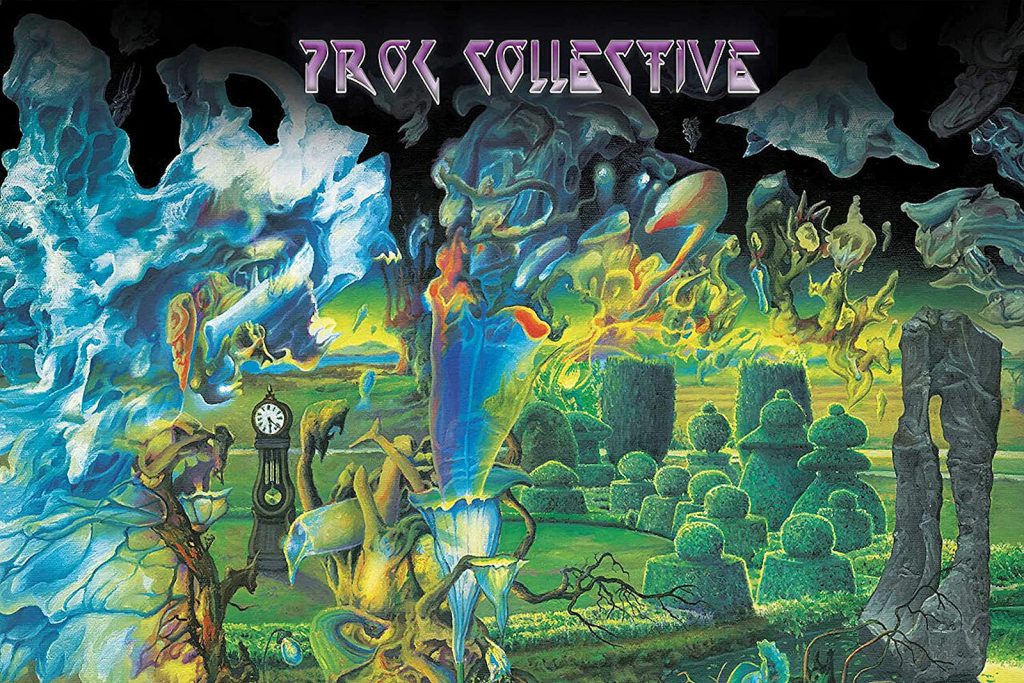 Over a four-album span, the Prog Collective has found a musical comfort zone. It’s best described as “Billy Sherwood and Friends.” A two-stint member of Yes, Sherwood serves as producer and multi-instrumentalist savant on the sessions, flying in a series of file-shared guest turns that were at first intriguing but have become at times somewhat confusing. The same, quite frankly, can be said for the selected songs.

The Prog Collective’s self-titled 2012 debut was dotted with originals and featured assists from entirely expected figures like Alan Parsons, Tony Levin, Rick Wakeman and John Wetton, among others. Epilogue, released a year later, saw Sherwood constructing some very welcome partial Yes reunions. By the time we get to 2021’s World on Hold, however, the collective has begun to stray well away from prog. Steve Hackett and Jethro Tull‘s Martin Barre were suddenly joined by … David Clayton-Thomas of Blood, Sweat & Tears? Each album seemed to have fewer and fewer new songs, and the selected covers hardly fit the mold. During World on Hold, New York Dolls‘ David Johansen could be found taking on … the Doors‘ “People Are Strange”?

The group also updated Boston‘s decidedly unproggy “More Than a Feeling.” By its very title, Songs We Were Taught promises more of the same head-scratching incongruities – and it fully delivers as they return to well-trod favorites from Simon & Garfunkel, Bob Dylan, Cat Stevens and the Band, among others. Hard to imagine any of those folks arriving in an aquatarkus, you know? At the same time, the Prog(?) Collective now finds Ron “Bumblefoot” Thal of Guns N’ Roses, Jeff “Skunk” Baxter and a returning Clayton-Thomas among its ranks. Three other current or former members of Yes appear, but so do Dweezil Zappa and Steve Morse of Deep Purple. Which begs the question: What if we just called it the Collective, without the Prog? How would Songs We Were Taught hold up without the weighty assumptions associated with this whole Moog-spinning, cloud-standing, magician-starring, classical-swiping genre? Answer: pretty well, surprisingly enough.

Morse and Roine Stolt split “Summer Breeze” somewhere between Seals & Crofts‘ original jasmine-scented memory and the metallic ecstasy of the Isley Brothers’ subsequent update. Barre adroitly handles his part on James Taylor‘s “Fire and Rain,” even if Sonja Kristina’s vocal is far too formal. Other than some extended instrumental breaks, there’s not a lot of prog. It’s just as well since some of the tracks were particularly poor candidates for really progging up – including “The Sound of Silence,” “The Times They Are A-Changin'” and “It’s Too Late.” The results are as varied as the source material. Carole King‘s song is one of this set’s biggest revelations, with a gorgeous vocal by Candice Night of Ritchie Blackmore‘s ren-faire folk band Blackmore’s Night. Jon Davison and Geoff Downes turn “The Sound of Silence” into an airy confection – all Garfunkel reverie, without Simon’s morbid wit. Wishbone Ash’s Martin Turner and violinist Jerry Goodman don’t do much, good or bad, with Dylan.

On the other hand, Al Stewart’s “Year of the Cat” was always well suited for a prog turn, and Sherwood does a credible job in collaboration with David Sancious, who was a member of the E Street Band and has backed Peter Gabriel. Thal’s turn is inevitably the heaviest of the bunch. “House of the Rising Sun” finds Clayton-Thomas trapped in a very weird Steve Hillage-driven vehicle. On the other hand, Rod Argent and Baxter approach “The Weight” by the Band with a very welcomed delicacy. Leaving such small, frankly idiosyncratic achievements aside, the Prog Collective finds itself at a creative crossroads. Sherwood still has an impressive number of buddies. But are they out of ideas? Are they even prog anymore? Songs We Were Taught doesn’t have those answers. Maybe the next album will.