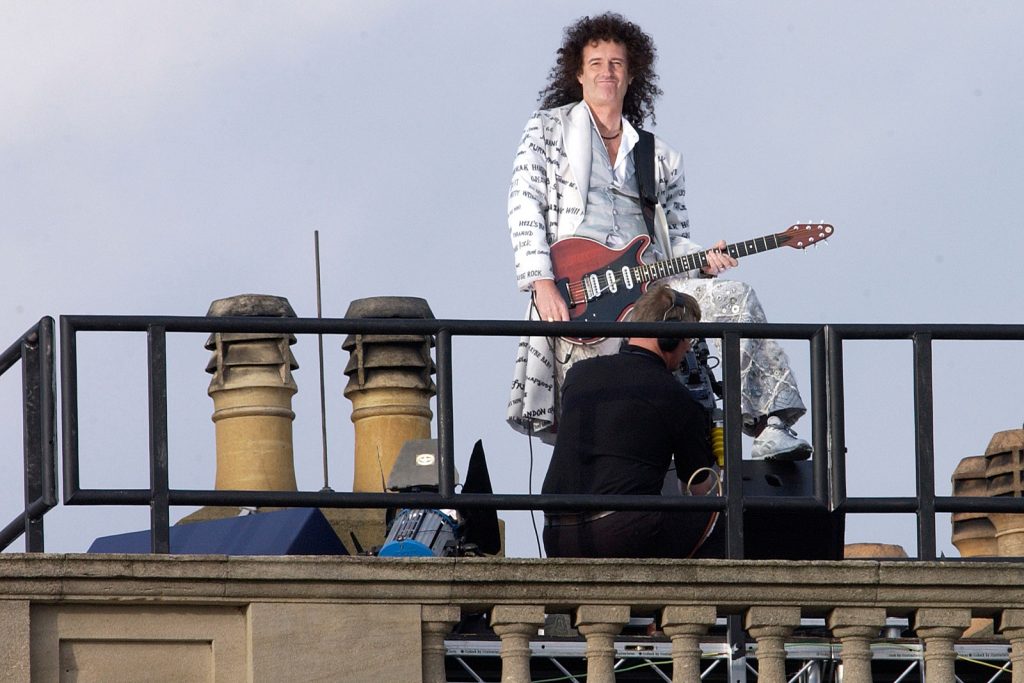 Queen, Elton John, Rod Stewart and Duran Duran are among the many artists announced for a concert next month marking the 70th anniversary of Queen Elizabeth II’s ascension to the throne of the United Kingdom and its Commonwealth.

And while guitarist Brian May confirmed he’d appear alongside Roger Taylor and Adam Lambert, he also hinted that he was hoping to outdo his spectacular performance on the roof of Buckingham Palace in 2002, as part of the Queen’s 50th Jubilee that year.

The British establishment has made more than $27 million available for local jubilee celebrations across England, Scotland, Wales and Northern Ireland, with festivities set to take place over a once-only jubilee weekend on June 2-5.

“Twenty years after playing the Queen’s glorious golden jubilee, we’re very happy to be invited again,” May said in a statement. “Then there was a moment when I wondered … after Buckingham Palace roof, where can you go? Well … you will see.”

You can watch his 2002 rendition of “God Save the Queen” below.

While John will appear on video as a result of previously arranged tour commitments, the concert – which will be aired live on the BBC – is also set to feature Nile Rodgers and Diana Ross, among many others. The event takes place on June 4 from 7.30PM  BT with a live audience of 22,000 people in attendance.

Elizabeth II is the longest-reigning monarch in British history, taking the throne in 1952 following the death of her father, King George VI. Now 96, Elizabeth has been queen for six years longer than the previous record-holder, Queen Victoria, who ruled from 1837 to 1901.