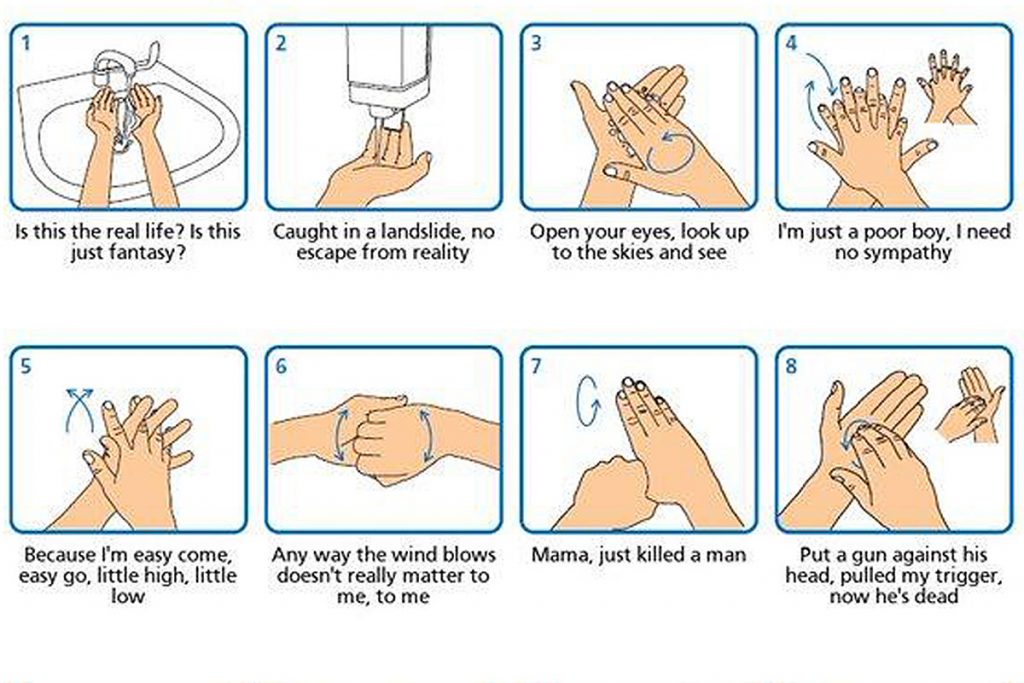 The 17-year-old who created a website to help people wash their hands properly during the coronavirus pandemic said Queen’s “Bohemian Rhapsody” lyrics were the most-used timing aids.

He set up the site Wash Your Lyrics, which combines standard health-service graphics with the lyrics of a visitor’s choice, then generates a poster to be shared on social media. The lyrics can be from well-known songs or custom words – but Gibson reported that the opening lines from “Bohemian Rhapsody” had proved most popular among the 175,000 users during the first three days of operation.

“I had a feeling it would be popular – but didn’t think it would go quite this big,” he told the BBC. “It was weird seeing celebrities I’ve followed for years on Instagram posting about it.” He added that he’d been inspired by the 100 Gecs song “Money Machine,” which includes the words, “I feel so clean like a money machine.”

“It just felt so sad singing ‘Happy Birthday’ to myself every time I washed my hands,” Gibson added.

It’s an unusual new accolade for Queen’s 1975 hit single, which reached a billion YouTube views last year, and is one of just a handful of songs to have spent three different time periods on the Billboard chart.