R.E.M. Gets Kind of Blue on ‘New Orleans Instrumental No. 1’ 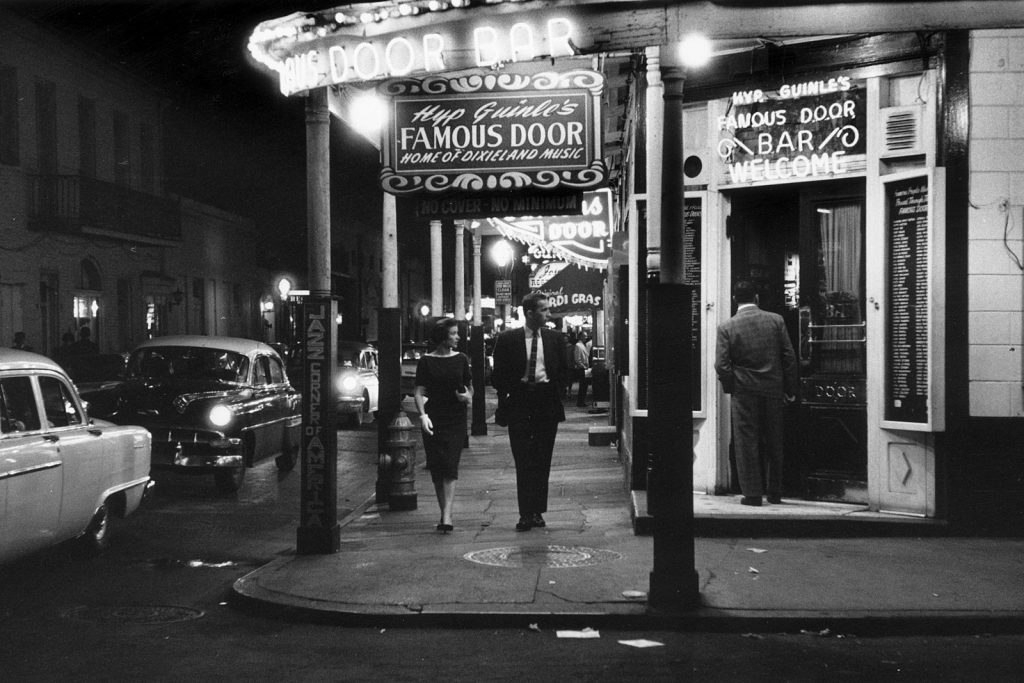 When talking about R.E.M.’s Automatic for the People, bassist and keyboardist Mike Mills claimed the band recorded its 1992 album “in the four corners of the U.S.” While that statement might contain a slight misunderstanding of geography, it’s true that R.E.M. seemed to approach their new record like a progressive dinner. Recordings were done in Athens, Ga.; Woodstock, N.Y.; Miami, Atlanta, Seattle and New Orleans.

In March of ’92, they spent a little more than a week in the Crescent City, setting up camp at Daniel Lanois’ Kingsway Studio in the French Quarter. R.E.M. had already tracked a bunch of demos in their hometown of Athens, so the idea was to possibly create or refine a few more, while conjuring whatever strange sounds seemed to manifest.

Kingsway “is an old, haunted mansion – supposedly haunted – and filled with kind of neat, old antiques, neat instruments,” guitarist Peter Buck said in a 1992 promotional video. “And [we] did demos there, some of which ended up on the record.”

The band recorded much of “Drive” – vocals, guitar, bass and drums – by playing live-to-tape at the studio. Impressed with the results, R.E.M. decided to push further.

“It was two in the morning. There were a couple of bottles of wine around,” Buck told Melody Maker. “Then Daniel said, ‘Why don’t you just write some songs here?’ I sat down with a bottle of wine and wrote three things.”

One of them turned out to be the efficiently titled “New Orleans Instrumental No. 1.” The moody little number featured little more than quivering electric piano, thick-cut bass and an ear-catching foghorn guitar. You could almost hear the smoke billowing in a late-night club.

“That’s a groovy little thing. Peter had a volume pedal or some sort of weird guitar that made those noises,” Mills recalled to Stereogum. “We were just messing around making sounds, and decided to throw that song together. That came out of the sound of that guitar – that’s what got that song going.”

Although a longer version exists, the two-minute-and-13-second edit of the instrumental composition became the fifth track on Automatic. It’s more than a palette cleanser between “Everybody Hurts” and “Sweetness Follows”; “New Orleans” seems to mirror the deeply felt emotions strung throughout the album.

Meanwhile, another song from those Kingsway sessions – named “New Orleans Instrumental No. 2,” of course – became the B-side to the single release of “Man on the Moon.” That track had a totally different feel, described by Buck as sounding like a “deranged piña colada commercial.”

Unlike Out of Time’s “Endgame” – the first instrumental to make a proper R.E.M. studio disc – “New Orleans Instrumental No. 1” was never performed by the band in concert. One of the lower-profile songs to grace an R.E.M. album, the tune got its time in the sun (or, more appropriately, the dark) when it popped up in director Edgar Wright’s 2017 feature film Baby Driver, which was filmed, partially, in New Orleans.

“I would never claim to say that we captured any of New Orleans,” Buck confessed. “But I really wanted to conspicuously try and get a late-night horn feel, that muted trumpet thing.”