R.E.M. Shows Some Soul on ‘Everybody Hurts’ 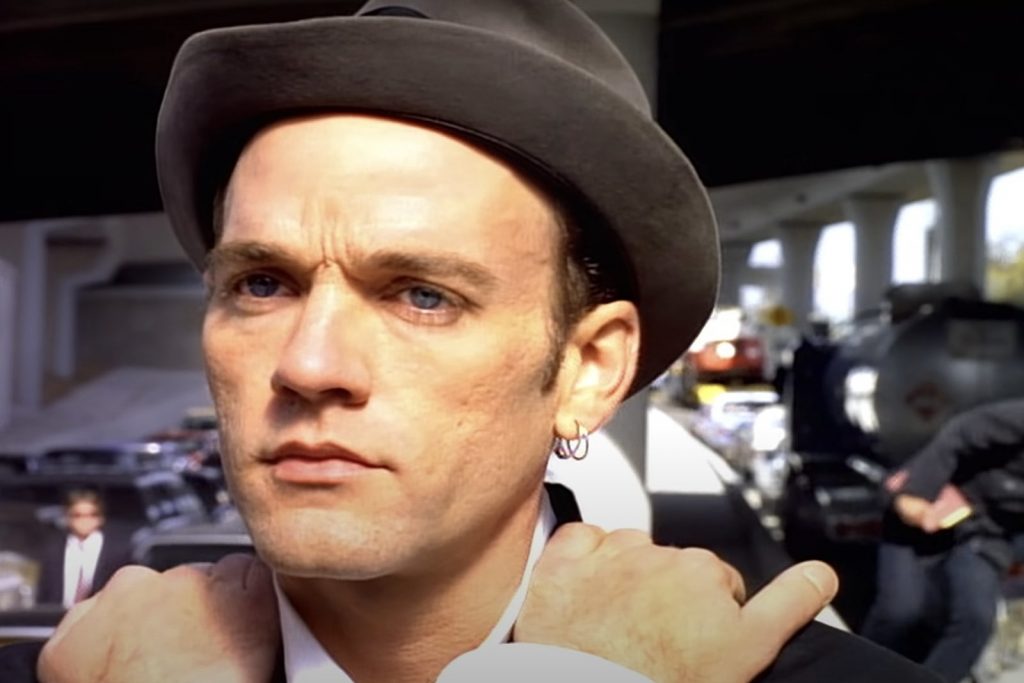 R.E.M. named their eighth album, 1992’s Automatic for the People, after a slogan employed by Weaver D’s, a joint in their hometown of Athens, Ga., that specialized in soul food. But the musicians didn’t just enjoy soul food. They were fans of soul music — an influence that got obscured by the music press’ constant references to the Byrds and New York punks.

But R.E.M. loved R&B records. They goofily covered Archie Bell and the Drells’ “Tighten Up” in the ’80s, and some soul aficionados compared Bill Berry’s drumming to that of Booker T. and the MG’s member Al Jackson Jr.

It was Berry who came up with the rough idea for R.E.M.’s most soulful original song, “Everybody Hurts.” In mid-1991, Berry, guitarist Peter Buck and bassist/keyboardist Mike Mills met up to begin working on music for the band’s follow-up to Out of Time. (Singer Michael Stipe would enter the creative process later, which was standard operating procedure for R.E.M.) One day, the drummer, who also played other instruments, brought in a new idea.

“Bill wrote most of it,” Mills told Melody Maker. “He came in with the chords on guitar. We were actually playing with Bill on guitar, Peter on bass and me on drums. It sounded terrible. We thought, ‘This sucks. Let’s demo it playing our own instruments, play it right.’”

Buck described the initial version of the song, which had no chorus or bridge, as a country-ish ballad. As R.E.M.’s instrumental trio kept at it, the song began to develop a more soulful feeling.

“We went through about four different ideas and how to approach it and eventually came to that Stax, Otis Redding, ‘Pain in My Heart’ kind of vibe,” Buck recalled, via REMHQ. “I’m not sure if Michael would have copped that reference, but to a lot of our fans it was a Staxxy-type thing,”

With Mills playing Booker T. Jones to Buck’s Steve Cropper, “Everybody Hurts” became something of a soul ballad. It had the some of the trademarks of a Stax ballad, including an arpeggiated guitar part, electric piano and 12/8 time signature.

“But then it’s shuffled through us. Like the bridge is in a way-weird different key,” Buck said in 1992. “We’re not Otis Redding. But given that, we took some of the influence, that music we loved for years.”

Berry, Buck and Mills didn’t think that Stipe would respond to their slow and simple approach, and that this track would be consigned to the B-sides and rarities bin. But the singer ended up taking to “Everybody Hurts,” which displayed a much different approach – both in lyrics and performance – to early R.E.M. While Stipe would play fast and loose with enunciation on songs such as “Gardening at Night” and “9-9,” that habit had slowly faded with R.E.M.’s rise to rock prominence. “Everybody Hurts” took one more step forward in being clear and direct.

“There’s a time for obfuscation,” Mills told the East Coast Rocker. “But this wasn’t it.”

Many times since the release of Automatic, R.E.M.’s members have discussed the lyrical ideas of “Everybody Hurts,” explaining that the anti-suicide sentiments of the song were directed at teenagers – or anyone, really – who might need to be reminded that so many people share pain, sadness and dark thoughts. The band had written political songs before (and elsewhere on this album), but this was R.E.M.’s first “message song.” And the message was, “You’re not alone.”

In an ironic twist, the man who was most responsible for the song ended up barely playing on it. Instead of Berry’s drumming, the majority of the track features a metronome-like beat created by a $20 Univox drum machine, although Berry was the one who programmed it.

“Mike and I cut it live with this dumb drum machine which is just as wooden as you can get,” the drummer told Pulse in 1992. “We wanted to get this flow around that: human and non-human at the same time.”

Berry’s normal drums show up for the song’s bridge, and again at the end, when his crisp pounding helps bring “Everybody Hurts” to a soaring conclusion – aided in no small part by full complement of strings. The orchestration was the work members of the Atlanta Symphony Orchestra, supervised by John Paul Jones. Via producer Scott Litt, R.E.M. had asked the Led Zeppelin bassist about arranging strings for “Everybody Hurts” and three other Automatic songs. He agreed and collaborated on the overdubs in the spring of ’92.

“John Paul Jones was great to work with,” Buck said in Reveal: The Story of R.E.M. “He knows his way backwards and forwards on just about every instrument. He’s a great arranger and a super sweet guy.”

“Everybody Hurts” became the fourth track on Automatic for the People, which came out in October 1992, as well as the fourth single R.E.M. released from the album. The song became a smash overseas, hitting No. 7 in the U.K., No. 4 in the Netherlands and No. 6 in Australia, where it remains the highest-charting hit of the band’s career. “Everybody Hurts” also went over well in R.E.M.’s home country, going to No. 29 on the Billboard Hot 100. The commercial success was helped, maybe even overshadowed, by the song’s music video.

In one of R.E.M.’s most iconic clips, the band finds themselves in the middle of a traffic jam (shot by Jake Scott on a freeway in San Antonio). Subtitles flutter between song lyrics and – in a Fellini-esque touch – the unheard thoughts of R.E.M.’s fellow motorists, in snippets that are funny, strange and devastating. The band gets out of their car, Stipe starts to sing and everyone is moved to just get out and walk.

“Michael is probably the best artist I’ve worked with in terms of understanding his performance, even though he’s so insecure all the time,” Scott, who is the son of big-time film director Ridley Scott (Alien, Blade Runner) told Spin in 1995. “In ‘Everybody Hurts,’ he felt exposed and agoraphobic and I think that worked for the video. It’s rare that somebody has the confidence and awareness to look awkward and quite afraid in front of the camera.”

MTV agreed, playing the video early and often and awarding it multiple Moonmen at 1993’s Video Music Awards, at which R.E.M. performed the song for only the second time in public. (As with Out of Time, the band had again chosen to forgo a tour to promote Automatic.) But in the following years, “Everybody Hurts” became a frequent part of R.E.M.’s set and was featured at the band’s final full performance in 2008 in Mexico City. It’s been part of each best-of collection that includes the group’s Warner Bros. years.

“Everybody Hurts” also became bigger than just one of R.E.M.’s hits. In Nevada, a state that has a high rate of teen suicide, the legislature celebrated the song for its message. A U.K. counselling service based an ad campaign around the hit, hoping to help more young people who were contemplating suicide. And, in 2010, R.E.M. gave their permission for the song’s use (sans royalties) for an all-star charity single that sought to raise money for the people of Haiti after that year’s earthquake.

Watch the Helping Haiti Version of ‘Everybody Hurts’

If the song has been perceived as too square, maudlin or basic by some music fans, Mills thinks that’s due to its overexposure on the airwaves. But it’s clear that the members of R.E.M. take pride in it, especially Stipe.

“I don’t remember singing it, but I still kind of can’t believe my voice is on this recording,” he wrote in Part Lies, Part Heart, Part Truth, Part Garbage 1982-2011. “It’s very pure. This song instantly belonged to everyone except us, and that honestly means the world to me.”