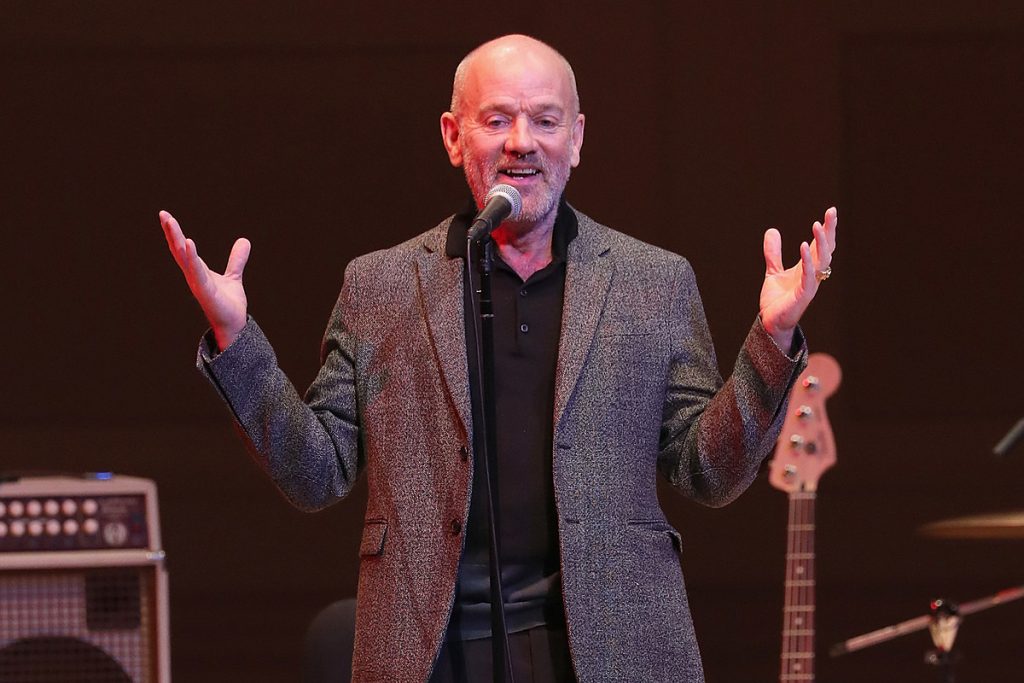 R.E.M. singer Michael Stipe has announced the release of a new solo single. The track, titled “Your Capricious Soul” we be available Oct. 5 exclusively through his website.

The song marks Stipe’s first material since R.E.M. called it quits in 2011. Proceeds from the song will benefit Extinction Rebellion, an activist group focused on saving the environment from climate change. The download is priced at 77 cents, but those who want to pay more to support Extinction Rebellion are encouraged to do so.

“I took a long break from music, and I wanted to jump back in,” Stipe explained in a press release. “I love ‘Your Capricious Soul’ — it’s my first solo work. I want to add my voice to this exciting shift in consciousness.”

The singer went on to reveal that working with the activist group sped up the song’s release. “Extinction Rebellion gave me the incentive to push the release and not wait,” he said. “Our relationship to the environment has been a lifelong concern, and I now feel hopeful — optimistic, even. I believe we can bring the kind of change needed to improve our beautiful planet earth, our standing and our place on it.”

Stipe performed “Your Capricious Soul” earlier this year during a concert opening for Patti Smith at New York’s Webster Hall. You can watch video of the performance below.

Even as Stipe begins his foray into solo work, new releases from R.E.M. continue to come out. A 25th-anniversary box-set of their 1994 album Monster will arrive Nov. 1.

The band also recently uncovered a previously unreleased track, “Fascinating,” putting it on sale to the public with proceeds benefiting Hurricane Dorian relief.