Rage Against the Machine Performs First Concert in Over a Decade 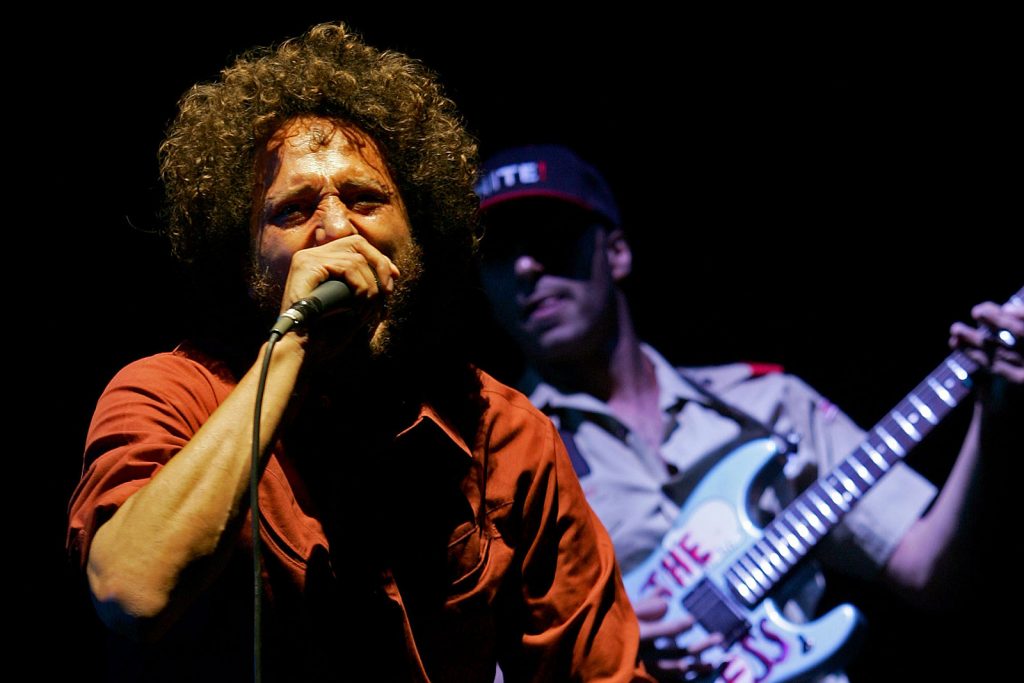 Rage Against the Machine launched their Public Service Announcement tour with a concert in East Troy, Wisc. on Saturday (July 9), marking their first performance together in more than a decade.

The band tore through a 16-song set filled with classics, including “Bulls on Parade,” “Sleep Now in the Fire,” “Guerrilla Radio” and “Killing in the Name.” They also dusted off their cover of Bruce Springsteen‘s “The Ghost of Tom Joad,” along with a few songs that hadn’t been played live since 2008 (“Tire Me,” “Without a Face” and “War Within a Breath”).

According to Rolling Stone, the band didn’t address the crowd during the show, but they did include some intense visuals on the screens behind them — including an El Paso police car on fire and a group of refugees in a boat; at one point, the words “Abort the Supreme Court” appeared.

The last time Rage Against the Machine took the stage together was July 30, 2011 at the Los Angeles Memorial Coliseum. From 2016 to 19, three-fourths of the band — guitarist Tom Morello, bassist Tim Commerford and drummer Brad Wilk — formed Prophets of Rage alongside rappers Chuck D of Public Enemy and B-Real of Cypress Hlil. Meanwhile, singer Zack de la Rocha, the lone Rage Against the Machine member who did not participate in Prophets of Rage, sporadically contributed to songs by other artists, including hip-hop duo Run the Jewels, who are opening for Rage on the new tour.

Rage Against the Machine originally planned to reunite for the Public Service Announcement tour in 2020; however, the COVID-19 pandemic pushed the start date back twice. The first leg, which includes dates in the U.S. and Europe, is now scheduled to run through September. A second leg, entirely in North America, will start in February 2023 and end in early April.

Watch Rage Against the Machine Play ‘Bulls on Parade’ Live

Watch Rage Against the Machine Play ‘Know Your Enemy’ Live