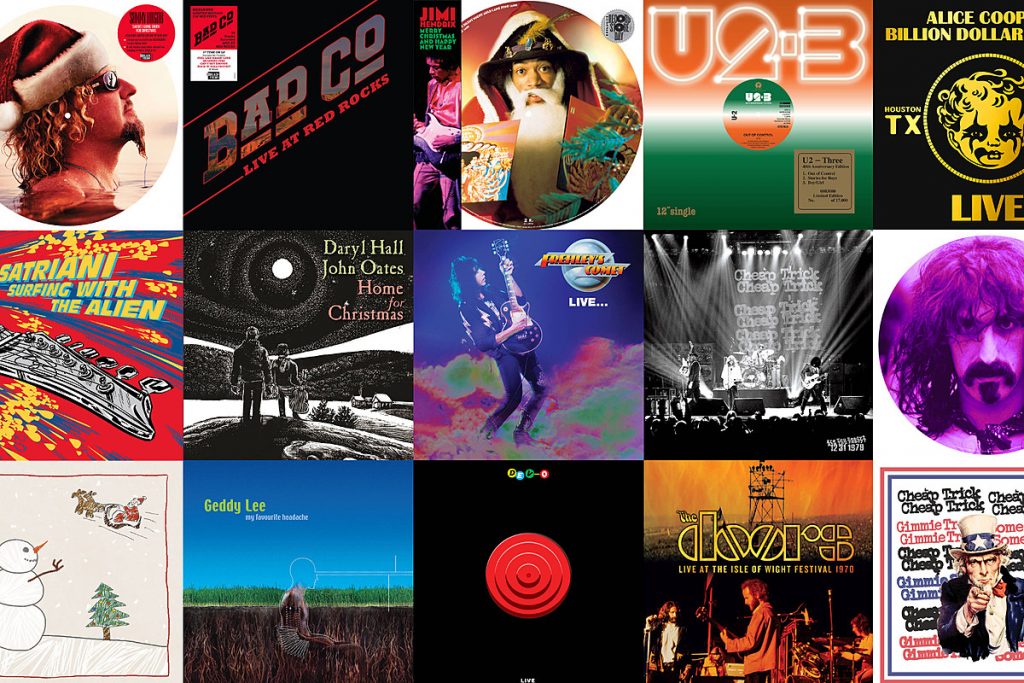 Though separate from the traditional Record Store Day — which takes place in April — the Black Friday releases follow a similar theme of rare material usually available in limited quantities and almost exclusively on vinyl. This marks the ninth year organizers have unveiled Black Friday releases.

“Since 2010, the organizers of April’s worldwide celebration of the record store, Record Store Day, have worked to shift the perception of Black Friday as a mass-produced, low-as-you-can-go event,” declared the announcement’s press release. Organizers went on to note that Record Store Day Black Friday concentrates instead on “a list of special releases that highlight how great gifts from a record store can be, and celebrating the kick-off of the holiday rush at independently owned neighborhood businesses.”

The list of participating artists for Record Store Day Black Friday is long and impressive. U2, Sammy Hagar, Cheap Trick, Eric Clapton, Alice Cooper and Devo are among the many classic rock artists releasing material.

In addition, fans excited by Paul McCartney’s recent announcement of two previously unheard songs from the Egypt Station sessions should take note: Though “Home Tonight” and “In a Hurry” will be available digitally on Nov. 22, you’ll have to wait until Nov. 29 to get the songs on double A-side 7″ picture disc.

A full rundown of this year’s Record Store Day Black Friday releases can be found at its website. We’ve combed through the list and assembled some of our favorites below.